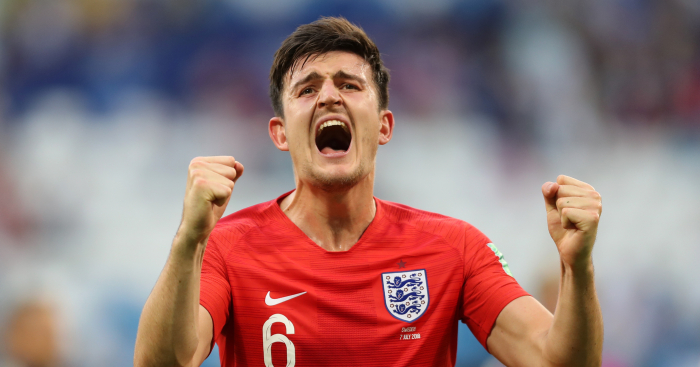 We are very hungover after England made it to the semi-final of a World Cup for the first time since 1990.

Harry Maguire and Dele Alli scored a header a-piece to send Gareth Southgate’s men through to the last four, and to send the country wild.

We’ve taken a look at some of the best bits on and off the pitch from the 24th day of the 2018 World Cup in Russia.

A colossal man of the match performance.

We’ve got a new meme on our hands. It’s still coming home, though.

The BBC pundit is at it again. Legend.

Loving the scenes back home… here’s the scenes in Moscow with the legend @alanshearer on the 🎤 #AllNightLong #ItsComingHome #England #WorldCup pic.twitter.com/vxmfkaaXFN

So to add to the brilliance of England’s win, the empty seats in the stadium for the Sweden match were because German fans had bought them before the tournament.

Apparently there was another game happening somewhere, and this happened.

This looks like a bromance we need to see more of.

Croatia, the country that unites Barcelona and Real Madrid fans. This video, quite literally, sums it up.pic.twitter.com/wfQJBAEDiv