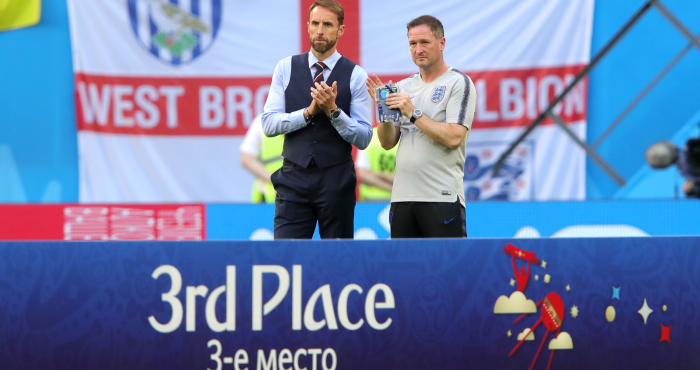 The World Cup is almost over, with England finishing their campaign with a 2-0 defeat to Belgium.

While England may finally be coming home, we have plenty to be proud of after a fantastic tournament.

We take a look back on everything we loved on day 31.

Now *that* is how you move the ball.

Not a bad save either.

WHAT A MOVE! Moments before their second goal a fantastic counter-attack from Belgium sees England on the back-foot, but Pickford denies Meunier with a fine save! pic.twitter.com/BYdLaurb3b

Dear non English football fans.
Football’s coming home is a fun song highlighting the lack of success of our football team for decades. No one really thought we’d win it. I totally get why you might think it was arrogance, but it’s more our self deprecatory sense of humour. 👍🏻

Jordan Pickford showed commendable restraint in the tunnel after the semi-final defeat when a member of a Croatian TV crew taunted him with "You should have f***ing won that". Pickford calmly replied "next time" and carried on to the dressing-room. #eng #WorldCup

He was bloody awesome throughout, right?

Kieran Trippier has now created more chances (24) at the 2018 #WorldCup than any other player.

The #ENG defender has had a fine tournament 👌 pic.twitter.com/iDVkXbgXWO

A round of applause for our Gareth? Fully deserved.

Gareth Southgate leaves his final #WorldCup press conference to a round of applause after ending it with a thank you to Russia for the excellent way they've hosted the tournament and the media for their fair coverage. #ThreeLions

Ivan Rakitic says he’ll get a tattoo on his forehead if Croatia win the World Cup 😂 pic.twitter.com/DXUo59Ohwe