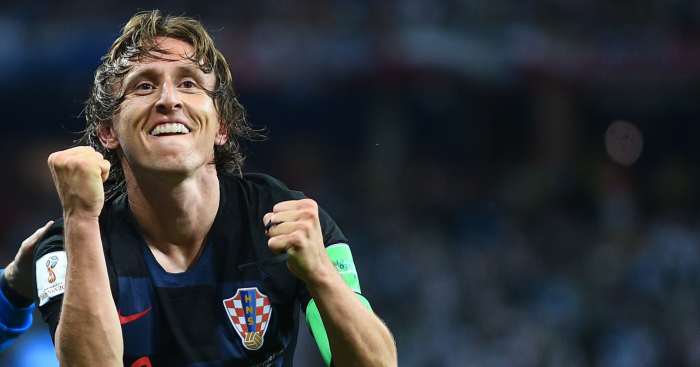 Manchester City and Chelsea men, plus a former Tottenham star, all caught our eye on day eight of the World Cup.

Croatia’s 3-0 defeat of Argentina stole the headlines on Thursday, while Australia impressed in a 1-1 draw with Denmark and France knocked out neutrals’ favourites Peru with a 1-0 win.

Oh, Willy, mate. Don’t do that. Still, credit to Rebic, while those around him lost their heads, he just tw*tted it in.

Rather reminiscent of the night he became world class, you might say.

Even St Petersburg’s Academy of Fine Arts Museum has got World Cup fever.

The Manchester City midfielder sticks up for his club team-mate Raheem Sterling.

No holding back! 😳@fernandinho tears into the British press' treatment of @ManCity team-mate @sterling7 and claims they are deliberately 'pursuing' the winger. #MCFC pic.twitter.com/QZcuPjD5CI

How can anyone say Bert Van Marwijk is unadventurous when he gets his coaching staff to wear lanyards like this: pic.twitter.com/K5LIrfJRF0

We still can’t get our heads around that stand, and now we’re really sad that Peru have been knocked out.

Peru singing in that inside out stand. Tingles. pic.twitter.com/TrrVuwZ9SK

We really want to be on this bus.

#ARG fans chanting on their way to the Nizhny Novgorod Stadium, where they will be facing #CRO

We sort of want to be here, too, but maybe stood a little bit away from it.

It really is lovely to see.

Brazilians in St Petersburg bar pissing themselves laughing over the replay