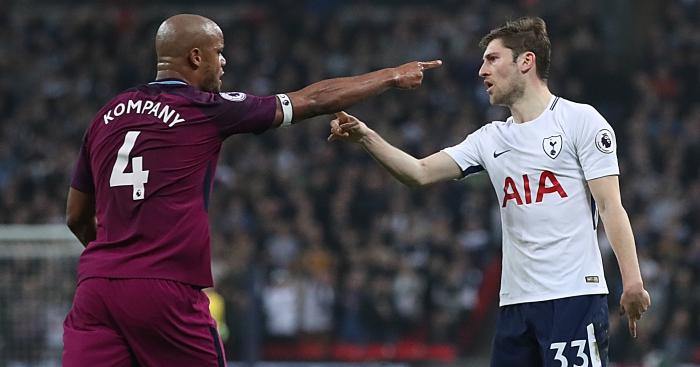 On a landmark weekend for Manchester City, we also enjoyed moments from Real Madrid, PSG and AC Milan players.

In the Championship, meanwhile, Wolves’ promotion to the Championship was confirmed, meaning we get to see the delightful talents of Ruben Neves and co in the Premier League next term.

We can’t be arsed to argue about whether they’re the best team in Premier League history because, mate, it’s boring.

But Champions 2017-18, and well deserved too. Congratulations are in order.

Our Time. Our City.

We love you, Dave.

My 3rd league but this one is the most special.Thanks to everyone for supporting me in this tough year!🏆🏆🏆 pic.twitter.com/kKslE189uu

Even when he’s celebrating he’s quite intimidating.

In the words of Alan Partridge: “TW*T!”

Whacks it, absolutely whacks it. pic.twitter.com/Q14hCst4ah

And another. In the 89th minute. To put Porto top of the table. Yes.

The midfielder scored Real Madrid’s opener in their 2-1 victory over his former club Malaga with a splendid free-kick. He’s also very handsome. What more do you want?

PSG clinched the Ligue 1 title in typical PSG style by beating Monaco 7-1 on Sunday. We’re suckers for seeing a goalkeeper get chipped.

If you know, you know. If you don’t, this will probably be very confusing.

Honestly, this is absolutely mental. 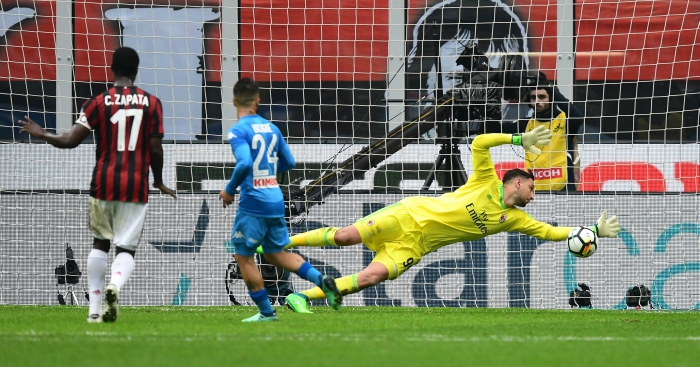