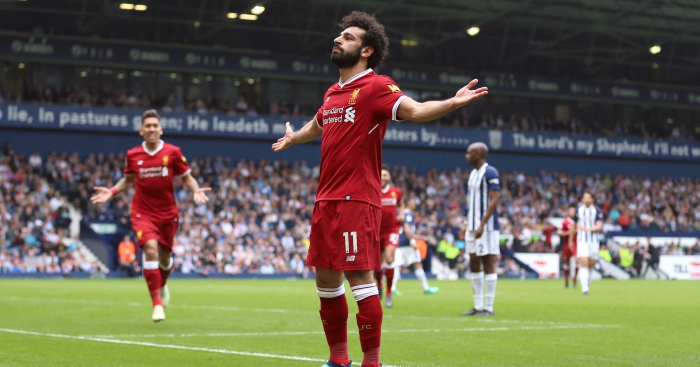 Liverpool, Manchester City, Arsenal and Chelsea attackers all caught our eye on a big weekend for football.

The semi-finals of the FA Cup took centre stage in England as Manchester United beat Tottenham to set up a date at Wembley with Chelsea, who were victorious against Southampton.

In Italy, meanwhile, Juventus hosted Napoli in a huge clash in the race for the Serie A title.

It’s hard to argue with 41 goal in all competitions in a single season. Congrats, Mo.

He may not have won PFA Player of the Year, but he’s f*cking good.

Our favourite stat of the weekend by an absolute mile.

One of my favourite football records has been broken today. Gainsborough Trinity (established in 1873) were relegated from the National North. It is the first time they have ever been promoted or relegated in their entire history. 🤓

Start your Monday by feeling nice and warm inside.

FOOTBALL FANS ARE SCUM OF THE EARTH. FANS OF OPPOSING SIDES MUST NOT BE LET ANYWHERE NEAR EACH OTHER.

(see: juve and napoli fans bumping into each other in turin ahead of tomorrow's game.)

After Napoli secured a huge 1-0 win at Juventus, their players were given a hero’s welcome upon their return to Naples.

3:30am and this is the reception Napoli fans are giving their team as they wait for their plane to land…

Not many other places in the world. pic.twitter.com/5HprYBiJz0

Speaking of wild receptions, St Mirren were greeted by something akin to the reception in Naples after winning the Scottish Championship title. Watch out for the fireworks…

Wait for the fireworks at the end

The Swansea manager is at it again, his metaphors have now extended to the club’s need to “sh*t points”.

You received seven texts at once on Sunday. They all said: “Good feet for a big man.”

We’re not really sure what to say about this.

When you invite the fan who tatooed your face on his.. body 😂😂😂 #CrazyFan #Coyg