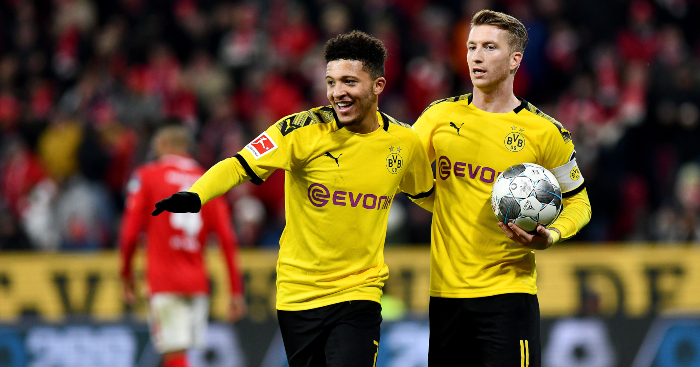 Liverpool continued their relentless pursuit of the Premier League title this weekend, although there were a couple of touching moments involving their opponents Watford.

Elsewhere, we’re delighted to inform you Italian football is completely batsh*t even at under-16 level.

Goal of the weekend.

Actually, is this goal of the weekend?

Luka Stojanovic just scored for Cukaricki against Zvezda from his own half. Absolutely sensational @SerbianFooty pic.twitter.com/1HTLaW2Whq

Not a bad day’s work.

The Little Magician put on an absolute show today for @FCBayernUS. pic.twitter.com/KqMCoZT5Eb

Even at under-16 level, it’s ridiculous. The goal is an absolute rocket too.

Incredible scenes during Sassuolo vs Juventus U16: Juventus have three players sent off in the space of a minute including the keeper & a Juve outfield player is forced to go in goal. Sassuolo then score with the final kick of the game to make it 3-3. from r/soccer

One of the good guys.

Not enough positive stories get published about sports stars but take a minute too read this and appreciate the kindness of @WatfordFC ‘s Ben Foster and his family, amazing ❤️👏🏽 pic.twitter.com/aSNrnG3jJK

Jadon Sancho is the first player this season to score 10+ goals and provide 10+ assists in a top five European league and European competition combined.

This thread is worth your time.

With this in mind, who were the terrible teams in objectively gorgeous kits? https://t.co/a3nITgBuzf