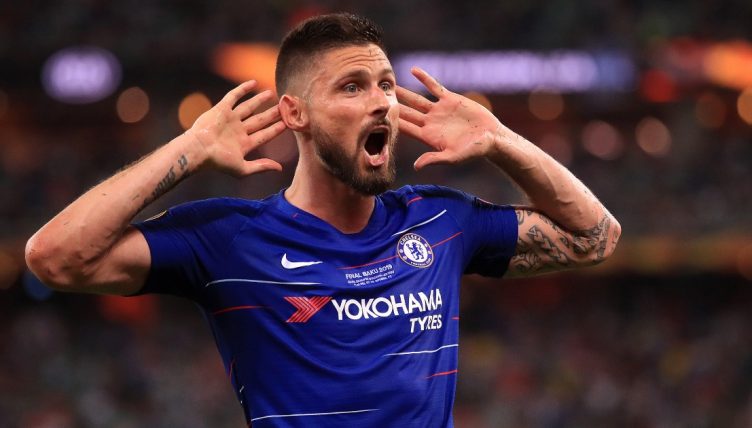 Arsenal have had many great players over the years, but loyalty is not a common trait amongst them.

A number of stars have left the club in favour of fresh challenges, often with rival clubs, and returned only to deliver pain to the fans who once idolised them.

Joe Willock is the latest player who left Arsenal, joining Newcastle for £23million in the summer window.

While he wasn’t a star on the same level as Cesc Fabregas or Robin van Persie, he was an academy product who joined the club when he was just four, and was magnificent in his loan spell with the Magpies last season.

Arsenal seem to be haunted more than anyone else when it comes to facing their former stars. So we’ve picked the best nine occasions where a player Arsenal let go returned to exact their revenge.

The Dutch striker caused anger amongst Arsenal fans in 2012 when he wrote an open letter explaining his desire to join a club with “more ambition”, and, despite interest from Juventus and Manchester City, joined heated rivals Manchester United.

Once revered at Arsenal, the club captain had committed a crime of betrayal, and his Arsenal legacy was destroyed. There was, then, considerable hostility towards him from the Arsenal faithful when the two clubs met for the first time following his move.

It only took him three minutes to score, latching onto a mistake by Thomas Vermaelen to send the Old Trafford crowd into raptures. As a mark of respect, he did not celebrate.

However, the following season, the two clubs were in very different positions when they faced each other in Manchester. Arsenal were five points clear at the top of the league, while United were struggling under new manager David Moyes.

Van Persie had the last laugh though, scoring the only goal of the game to break Arsenal hearts, and this time there was no respect. Arsenal fans watched on in horror as the forward powered a header in from a corner, and the celebrations seemed to last an eternity.

Emmanuel Adebayor has somehow forged out a career path where he is either forgotten about, disliked or purely hated at every club he has played for.

No one hates him more than Arsenal though, and understandably so.

After moving to newly oil-rich Manchester City in 2009, he scored against the team where he spent three productive seasons, but famously he sprinted across the pitch to rub it into the faces of what is probably the angriest away end in Premier League history.

If it wasn’t possible for Arsenal fans to hate him more, he managed it by later moving back to north London with Tottenham, scoring against Arsenal again before seeing red for a dangerous tackle on Santi Cazorla.

We don’t think he’ll be welcomed back any time soon.

This celebration will never, EVER, get old. 👑

The former captain and hero broke Arsenal hearts when he went to Barcelona, but after just three seasons where he failed to make the impact he wanted, he decided to return to London.

However, his return to the capital was not with his “beloved” Arsenal, but to Jose Mourinho’s Chelsea.

To top it all off, the Spaniard scored the third in a 3-1 home win for the Blues against Arsenal, seizing upon an error from ex-Chelsea ‘keeper Petr Cech in the Arsenal goal to finish from distance in a game which ended any hope of a title charge for Arsene Wenger.

The Argentine goalkeeper spent 10 years at Arsenal before joining Aston Villa in a £20million move last summer, but spent the majority of that time on the bench or out on loan.

Only becoming a regular in his final few months at the club, during which he won the FA Cup, Martinez has been asked about Arsenal in every interview he’s had, recalling tales from his 10 years as if he were in prison.

When he returned to the Emirates last season, it was in a shock 3-0 Villa win, in which Arsenal were humiliated. Martinez and Villa did the double over his old club, and he seemed to prove Arsenal wrong.

His former team-mates had the last laugh though, beating Villa 3-1 this season, which saw Martinez save a penalty from Aubameyang, but frustratingly concede the rebound. So close, yet so far.

Another player who committed treason by moving directly to United from Arsenal, the Chilean who was once a superstar at Arsenal was abysmal in his time at Old Trafford.

Moving in a swap deal for Henrikh Mkhitaryan, Alexis only scored five goals for United, but typically one came against Arsenal, as they blew his old team away with a 3-1 away win in the FA Cup.

Man United leads Arsenal 2-0 in their FA Cup showdown after two quick goals, and naturally, it's Alexis Sanchez getting it started (via @EmiratesFACup) pic.twitter.com/L7VDn0mRD8

One of the few sales which Arsenal fans were not unhappy about, the midfielder joined Liverpool for £40million in a deadline day move in 2017.

Injuries have meant the Ox has not reached the heights expected of him, but he nevertheless scored a screamer against his former team in the crazy 5-5 draw in the 2019-20 Carabao Cup.

The former England international has always been respectful to his old team, and there were no Adebayor-style antics from him.

Arguably one of the sorest ones, Giroud left Arsenal in the best possible terms one could have when moving directly to Chelsea, but it was a move that suited everyone at the time.

Despite this all being on good terms, the French striker went on to score against his old team in the 2019 Europa League final, and following the game openly disrespected the club at which he scored over 100 goals, shouting “thank you Arsenal” whilst lifting the trophy.

Still held in high regard by Arsenal fans, Walcott spent 13 years at the Emirates, scoring over 100 goals. The forward left Arsenal on good terms in 2018, moving to Everton for £20million, but after struggling there, went back home to Southampton.

When Arsenal faced Southampton in 2020, they were in a crisis. Five league losses in a row meant that confidence was on the floor, and Walcott piled on the misery, scoring to put the away side 1-0 up and celebrating enthusiastically.

Not quite Adebayor, but a painful blow for fans watching on.

One of the greatest goalscorers in English football history, the striker who scored 121 goals for Manchester United actually came through the academy at Arsenal, but only made one top-flight appearance for the Gunners before being loaned out and eventually sold.

Arsenal would regret this for years to come, as not only did he develop into a world-class forward, but he also scored three goals against them, one for Newcastle and two for Manchester United. Ouch.