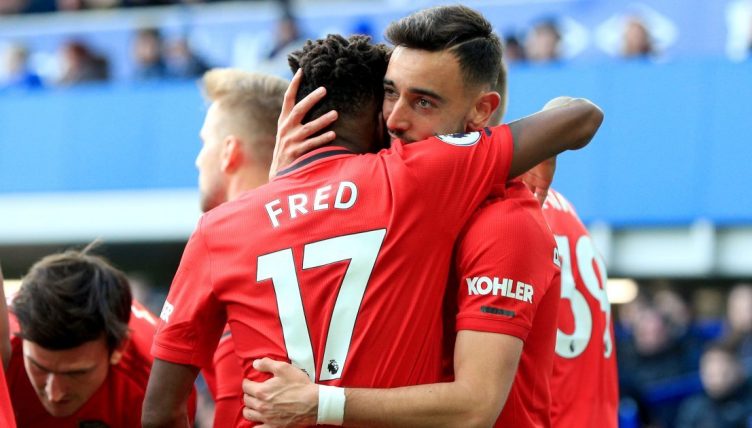 While Bruno Fernandes has been a revelation for Manchester United, he’s also displayed his ruthless streak off the pitch.

Fernandes joined United in January 2020 and is already a huge fans’ favourite but may not always be the most popular figure inside the dressing room.

We’ve taken a look at 10 times where the midfielder has trolled one of his team-mates since moving to Old Trafford.

McTominay clearly used his time in lockdown productively and made sure to share a picture of his ripped physique on social media.

Reacting to the picture, Fernandes jokingly reminded his team-mate that he needs to remember to do some work on his football skills too.

It’s fair to say Fred won’t be taking many free-kicks for United this season.

"I like to watch and learn from Juan [Mata] because I think he's a good specialist. In training, me and Juan stay longer, but also Rashy and Alex [Telles], Fred also stays… but it's just to have fun with us." 😂😂 pic.twitter.com/Sd68kOI7Hs

Fernandes loves showcasing his skills and clearly wasn’t too impressed with Matic’s keepy-uppies.

Wan-Bissaka’s goal against Newcastle United in October 2020 was his first strike in senior football and it certainly took everybody by surprise.

“[We were so happy] because we didn’t know he can shoot!” Fernandes told MUTV after the game. “So it’s difficult for us believing he can score because we never see him shooting.

“We were talking about it now in the dressing room and asking him because we all were thinking he wanted to cross and he makes a bad ball and scores.”

Fernandes was quick to joke with Martial on social media about his lack of headed finishes following United’s 2-0 win over Chelsea in February 2020.

The Portugal international also told Martial: “Next time I pass to you, try to not to miss it”, with Martial replying “give me a better pass”.

After the duo linked up for a goal against Manchester City in March 2020, Fernandes said: “Finally you scored with my assist”.

As soon as Martial starts running, Bruno puts him through on goal. 🔥pic.twitter.com/92QCNy08ns

While Rashford scored in United’s 3-1 win over West Ham, he also missed a great chance after being set through on goal by Fernandes.

The 26-year-old congratulated his team-mate after the game but couldn’t resist a light-hearted dig about that miss.

During a training session at Carrington, Fernandes humiliated Bishop by lofting a delicate finish over the young goalkeeper.

Just to rub salt into his wounds, the midfielder then shared the video on Instagram and also added a message reading “Sorry @nathanbishop30” alongside an emoji. 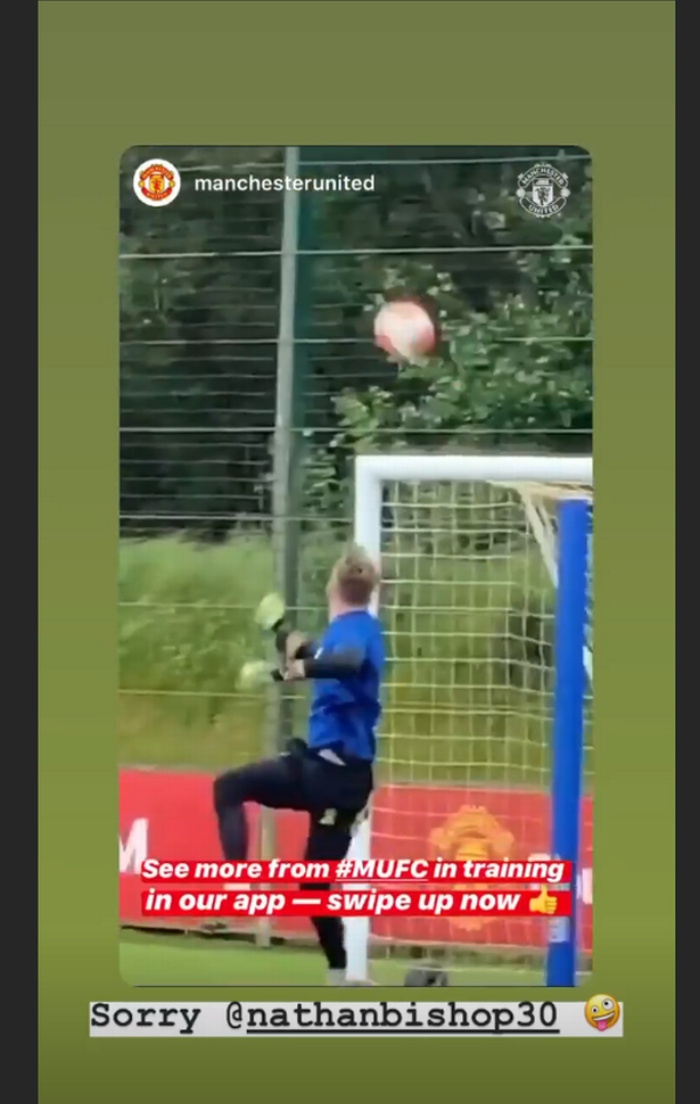 McTominay was United’s unlikely hero against Leeds in December 2020, becoming the first player in Premier League history to net twice inside the opening three minutes of a match.

Fernandes was clearly stunned by McTominay’s performance, giving him the nickname “Scottynaldinho” on social media.

“I think it’s important to know the spirit of the group,” Fernandes told United’s official website. “It is really important. I like to joke with the players. As I’ve said before, we are like a family.

“We spend a lot of time here [at the Aon Training Complex]. We go to the hotels and to the games and have a lot of time together.

Mctominay: “ Oi, We’ll be having words tomorrow me & you 🙄😂” pic.twitter.com/dGojtkPgdg

Fernandes is renowned for his competitive streak and certainly enjoyed beating Matic’s team during a training session.

IG: “Nemanja Matic is always a distance between the winning team and your team 🤪😘” #MUFC [brunofernandes.10] pic.twitter.com/a0DvIvhldQ