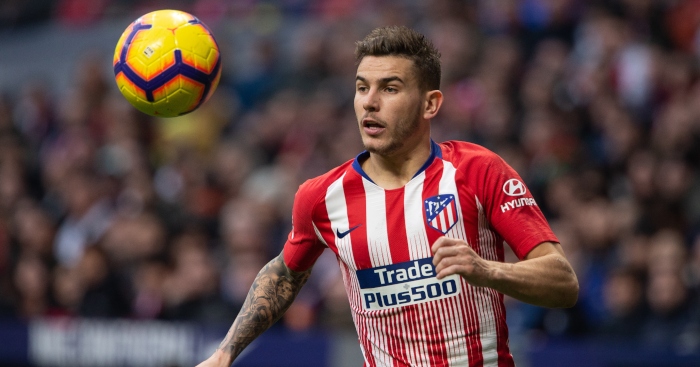 As we head towards the opening of the transfer window, the rumour mill is going into overdrive, but a number of intriguing deals have already been completed around Europe.

With domestic competitions gradually coming to a close over the next few weeks, clubs are kicking their transfer plans into action.

And we’ve taken a look at nine transfers which have already been confirmed ahead of the transfer window opening.

Bayern Munich’s prolonged chase of Callum Hudson-Odoi was a signal of their intention to move on some of their old guard and add a new injection of youth to a squad which has struggled at times this season.

Their signing of Atletico Madrid defender Hernandez has been a major statement of intent in that regard, with the 23-year-old joining in a club-record €80million deal.

One of UEFA’s Ones to Watch ahead of 2018-19, Pavard had already caught the eye with a stunning goal in France’s World Cup-winning campaign and will join his fellow compatriot Hernandez in bolstering Bayern Munich’s backline.

The 21-year-old is already accustomed to life in Bundesliga, having spent the last three seasons at Stuttgart, who have received a €35million transfer fee for the defender.

Another of UEFA’s Ones to Watch, Arp broke into Hamburg’s first team last season, scoring twice as they suffered relegation from Bundesliga.

Despite playing just 417 minutes in Germany’s second tier, in which he failed to score, the 19-year-old forward has agreed to join Bayern Munich, although he has been given the choice whether to make the move this summer or spend another campaign with Hamburg.

Jann-Fiete Arp | Bayern Munich have agreement to sign Hamburg youngster, report Bild. Contracts signed, just a matter of whether he joins this summer or in 2020.

HSV have no say over when move happens, they’ll get just €2.5m.

Having staked his claim to become USA’s No.1 in the last 18 months and being named MLS’ Goalkeeper of the Year for 2018, Steffen will join Manchester City this summer in a £7million move from Columbus Crew.

The 24-year-old, who previously spent two seasons in Europe with Freiburg, has already been touted to move on loan to Bristol City for 2019-20, according to Bristol Live.

Allowing their 2017-18 Player of the Year to run down on his contract leave on a free transfer doesn’t appear to be the wisest move from Arsenal.

Still, it will be genuinely interesting to see how the midfielder fares in Serie A for Juventus next season.

A player you may not be too familiar with, Demirbay started his career at Borussia Dortmund before moving to Hamburg but has made his name as a creative No.10 for Hoffenheim.

The 25-year-old has registered eight assists in each of his past two seasons with Hoffenheim, as well as chipping in with a steady stream of goals, convincing Bayer Leverkusen to pay up to €32million for the two-cap Germany international’s services next term.

As a result of the deal, Willem II will receive a windfall which roughly equates to 63% of their annual budget, having negotiated a 10% sell-on clause when De Jong left their academy to join Ajax.

Much like Bayern Munich, Real Madrid are also set to undergo something of a rebuild this summer, with a number of older heads expected to depart alongside while some fresh faces arrive.

Militão is one such signing, with the 21-year-old defender arriving from Porto in a €50million deal. The Brazil international has spent just one season in Portugal, having left Sao Paulo last summer.

1 – FC Porto have only suffered one defeat in the Primeira Liga this season when defender Eder Militão has featured (W22 D4 L1), while they’ve lost two of the five games that he hasn’t played in (W3 D0 L2). Key. pic.twitter.com/SbhSXVRJQR

Another young Brazilian heading to the Bernabeu, Rodrygo is following in the footsteps of Robinho by swapping Santos for the Spanish capital.

Real Madrid have paid €45million to land the 18-year-old, who is the youngest Santos player to appear in the Copa Libertadores, and the youngest Brazilian to score in the competition.

But the forward knows he has a huge task ahead of him to break into Zinedine Zidane’s first team.

“I must improve,” he said. “Real Madrid is the biggest club in the world and I have to improve to be at the level of their players.

“I’m already missing Brazil and I will miss it even more when I leave. I want to come back some day, I can’t promise it because you never know what will happen in the future.”