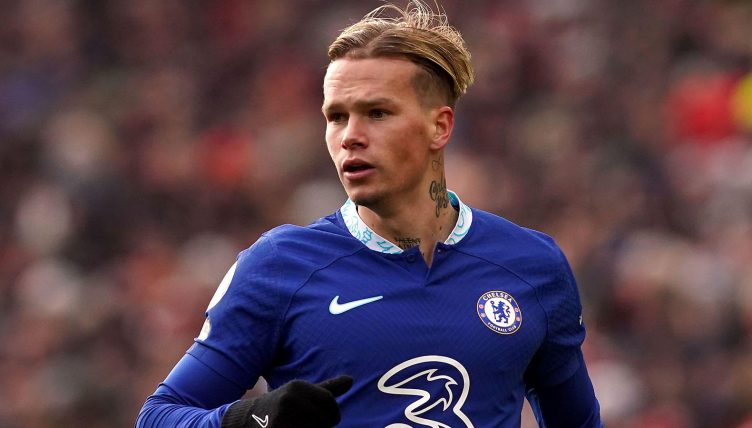 Arsenal have shown their eye for a bargain on many occasions, but their reluctance to break the bank has sometimes seen them miss out on some top players.

For every cut-price signing who has come good, there are plenty more illustrious names who ended up succeeding elsewhere because Arsenal were not prepared to meet their asking price.

When you throw in those who simply didn’t want to join the club, there’s a laundry list of top talents in the ‘might have signed for Arsenal’ pile.

So we’ve taken 10 players that Arsenal have missed out on over the last 13 years, looking at where they ended up and, where appropriate, who Arsenal signed instead.

The “Ukrainian Neymar” had been chased by the table-topping Gunners throughout the early weeks of the January transfer window. They reportedly had three big bids knocked back by Shakhtar Donetsk, who instead did a swift deal with Chelsea.

Arsenal didn’t rest on their laurels and quickly sprang into action to sign Leandro Trossard from Brighton. Time will tell which player does better, but Trossard at £27million looks much less of a risk than Mudryk for nearly three times that.

The two players made their debuts for their respective clubs on the same weekend. Mudryk, to be fair, looked really exciting in his first appearance for Graham Potter’s Blues, while Trossard was involved in the build-up for Eddie Nketiah’s 90th-minute match-winner against Manchester United.

After being named Championship player of the season for his exploits with Norwich City, Buendia reportedly became a top target for Mikel Arteta.

But Arsenal had a £30million bid rejected by the Canaries and they were also unable to convince the midfielder to push for a move to the Emirates.

The Argentina international decided to join Aston Villa instead, linking up with compatriot and former Arsenal goalkeeper Emiliano Martinez.

Having missed out on Buendia, the Gunners instead signed Martin Odegaard on a permanent deal. Safe to say that’s worked out alright for them. 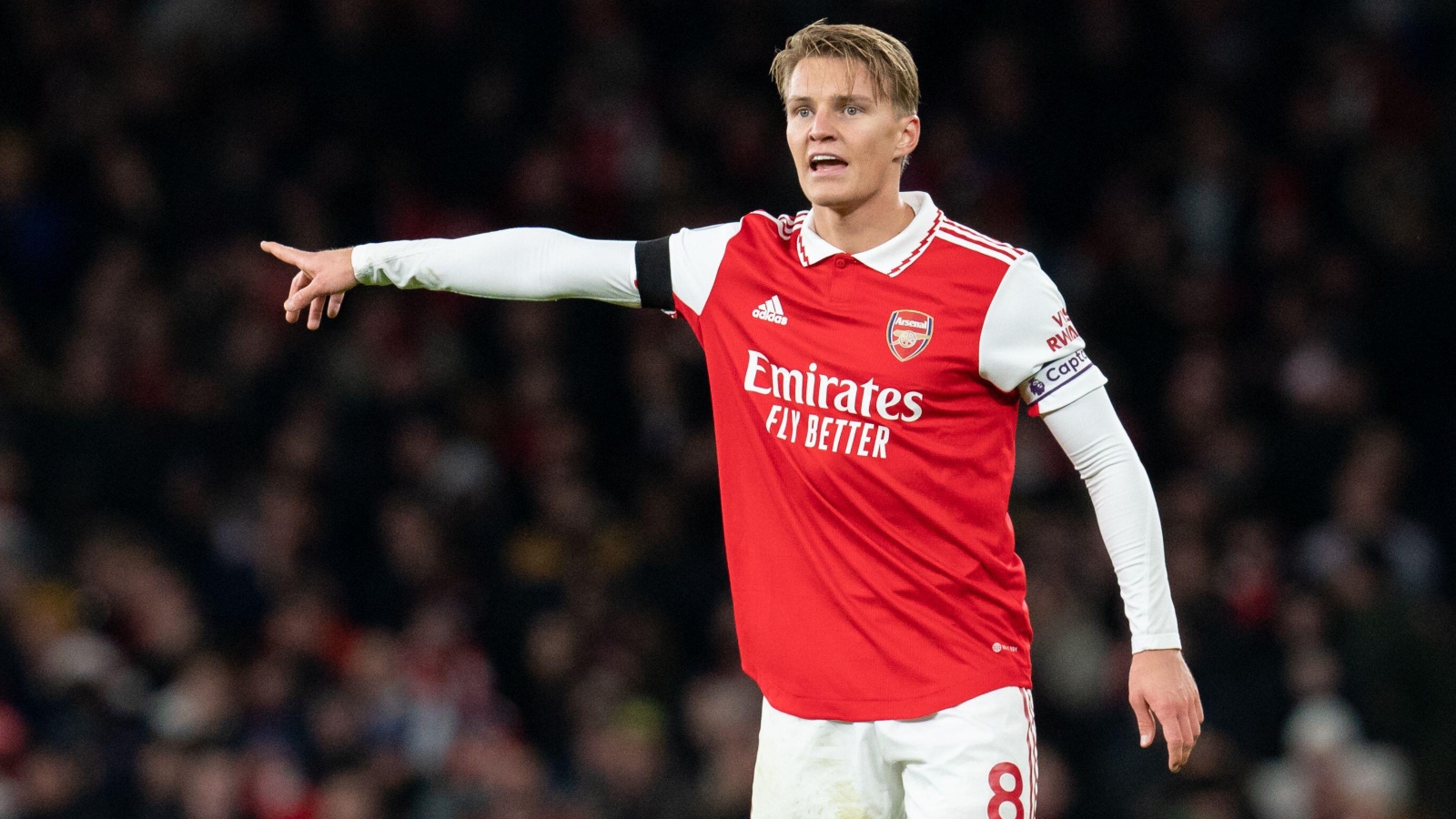 When Arsenal failed to reach the 2017-18 Champions League, the lure lessened for some European players.

Thomas Lemar had been heavily linked with the club while starring in Monaco’s run to a European semi-final but opted to stay in the principality despite interest from the Gunners and Liverpool.

The Frenchman would eventually join Atletico Madrid in 2018, by which point Arsenal had added Henrik Mkhitaryan to their ranks. He took a while to come good in the Spanish capital, but eventually played a starring role in Atleti’s 2020-21 La Liga title triumph.

At least the Armenian didn’t cost as much.

Arsenal’s most notable activity of the summer of 2016 surrounded Leicester City duo Jamie Vardy and Riyad Mahrez, but there was another forward who almost ended up at the Emirates.

Fulham’s failure to return to the Premier League at the first or even the second attempt was through no fault of Moussa Dembele, with the French striker scoring 15 Championship goals before his 20th birthday,

However, despite interest from Arsenal and other Premier League clubs, the youngster joined Celtic, citing the importance of Brendan Rodgers’ vision and saying: “I had a few offers but I didn’t have the same one I had with Celtic in terms of football.”

In the space of 24 hours in August 2018, both Dembele and the man Arsenal signed in his stead would be on the move again. But while the Bhoys made a huge profit on their man by selling him to Lyon for around £20million, Lucas Perez would leave north London at a huge loss.

The 2015-16 season marks the closest thing Arsenal have had to a title challenge of late, with the Gunners topping the table around the turn of the year and inflicting two of the three defeats suffered by eventual champions Leicester City.

At times they felt closer than the eventual 10-point deficit would suggest, but could they have been even closer if their pursuit of Sami Khedira had come to fruition?

The German World Cup winner decided to join Juventus on a free transfer from Real Madrid, with Arsenal forced to wait until January to bolster their midfield with the addition of Mohamed Elneny from Basel.

As if to rub salt into the wound, Khedira was later joined at Juventus by Aaron Ramsey, another in a long line of free transfers for the Bianconeri.

After the early success of Mesut Ozil in N7, Arsene Wenger was reportedly keen to return to Real Madrid for another of their out-of-favour players.

Di Maria was on the way out in 2014, with Madrid having just broken the bank to sign World Cup star James Rodriguez, but there was a problem: Arsenal didn’t have £75million to spend, but Manchester United did.

On the plus side, Arsenal were able to sign the no-longer-needed Danny Welbeck from United, while Di Maria only lasted a season in Manchester.

#OTD in 2015, Arsenal beat Manchester United, thanks to goals by Nacho Monreal and Danny Welbeck, in the sixth round of the FA Cup. pic.twitter.com/bSFJffA1f2

When people say contracts aren’t worth the paper they’re written on, it’s normally a reference to a new deal providing no obstacle to a big-money move.

In Arsenal’s case though, it would end up allowing Liverpool to ignore a release clause and just carry on as if that £40,000,001 bid had never happened.

This one worked out pretty well for the Merseyside club, with Suarez scoring 31 league goals and earning them £75million after coming close to delivering a league title.

Arsenal’s top scorer that season, Olivier Giroud, barely managed half of Suarez’s total. Oh, what could have been.

Arsenal’s late charge towards third place at the end of the 2011-12 season might have been enough to prevent Eden Hazard signing for Tottenham, but it wasn’t enough to tempt him to the Emirates. Whether that counts as a win depends on who you ask.

“Of course. It’s always more fun when [the football is] beautiful,” Hazard is reported to have said a few months before joining Chelsea. “In addition, at Arsenal, there is a coach and French players. And Thomas Vermaelen.”

Arsenal would end up suffering a double blow that summer, not just missing out on Hazard but also seeing Robin van Persie depart for Manchester United.

They did sign a wide forward that summer, but Lukas Podolski was not Eden Hazard.

Not all Arsenal targets have been established players at the time, and indeed the club has a stronger reputation than most for cherry-picking young talent from across Europe.

Sarabia had yet to turn out for Real Madrid in La Liga when Arsenal’s interest was first reported, but the attacking midfielder opted to stay close to home, joining Getafe in the summer of 2011.

He confirmed in 2015 that Arsenal had been interested at the time, but his next move kept him in Spain, joining Sevilla and playing 90 minutes in his new team’s Champions League win at Old Trafford in 2018. The winger has since joined Ligue 1 side PSG and is currently on loan at Wolves.

Arsenal signed a different 19-year-old that summer instead, bringing Joel Campbell over from Costa Rica. Perhaps Sarabia would have been loaned out too if he’d arrived when the Gunners were first interested.

Arsenal were linked with Toure not once but twice, coming closest when he turned out for the first team in a friendly in 2003.

That move was scuppered by work permit issues, leaving the younger of the Ivorian brothers to move to Ukraine rather than linking up with Kolo.

He did end up joining Kolo in 2010, though, by which time the centre-back had left Arsenal for Manchester City, and the Arsenal rumours resurfaced shortly before that move was completed.

“We needed to wait for his passport in Belgium,” Wenger would later say of the initial attempt. “We have made mistakes but he is not a mistake, it’s just the fact that he preferred to go to Metalurh Donetsk. He could go there without any passport.”

Arsenal would end up signing Cesc Fabregas that summer, though, so it wasn’t all bad.

Another midfielder who might have joined, Brazil international Felipe Melo was targeted by Arsenal during his time with Fiorentina.

“We watched him in Brazil’s international at the Emirates, against Italy [in February 2009], when he had an outstanding game,” Wenger said at the time, and while the Gunners were priced out of a move that summer, they renewed their interest when he struggled early in his Juventus career and the London club needed cover for Aaron Ramsey when the Welshman broke his leg.

Arsenal instead put their faith in youth, bringing through Denilson and Alex Song as they saved their money rather than making panic buys.

As for Felipe Melo himself, he fell out of favour at international level following a costly red card at the 2010 World Cup and would leave Juve for Galatasaray not long after.

READ NEXT: Nine great players that looked set to sign for Arsenal… but didn’t