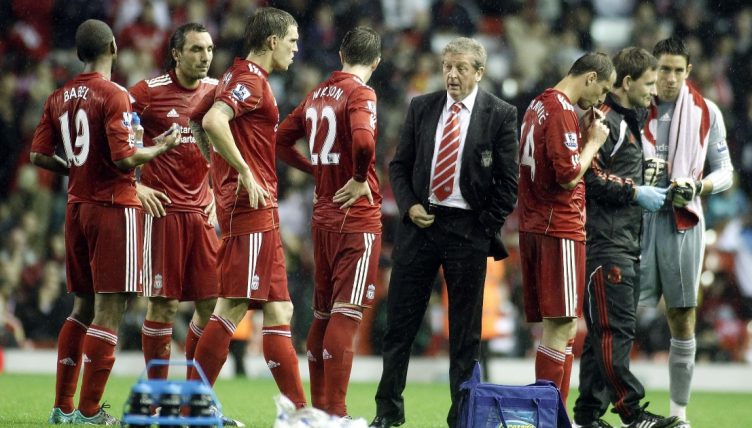 On September 22, 2010, Liverpool suffered the ignominy of being knocked out of the League Cup by fourth-tier Northampton Town at Anfield, one of their most dismal defeats in recent history.

Managed by Roy Hodgson, Liverpool needed an extra-time equaliser to draw 2-2 with the Cobblers, only to lose 4-2 on penalties.

We’ve revisited the Reds team from that night, featuring an Illuminati conspiracy theorist, a striker who reportedly went missing, and the flop dubbed “one of the greatest [footballers] in the world” by Neighbours.

Jones had only joined Liverpool from Middlesbrough a month before the Northampton game, but it turned out to be one of only 27 appearances the Australian made across five years with the Reds.

He eventually left for Bradford City in 2015 but was released from his contract less than three months later before moving to the Netherlands with NEC in January 2016.

That summer he joined Feyenoord and made 32 league appearances the following season, keeping 17 clean sheets as the club won their first Eredivisie title since 1999.

After thee years at Saudi Professional League side Al-Nassr, he returned to his hometown and signed for Perth Glory on a two-year contract in 2021,

Having come through the ranks at Liverpool, Kelly went on to make 23 appearances in the 2010-11 season, including 11 in the Premier League.

He has been at Crystal Palace since 2014 and holds the impressive record of having the shortest ever England career, making it onto the pitch for two minutes of a friendly against Norway in 2012.

The Greek giant, who endured a largely unsuccessful two years with Liverpool, had the dubious honour of captaining the side on the night.

He left Anfield for Wolfsburg in 2011 but made only nine Bundesliga appearances in two years. He spent half a season on loan at Sunderland but only played three times in the Premier League.

That was effectively how his career ended, though he did play two games for Sydney Olympic in Australia in 2014.

After 232 appearances for Liverpool, and a further two seasons back at first club Brondby, Agger retired from football in 2016.

He promptly upped sticks and moved to Marbella, where he focuses on various businesses such as a sewer company and a tattoo sharing website. Don’t ask. Just don’t.

Signed in the summer of 2010 from Rangers, this was the 18-year-old’s debut for Liverpool.

There were high hopes for Wilson on Merseyside, but he made a measly nine appearances in three years before returning to Scotland with Hearts.

He made a return to Rangers in 2015 before leaving for MLS side Colorado Rapids in January 2018.

After 346 appearances for the club, where he became a cult hero, Lucas finally ended his 10-year stint at Liverpool in the summer of 2017 when he joined Lazio.

He was hardly known for his goalscoring ability in the Premier League, but the Brazilian’s first goal for the Italians was a backheel in the Europa League. He’s been a regular for four seasons in a row. What a man. 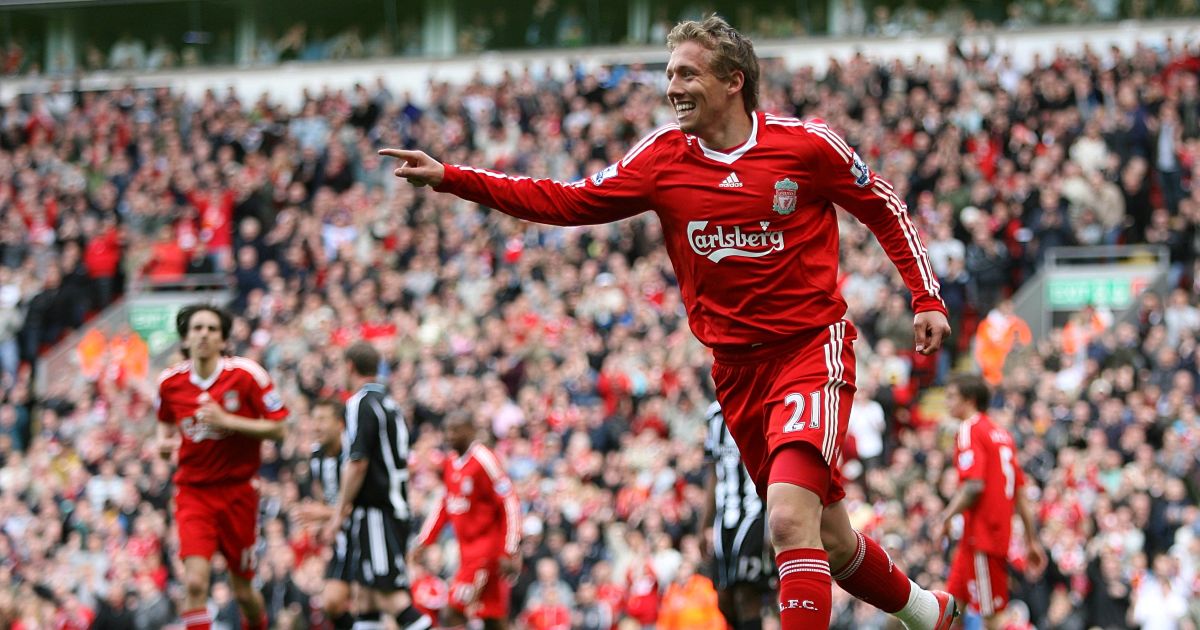 Having made his first-ever start at Anfield in a 4-1 win over Steaua București in the Europa League a week earlier, Spearing was certainly brought back down to earth against Northampton.

He made 45 appearances across two seasons for the Reds and was tipped for big things, but he was loaned to Bolton in August 2012 and joined them permanently a year later.

He joined Blackpool in 2017 and scored eight goals in 120 appearances before joining hometown club Tranmere in August 2020.

Pacheco had a lot of promise when he arrived from Barcelona’s youth ranks, but the diminutive winger made just 17 appearances for the Reds.

He helped Real Betis, Alaves and Getafe to promotion from the Spanish second division in successive seasons before joining the latter on a permanent transfer in 2017. The 30-year-old spent two years at hometown club Malaga and then moved to Spanish third division side Logrones in 2021.

Ince, meanwhile, is currently in the Championship with Stoke City. This was hardly the Liverpool debut he had dreamed of.

After scoring 52 goals in 116 league appearances for Standard Liege, much was hoped for Jovanovic when he arrived at Anfield on a free transfer as one of eight signings in Hodgson’s first summer.

However, his ninth-minute opener against Northampton would be one of just two goals he scored for the club before he moved to Anderlecht in 2011. Released in 2013, he has not been heard of since, although he was described in Neighbours as “one of the greatest [footballers] in the world”.

Eccleston came off the bench and rattled the crossbar with his penalty, affording Northampton’s Abdul Osman the chance to win the tie with the next kick. He had a three-year spell without a club after a stint with Hungarian side Bekescsaba 1912 Elore in 2016 before rocking up at Nuneaton Borough in March 2019. The 30-year-old is now a free agent once again.

Perhaps his most memorable moment at Liverpool came when he suggested the 9/11 terrorist attacks were carried out by the Illuminati.

READ: Milan Jovanovic may be responsible for the most superbly sh*t PL moment ever

After leaving Liverpool for Hoffenheim in January 2011, Babel bought himself out of his contract 18 months later in order to return to boyhood club Ajax.

A nomadic few years followed, with the Dutchman stretching his efforts as far as the United Arab Emirates, where he played for Al Ain before seemingly finding a home at Besiktas.

He impressed over the second half of the 2018-19 season with Fulham, despite their relegation, but returned to Turkey to join Galatasaray in the summer, as he enjoys something of a career resurgence.

Shelvey was another youngster making his Liverpool debut that night. You know he’s at Newcastle. You still don’t know whether you think he’s any good or not.

An impressively unprolific striker for Liverpool, Bolton and Swansea – though he did manage to bag a late equaliser against Northampton before missing in the shootout – N’Gog returned to his native France with Reims in 2014.

Less than a month into his stint at the Ligue 1 outfit, Reims had to deny reports N’Gog had gone missing. He lasted two seasons at the club before joining Greek club Panionios in 2016 and then Ross County in January 2018.

He spent two years in Hungary with Budapest Honved FC before ending his career with a short spell at Lithuanian outfit FK Zalgiris.