Where are they now? Man City’s final XI before Sheikh Mansour takeover 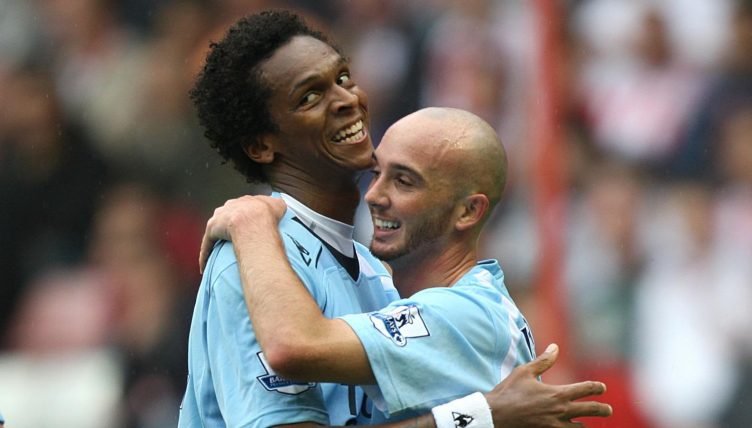 While Manchester City are now considered one of the leading clubs in world football, it wasn’t so long ago that success seemed a million miles away.

City have one of the best managers in the world at the helm and some wonderfully talented players to pick from, but their fortunes could have been extremely different were it not for the takeover of Sheikh Mansour in 2008.

Mansour – who is a member of the Abu Dhabi royal family and deputy prime minister of the UAE – finalised a deal to buy City on September 1, 2008, and we’ve revisited their final starting XI before the club was changed forever – a 3-0 victory at Sunderland 24 hours previously.

Hart was somewhat charmed to come away from the Stadium of Light with a clean sheet, having seen a Pascal Chimbonda effort come back off the crossbar, but the goalkeeper was well on the way to establishing himself as an emerging talent and had made his England debut in the summer.

He stayed as City’s No.1 until 2016, when Pep Guardiola arrived and promptly replaced him with Claudio Bravo, with Hart joining Torino on loan for the season.

He spent the following campaign out on loan again, at West Ham, before joining Burnley in August 2018 to end a 12-year association with the Blues. He made 24 appearances over two seasons, only three of them in the second, before joining Spurs as a back-up to Hugo Lloris.

Following a single season at Spurs, in which he failed to make a league appearance, he joined Celtic and is now turning out in the Champions League once more.

Is it just us, or was Corluka terribly underrated as a Premier League defender? The victory over Sunderland was the Croatian’s final appearance for City as he was sold to Tottenham on the day Mansour agreed the takeover.

Now 36, Corluka is the assistant manager of the Croatian team, having retired in 2021. He spent the last nine years of his playing career at Lokomotiv Moscow, winning the Russian Cup three times and the Russian Premier League in 2017.

Richards was one of the English players to initially thrive among his more illustrious team-mates when City began to spend big money and was nominated for the club’s Player of the Year award when they won their first title in 44 years in 2011-12.

But injuries and the form of Pablo Zabaleta saw Richards leave first on loan to Fiorentina and finally Aston Villa, where he remained until 2019, despite not making a single appearance since October 2016. Nowadays he’s making us smile as a pundit.

Ben Haim retired in 2021, aged 39, after three seasons at Beitar Jeuraslem, in case you were wondering.

Despite his unquenchable thirst for own goals, Dunne had ended the previous season by becoming the first man to win City’s Player of the Year award on four consecutive occasions.

However, 2008-09 proved to be his last campaign in a City shirt before he left for Aston Villa. He retired in 2015 after two years at QPR, and now works as a pundit like 90% of ex-pros.

Ball spent three very contrasting seasons at City under Stuart Pearce, Thaksin Shinawatra and Sven-Goran Eriksson, and then Mansour and Mark Hughes. We even spoke to him about the one in the middle.

He was always steady rather than spectacular, but he captained the team on occasion, stamped on Cristiano Ronaldo and was part of the first City team to do the double over United since 1970, so there were definitely highlights.

However, he suffered a serious knee injury in January 2009, was released by City that summer and only made three more appearances in his career, with Leicester City in 2011-12, before retiring at the end of that season.

Ireland opened the scoring at the Stadium of Light and developed a strangely brilliant understanding with Robinho, who was signed 24 hours later, ending the season as the club’s Player of the Year.

The midfielder was reunited with Mark Hughes at Stoke City, but injuries restricted him to 70 appearances across five seasons before he was released following the club’s relegation in 2018.

He joined Bolton later that year but left without playing a game.

Signed after less than a day at Bolton, Hamann was popular in his three years at City before taking coaching roles at MK Dons and Leicester, plus a short-lived spell as manager of Stockport.

It will come as absolutely no surprise to find out the erudite and humorous German now works as a pundit.

Big things were expected of Johnson at this point, with Hamann even claiming he was tactically better than Steven Gerrard at the same age.

“Stevie [Gerrard] had tremendous technical and athletic gifts, but when he first came through at Liverpool, his understanding of the game wasn’t what it could have been,” Hamann said. “He would admit that himself.

“Michael was different though, he had an innate understanding of the game.”

Sadly, injuries and the mental strain of professional football, which Johnson described as “toxic”, saw the player retire in 2012 as he washed his hands of the game.

Fernandes, meanwhile, retired at the end of the 2019-20 season after three seasons with Eintracht Frankfurt, the 10th club of his career.

It’s easy to forget Kompany was at City prior to the Mansour takeover given he went on to become one of the talismans of Roberto Mancini’s title-winning side – and even stranger still to think he used to play in midfield under Hughes.

Back then the Belgian described it as his preferred position and could even be found on YouTube skill compilations, but it’s fair to say the decision to build the defence around him paid off in the long term.

After scoring the thunderbastard that clinched City the 2018-19 Premier League title, Kompany returned to Anderlecht as player-manager and is now attempting to turn Burnley into Barcelona.

Wright-Phillips scored twice against Sunderland only days after rejoining his boyhood club from Chelsea.

The winger was a regular under Hughes and Mancini for a couple of years but fell down the pecking order in 2010-11 and joined QPR at the end of that season.

Wright-Phillips announced his retirement in 2019 after a spell in the United Soccer League for Phoenix Rising FC alongside/under player-owner Didier Drogba.

Elano, who we still dream wistfully of, was most recently seen managing Nautico in the Brazilian second tier. He was sacked after just six games.

Those of you who saw Jo play for City will be surprised to find out he has scored more than 200 career goals and earned 20 caps for Brazil.

You will probably be unsurprised to find out he has now played for 11 different clubs, joining Ceara in 2022 after a third spell at his boyhood club Corinthians and a couple of years at Nagoya Grampus in Japan.

READ NEXT: Sven-Goran Eriksson: Shinawatra stopped speaking to me at Man City