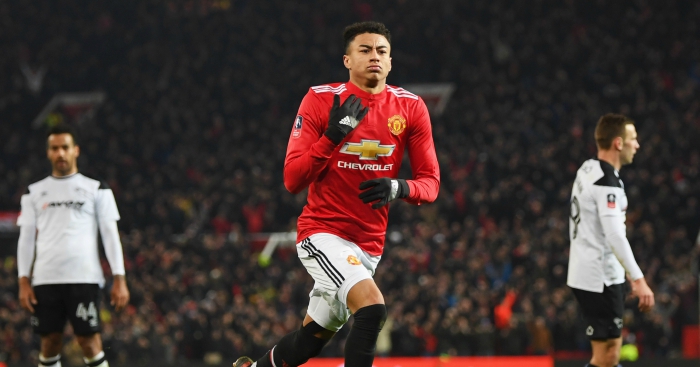 In 2013, Manchester United beat Liverpool and then Tottenham to lift the inaugural U21 Premier League.

United’s youngsters beat Liverpool 3-0 in the semi-final before coming from 2-0 down to defeat Spurs in the decider at Old Trafford, winning the competition which had been introduced as part of the FA’s 2012 Elite Player Performance Plan.

Tom Carroll, Alex Pritchard and Harry Kane were in the Spurs line-up, but after we discovered that United’s academy produces the most Premier League players, we thought we’d take a look at where the successful XI have ended up.

The goalkeeper left United in 2015 to join Bolton, where he had impressed in a previous loan spell. Reportedly on a big wage, however, he was loaned out to Cardiff City in 2016-17 and then Charlton the following season.

After flitting around the Championship with Sheffield Wednesday and Preston, the right-back spent the second half of the 2017-18 season on loan at Scunthorpe United in League One.

Back in 2014, while on loan at NEC Nijmegen, his agent made a bizarre claim that the player would only stay at the club if David Moyes left.

He got his wish as Moyes was sacked a month later, but it did nothing to help Vermijl’s attempts to break into the United first team.

📰 NEWS: The Iron have signed right-back Marnick Vermijl on loan from Championship side Preston North End until the end of the season – https://t.co/1hnpF9WMWv#DeadlineDay pic.twitter.com/hjlWzqrEYX

A favourite of Sir Alex Ferguson, Thorpe captained the side to the title but never got a first-team chance at Old Trafford.

He spent two years at Rotherham United before leaving in 2017 for ATK, lining up alongside Robbie Keane, Ryan Taylor and Conor Thomas, and, for a while, being managed by Teddy Sheringham.

After an impressive stint at Burnley, Keane joined Everton in 2017 for £25million, and has four full England caps so far.

Left-back Reece came through the ranks two years behind brother Matty, who currently plays for Leicester.

Now at Wigan, Louis Van Gaal took James on a pre-season tour to the USA in 2014, where he went on to score twice against LA Galaxy.

But his first and last competitive game for United came in *that* 4-0 defeat to MK Dons.

The star of the show, Cole grabbed a hat-trick in the semi-final against Liverpool before scoring twice in the final against Tottenham.

After a failed spell at Fulham, and a number of loan stints, he now finds himself at Tranmere Rovers in the National League.

Wait… hang on… is that… surely not… is that Larnell Cole?!? #FFC pic.twitter.com/vGmy5YMkfs

After never making a professional appearance for United, the Belgian joined Zulte Waregem back in his homeland in 2014 before dropping down a level to join Beerschot Wilrijk three years later.

He lines up in possibly the most bizarre competition on the planet, in a league where each team plays each other twice, then the league resets and they play twice again – with the two winners facing each other in a final.

But it doesn’t end there. The next three teams then go into a play-off with teams who finished in the bottom half of the first division, with the winner earning a place in the Europa League. Yes, really.

Both midfielders are doing just fine for themselves, impressing in the Championship for Preston and Derby respectively.

And Lawrence, who has 13 caps for Wales, can hit a ball.

Tunnicliffe moved to Fulham at the same time as Cole but fared much better than his former team-mate, making 65 appearances in all competitions before joining Millwall in 2017.

Here's to you @RyanTunnicliffe Fulham loves you more than you will know.pic.twitter.com/jZoC3Z8kOa

Now in United’s first team and king of the dance celebration.

Impressing in the Under-21s having just turned 18, the winger broke into United’s first team in the 2013-14 season.

Januzaj is probably most famous for having practically every country in the world wanting him to play internationally for them before ending up playing for Belgium – his actual nation.

He now lines up for Real Sociedad after making 50 Premier League appearances for United, and at the 2018 World Cup he scored a brilliant goal to earn Belgium victory over England.

The seven PL goals Manchester United have conceded inside a minute