The Old Lady in a New Dress: A defence of Juve’s new logo

For better or worse, new media is the first to have its say on anything new, different or even vaguely challenging.

With that in mind, it should come as no surprise that Juventus’ bold rebrand has been met with mixed feedback. Or in the case of the particularly nostalgic, outrage.

The first thing that is important to understand is that, like many football clubs, Juve have replaced a crest with a logo. Though it should always retain heritage, a logo must be an element of commercial management. It must be visually competitive with other logos. It must be identifiable. It must match function with form. 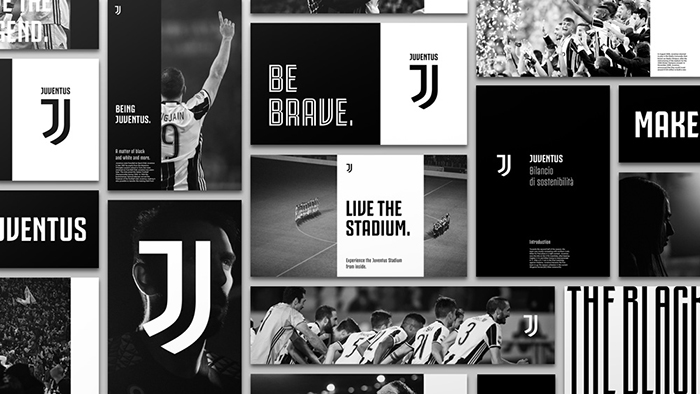 It is also worth remembering that Juve – and many other clubs – have changed their logos before. Why should we respect the badge of 1990 and not 1905? I will not accept Pavel Nedved’s hair as an answer.

If we demanded respect and tradition at every corner, boundaries would never be pushed and art would never evolve. 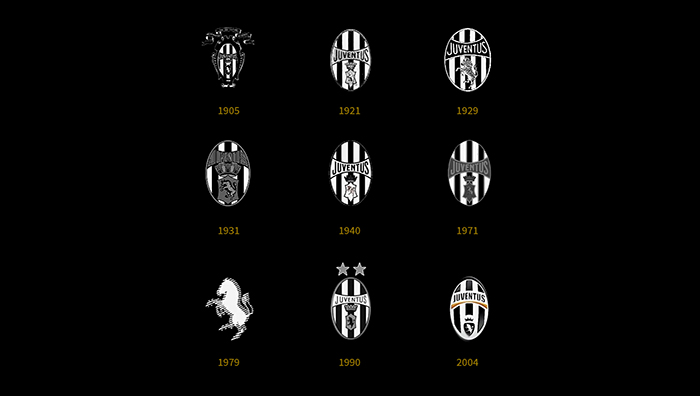 Bravery is the engine of change. The objectives for Juve’s change are very well explained in the club’s press release, in which they proclaimed their hope to “overcome the typical patterns of the football tradition” and evolve to an “iconic and essential insignia, which will undoubtedly allow it to be the protagonist in any environment and any interface.”

Simply put, their eyes are firmly on the future.

Football now encroaches on a much wider spectrum than ever before. There is an ever-growing market for clubs to appease, particularly in the case of the world’s biggest like Juve,

But this muddies the waters. The initial assumption is that all tradition has been completely abandoned, but that is not the case. 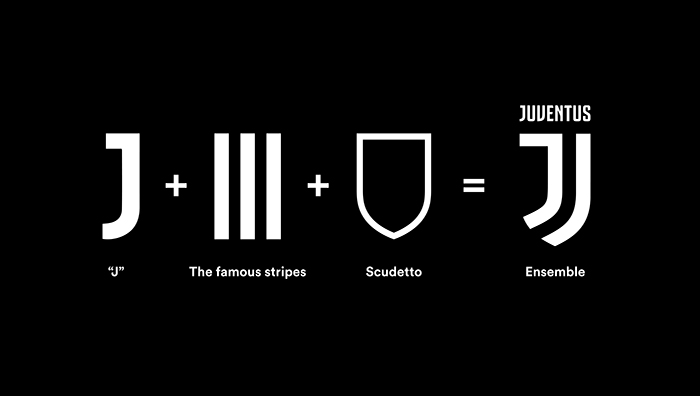 The premise of the design still draws from all heraldic notes of what make Juventus, well, Juventus.

The leap into the unknown is what seems to have unsettled people. But I believe bravery never goes out of fashion, and for a brand to be truly versatile it has to be instantly distinctive, future-proofing itself in a world as over-saturated as football design. And if you think that’s pretentious, have a look of this…

I accept that on first viewing the logo itself isn’t awe inspiring, but it is its simplicity that allows it adhere to all the beautiful collateral it has been presented with. Too many see design as an aesthetic desirable, but the divide the Juve reband has caused goes to show the importance of good design and why it is beneficial to redefine to this extent.

Design moves at the pace of the most conservative consumer. A strong design is resigned to the fact that acceptance will only come from those that recognise its novelty.

For that reason I applaud Juventus for what will revolutionise club branding in and out of a footballing environment. Enjoy it!

By Joe Barbieri. Check out his work on Twitter @jbdotco