One loanee from every PL club impressing this term: Wilson, Mount… 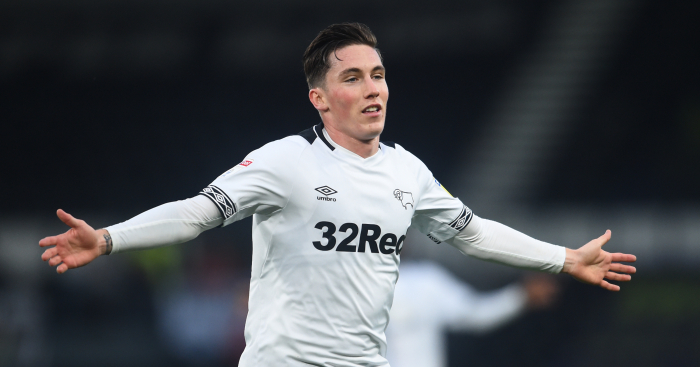 The likes of Arsenal, Liverpool and Chelsea can be encouraged by the progress of their loanees this season – but the same can’t be said for every club in the Premier League.

Every season a hoard of players are sent out on loan by Premier League clubs in the hope they can prove their worth and develop elsewhere.

We’ve picked out one loanee from every team in England’s top flight who is making the most of their chance away from their parent club.

It can only really be one, can’t it?

Nelson has taken the Bundesliga by storm for Hoffenheim, scoring six times in 354 minutes of action. His 68 minutes of Champions League football this term are also 68 minutes more than any of this team-mates at his parent club. 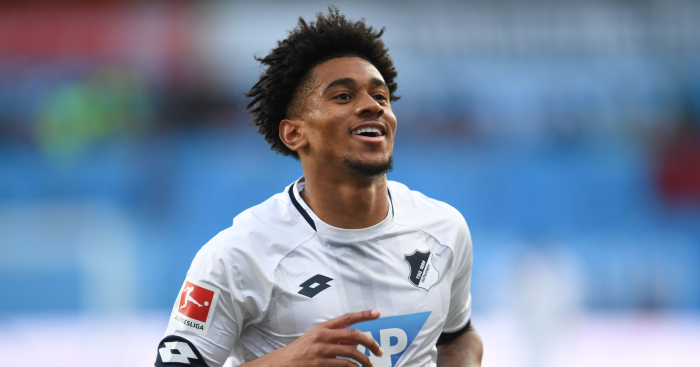 READ: Reiss Nelson & another reason to get excited about Arsenal’s future

“Eddie [Howe] did warn me … he said he’d get booked in training,” Neil Warnock said of Arter, who has already picked up five yellow cards at Cardiff.

However, he has become a fans’ favourite and is helping the side fare better than many expected in the Premier League.

A reliable Championship performer, Norwood is helping Sheffield United once again surpass expectations after being a part of the Fulham side which won last season’s play-off final.

Christian Walton and Tomer Hemed also deserve credit for their performances at Wigan and QPR, respectively.

Many people had written Steve McClaren and QPR off after they started the campaign with four consecutive defeats, but they have turned things around with Wells leading the line, the forward contributing three goals and two assists to date.

We still don’t know why Burnley signed him, mind.

A serious knee injury threatened to curtail Healey’s career, but the forward has found his feet at MK Dons with seven goals to his name already this season as the side sit top of League Two.

Tammy Abraham may have 11 goals in 14 league appearances at Aston Villa, but Mount is progressing exactly as hoped under Chelsea legend Frank Lampard at Derby County, even earning a senior England call-up.

It’s slim pickings at Palace, meaning Brown’s 13 starts with Kingstonian in the seventh tier of English football earns him this accolade.

Still only 21, Vlasic’s debut campaign at Goodison Park did not exactly go to plan, but he is showing his potential on loan at CSKA Moscow, with a winner against Real Madrid in the Champions League his most notable contribution.

Fulham have players on loan in Spain, Denmark, Iceland and France, but Humphrys’ loan spell with Scunthorpe is proving the most productive, with the 21-year-old forward bagging five goals in 18 appearances for the League One strugglers.

Eight clean sheets in 18 appearances at Shrewsbury for a goalkeeper who was awarded a new two-year deal in the summer by the Terriers.

The 20-year-old has been something of a revelation at West Brom, scoring a number of spectacular goals. The Baggies are now sweating over reports the attacking midfielder could be recalled by Leicester in January, such has been his impact in the Championship.

Another youngster catching the eye under Frank Lampard’s guidance at Derby. Another player with a host of wonder goals to his name already.

Scoring at Old Trafford as Derby knocked Manchester United out of the League Cup has already endeared Wilson to the Liverpool support.

Harry Wilson has an ADDICTION to scoring screamers this season. That left foot 😍🤤 pic.twitter.com/4ljaqP1S5g

The 19-year-old made his senior Wales debut in the summer before heading out on loan to FC Twente, where he has continued to catch Ryan Giggs’ eye by becoming integral in central midfield for the Dutch outfit.

A recent error against Leeds aside, the goalkeeper has become a favourite at Sheffield United.

As our resident Blade Joe Williams says: “Yeah, really good. He’s also a bit of a cult hero. When we score he does laps of the pitch and jumps into the crowd.” Sounds a laugh.

He’s just really good in the Championship, isn’t he? Nine goals to his name with West Brom already. His record in the Premier League is actually better than he’s given credit for, too.

One of the most forgettable club-record signings in Premier League history? Carrillo failed to score in nine appearances for Southampton last season but has already notched five times this term after being reunited with Mauricio Pellegrino at Leganes – including goals against both Real and Atletico Madrid.

After massively underwhelming in a loan spell which was cut short at Norwich last term, a season in the Netherlands with Excelsior represents a crucial period of the 19-year-old’s career.

A promising start has somewhat faded, but Edwards is getting first-team football for the first time of his career. (And the rest of Spurs loanees are doing pretty rubbish.)

Fortuna Dusseldorf may be struggling at the bottom of Bundesliga, but the 21-year-old has managed nine goals in all competitions, including a hat-trick at Bayern Munich.

Seven goals in 21 appearances at Oxford represents a decent return for Browne, who has the chance to impress against a higher standard of opposition when facing Brentford in the FA Cup third round

None of Wolves’ loanees have particularly covered themselves in much glory, but 21-year-old forward Mir has at least contributed four goals in 13 appearances at Las Palmas in Spain’s second tier.