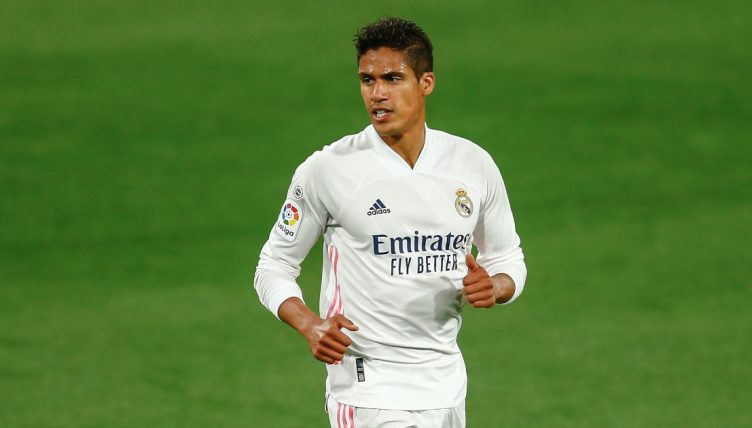 After 10 years at Real Madrid, Raphael Varane looks set to complete a £34million move to Manchester United this summer.

We’ve rounded up some of the best quotes on the defender from his coaches, team-mates and pundits.

“A real bargain for that price,” the former Lens coach said after Varane joined Madrid for €10million in 2011.

“He is a gem, he is learning fast because he listens, he can already read the game very well and he is such a gifted, fast and intelligent defender. Exactly the same as Cristiano Ronaldo was in an attacking version when he started with me at Sporting.”

“At the age of seven or eight, he was already working harder than anyone and most importantly, he never cheated,” Debuyser, Varane’s youth coach at Hellemmes, told the Guardian in 2018. “His familial environment offered him a good structure and proper stability. Thanks to this, he has never fallen into excess.”

“Then you have Raphael Varane,” Hazard told franceinfo in July 2020. “I’ve come across some fantastic defenders during my career, such as John Terry and Vincent Kompany.

“I think that although [Varane] is still young, he’s already one of the best centre-backs of all time.”

Thank you for everything, @RaphaelVarane! 🤍

“He is a great champion above all else,” Lloris said in November 2020. He has great experience. The fact that he has played for Real Madrid for nine years gives him a certain experience, legitimacy in his position. He is a leader in our team.

“When there are matches on the line, he is capable of elevating his level. In a career, there are always less good matches. But I find him calm, concentrated and determined to help the team.”

“He arrived when he was 18 and from the start he showed what he can do,” Zidane said in February 2021. “He’s won a lot and shown his ability to be a leader, help others and show what he’s capable of doing out on the pitch.”

“It is not very typical to be a starting player at Real Madrid at 19 years old, that says a lot about his calibre,” Deschamps told RMC in March 2013.

“He played three consecutive, very important matches. At the beginning of the season, he didn’t play very much, but since January he has been playing more and now he is a starting player on Real Madrid.

“His maturity is very uncommon for someone of his age. Varane is the future of the national team.”

We're guessing the 🇫🇷 @FrenchTeam star won't be celebrating as widly as he did when he scored against @Uruguay or lifted the Trophy at the 2018 #WorldCup! 🏆 pic.twitter.com/V47oQdR6eY

“Raphael belongs to a generation, like Paul Pogba, who are not afraid to fail,” France’s assistant coach said in 2018. “They keep on trying, look forward and never lose their composure.”

“Varane is now learning a lot. He has grown as a player and as a man,” Ronaldo told AS in 2013. “He is quick, he has good composure and he is very calm.

“He is accumulating experience at his young age. He is humble and, for me, in a few years will be one of the best central defenders in the world. I have no doubt about it.”

“He’s an incredibly humble guy with tremendous skill,” Pepe said in 2013. “I had the chance to tell him at the beginning of the season that, in my opinion, in a few years he’s going to be one of the best central defenders in the world.

“If he maintains the same humility and eagerness to learn every day he’s going to make it. I think he’s doing really well.

“He’s loads of help in the matches and he’s progressed really quickly. This is all in his favour because he’s a central defender with a lot of skill.”

“Pepe has a problem,” Mourinho said in 2013. “And his name is Raphael Varane. That’s the whole story. It isn’t easy for a man aged 31 with a lot of experience behind him to be blown out of the water by a kid of 19. It’s very simple. The problem is very simple. Pepe’s life has changed.” 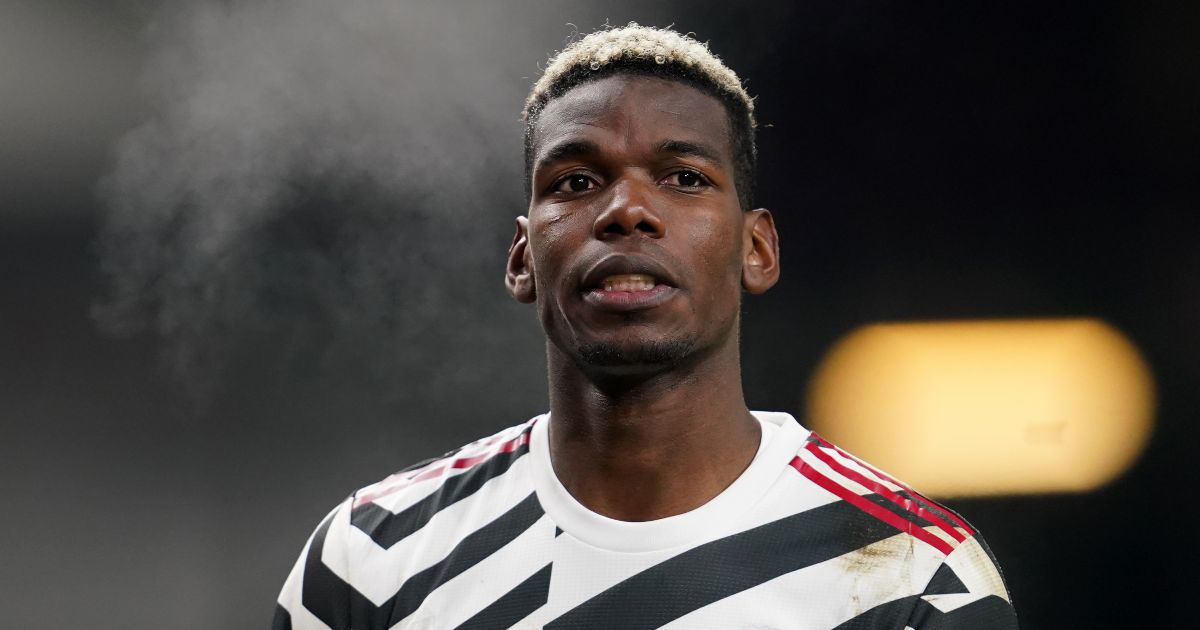 READ: Can you name every French player to appear for Man Utd in the Prem?

“Right from the start you could see in training that he had great natural qualities: speed, positioning, power and something that people haven’t yet seen – a powerful shot with both feet,” Arbeloa said in 2013. “But the fact that he has reached this level so fast took everyone by surprise.

“He benefited from training with some of the best centre-backs over the last two and a half years, but everyone highlights the fact that he is calm and intelligent and that is definitely one of his secrets.

“He learned Spanish quickly and that enabled him to integrate quicker than others who took longer to learn the language. Raphael has shown maturity beyond his years.”

“There is no central defender in the world like Varane,” the Madrid legend told Radio Marca in October 2013. “For his age, his understanding of the game is amazing. He has the maturity of somebody who has been playing for 20 years.”

“In my opinion, Varane showed again today what a great defender he is. Well done to him,” Kompany tweeted after Madrid beat Barcelona 3-1 in the 2013 Copa del Rey semi-final second leg.

“He [Varane] has faced many great forwards and the truth is that nobody has destroyed him,” Benzema said in an Amazon documentary in 2019.

“Of course I would love to play with Varane,” Alaba said after joining Madrid in 2021. “For many years he has played excellent football and not just now. He is a wonderful defender and has great qualities.”

“When you watch him sometimes he almost purrs, he’s got that pace, that poise,” the former United captain said on his YouTube channel. “We’ve signed a genuine world-class centre back. His list of honours is ridiculous, it’s as long as my arm.”

“If that happens, I think it’s going to be a big, big positive,” Cole told The Daily Mirror in July 2021. “He’s still very young for a centre-half and has played at the highest level for many many years now.

“He’s won numerous championships and Champions Leagues with Real Madrid, World Cup winner. So he obviously has the qualities to bring Manchester United forward, so if it happens I think it would be a fantastic signing.”

“I think an individual is different to a unit,” Rashford said in 2021 when asked about his toughest opponent. “Some teams defend really well as units and it’s teams like Burnley, for example, who do everything as a four. So if one pushes up, they all push up. If one drops, they all drop. It can be, at times, difficult to find space.

“But then there are some top individual defenders – van Dijk, Ramos. I thought, when we played against Real Madrid in a friendly, that Varane played and he was quite tough. So there are a few people.”

“I put Raphael Varane ahead of Virgil van Dijk,” Neville told Sky Sports when making his fantasy draft selections from world football in 2020. “He’s won so many European Cups, a World Cup, he’s an amazing player.” 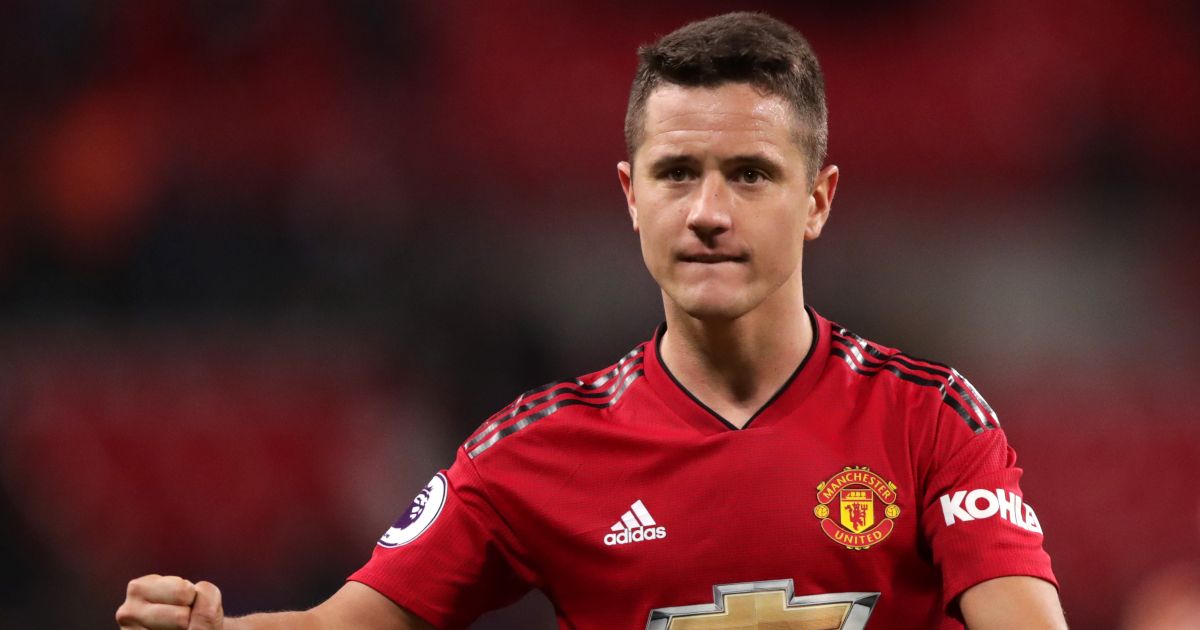 “Varane reminds me of Rio Ferdinand. Great with the ball, great in the air,” Evra told The Athletic in July 2021. “He’s the complete centre-back. I remember my first game with (him for) the French national team and I was so impressed.

“He was so young yet so good with the ball, so fast and his anticipation was perfect. He’s calm with the ball and he can score too. It’s a top, top signing for Manchester United.”

“If Man Utd do get Varane across the line, they are buying one of the best central defenders in Europe,” the Spanish football expert told Sky Sports in July 2021.

“He has been fantastic at Real since day one, he has all the attributes you need and he has been slightly overlooked because of Sergio Ramos. But in terms of quality, I do not think there are many better than Varane.”

Raphael Varane next? The nine players Man Utd have signed from La Liga