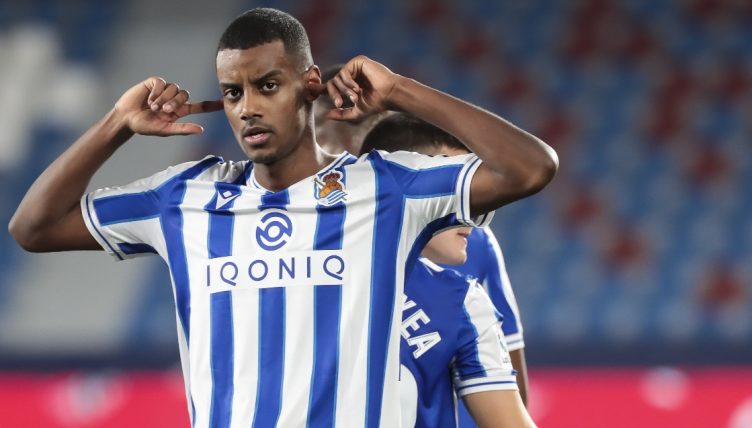 As European competition returns with the knockout phases of the Europa League and Champions League, seven Premier League clubs remain in the hunt for silverware.

Manchester City, Chelsea and Liverpool made it through the Champions League group stage in the autumn with relatively little fuss, while Manchester United’s drop-off saw them fall into the Europa League round of 32 alongside Leicester and Arsenal.

The draw for both competitions has thrown up some interesting ties. Here’s who you ought to keep an eye out for from the English clubs’ upcoming opposition.

Liverpool ought to be concerned about how solid Julian Nagelsmann’s side have been this season. With 18 goals conceded from 21 games, they boast the best defensive record in the Bundesliga, which sees them well-placed for another top-four finish.

In that regard, it will be interesting to see how star centre-back Dayot Upemacano performs following confirmation that he’ll be joining Bayern Munich in the summer.

But following Timo Werner’s sale to Chelsea, RB Leipzig no longer have a standout individual when it comes to the final third. No player has scored more than four goals, and no player has more than eight combined goals and assists in the Bundesliga.

However, the versatile Nkunku – who has been used in a variety of positions across the midfield and frontline – can feel aggrieved he’s not registered more than two Bundesliga assists this season. He’s among the most prolific players in Europe’s top five leagues when it comes to creating chances. 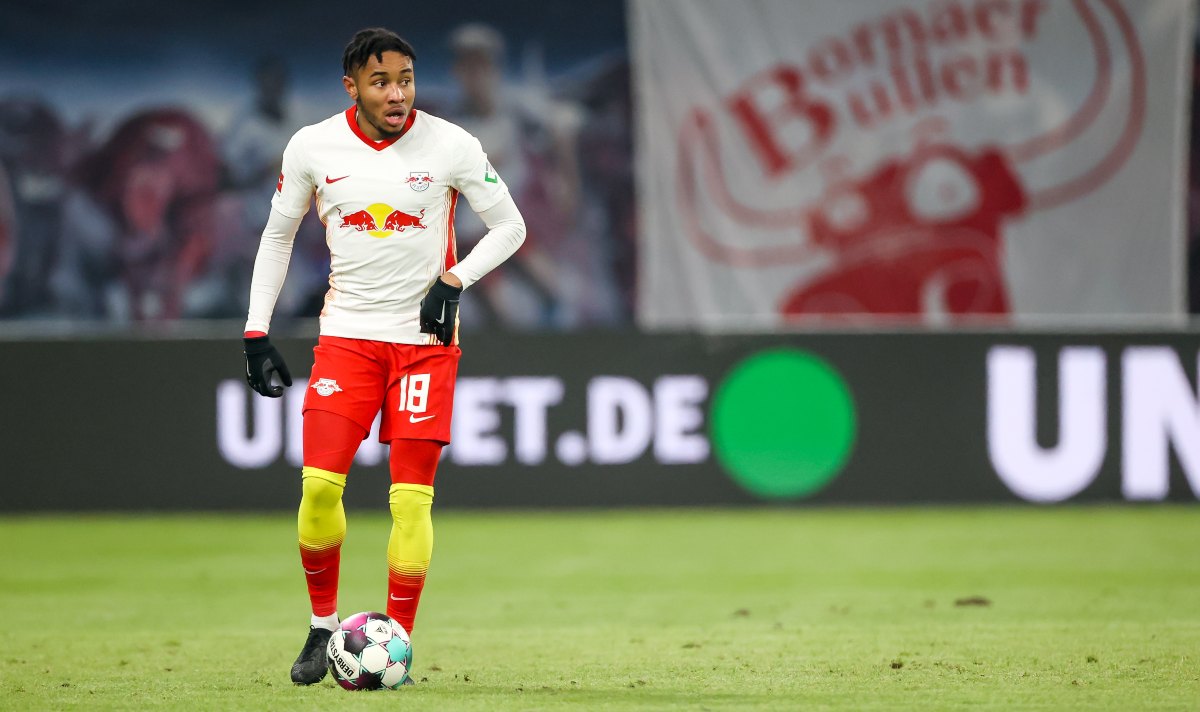 Thomas Tuchel’s Chelsea will no doubt earmark Luis Suarez as their upcoming opponents’ main dangerman, given his 16-goal tally in the league this season. The Uruguayan is the top scorer in La Liga, but he’s not the only reason for their healthy lead at the top of the league.

Originally thought to be a defensive midfielder, signed from city rivals Real Madrid to replace Rodri, Llorente has established himself as a much more dynamic player over the past year.

It was at this stage in the Champions League last season that the 26-year-old suddenly came alive as a more offensively-minded player with two brilliantly-taken goals at Anfield to help knock out reigning champions Liverpool – back when they were at their very best with a fully-fit Virgil van Dijk marshalling the backline.

Llorente has since scored seven goals and registered a further seven assists in the 2020-21 La Liga campaign so far, and he’s already proved he can be the man for the big occasion.

No wonder the Spanish commentators were stunned when he popped up with a brace at Anfield.#NoFilterUCL pic.twitter.com/zamTGNX2mh

When the Champions League round of 16 draw was made in mid-December, Manchester City could only muster a 1-1 draw at home Slaven Bilic’s West Brom, leaving them five points off then-leaders Tottenham after a sluggish start.

After coming close to a famous victory over Real Madrid, Gladbach did well to qualify from their group ahead of Shakhtar Donetsk and Inter Milan and were being talked up as a potential banana skin for Pep Guardiola’s side.

Fast forward two months and the prospect of an upset looks ever more unlikely, with City on a run of 16 straight wins in all competitions, opening up a comfortable lead at the top of the Premier League, while Marco Rose’s side are floundering in midtable in the Bundesliga.

If the German side are to cause a massive shock, they’ll likely need Hofmann on song. When their midfield maestro was out injured, Gladbach won just one of six league matches to see out 2020, alongside defeats to Inter and Madrid.

With Hofmann back in the side at the turn of the year, Gladbach took 13 points from the first 15 available, while he only featured for 30 minutes of their only defeat of 2021, 2-1 to rivals Cologne. He’s registered eight assists and scored four goals in the Bundesliga so far this season.

There’s plenty for Ole Gunnar Solskjaer to ponder when Manchester United take on Real Sociedad in Turin – or the David Moyes derby, as we like to call it.

Mikel Oyarzabal has been La Real’s standout player in recent seasons – he’s already hit double figures for La Liga goals for a fourth consecutive year – and has reportedly made a speedy recovery from an injury scare.

Elsewhere, David Silva was at the heart of their best performances during their strong start to the season, Arsenal cult hero Nacho Monreal is enjoying a second wind in San Sebastian, and ex-Newcastle man Mikel Merino is knocking on the door for the national team. Purely for the narrative factor, don’t forget Adnan Januzaj.

But it’s hard to look past Isak on current form. The 21-year-old Sweden international scored the match-winner in Sunday’s 1-0 win over Getafe, scoring for a fifth consecutive La Liga outing in 2021 so far – the youngest player to do so in Spain since prime Ronaldo Nazario at Barcelona. 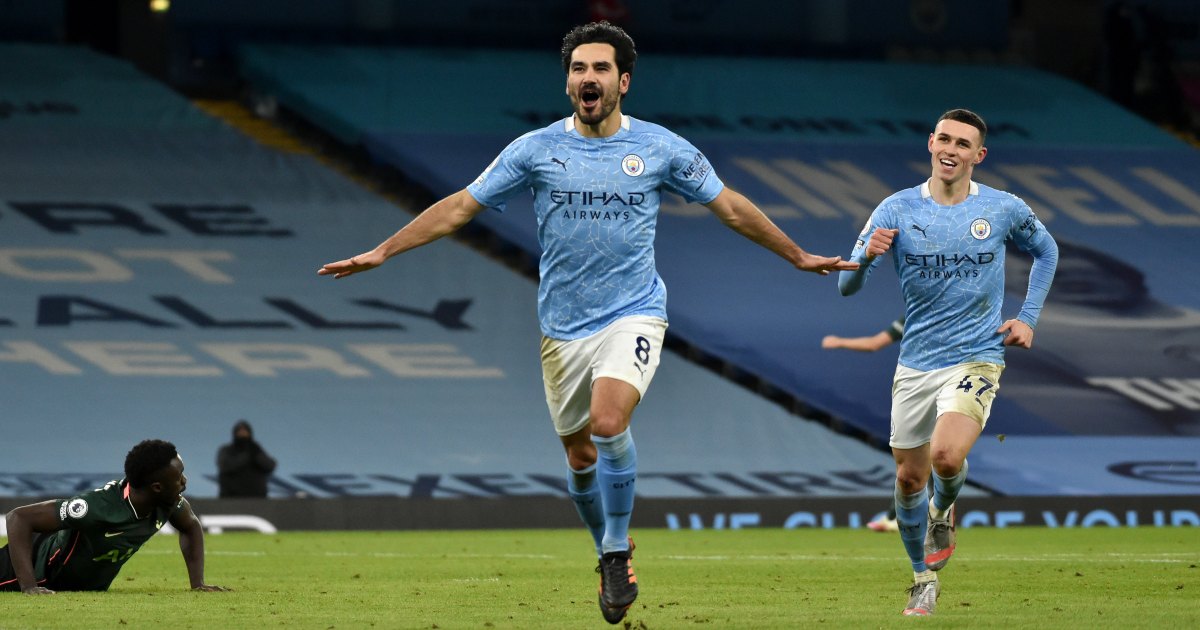 Signed by Eintracht Frankfurt to fill the void left by Serbian compatriot Luka Jovic after the striker completed a big-money move to Real Madrid in 2019, Joveljic has a big reputation and plenty more heights to hit.

He already has European experience – including for boyhood club Crvena Zvezda when they beat Liverpool 2-0 back in 2018 – and will be raring to show when he can do against Tottenham while on loan at Wolfsberger.

The 21-year-old has scored eight goals from 17 appearances for the Austrian side so far this season.

Portuguese giants Benfica beat a lot of competition to sign Uruguayan forward Nunez, who had established a reputation as one of the finest young talents in South America last year.

His debut campaign in European football has had its ups and downs, but back in the autumn he showed a hint of what he can do by assisting in four successive Liga NOS games before scoring a hat-trick against Lech Poznan.

With three goals in his last three appearances ahead of the visit of Arsenal, he’ll be full of confidence. Expect to see him at one of Europe’s elite clubs very soon. 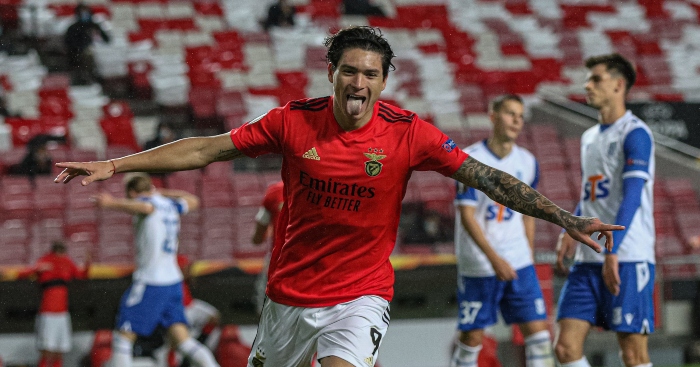 READ: Darwin Nunez may be destined for one of Europe’s superclubs – just not Barca

2020-21 is the 19-year-old Senegalese striker’s first full season at a senior level, and he’s hit the ground running for Slavia Prague.

Sima has scored 11 goals in 14 appearances in the Czech top flight this season, including seven in his last nine. He also notched three goals in the Europa League group stage as Slavia Prague comfortably finished ahead of Hapoel Be’er Sheva and Nice.

Brendan Rodgers is expected to rotate amid a heavy schedule for Leicester, but he shouldn’t take the threat from this attacker in particular lightly.