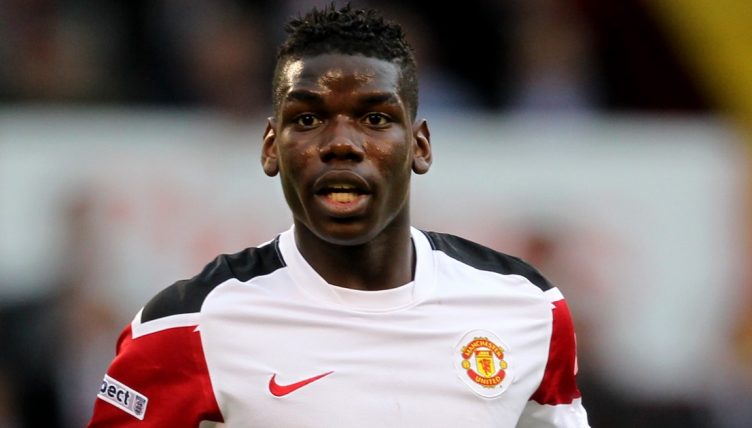 The FA Youth Cup is one of English football’s proudest traditions, and year after year some of the most promising young prospects in the country light up the competition.

Manchester United take on Nottingham Forest in the 2022 final and if previous years are anything to go by, the occasion will give us a glimpse of some of the stars of the future.

Here’s one player from each of the last 12 winners, highlighting some of the young prospects that have since gone on to enjoy excellent senior careers.

Chelsea’s first FA Youth Cup victory since 1961 began an era of domination in the competition, in which they made it to nine of 11 finals, winning seven.

Back in the era of two-legged finals, they drew 1-1 away to Aston Villa before coming from behind to win 2-1 at home in the second leg.

More than a few members of that young Blues side went on to make a living around Europe, the Football League and non-league, but not many made it to an elite level. At the time, 17-year-old Josh McEachran was the most hyped. He made 22 appearances for Chelsea’s first team but never quite reached the heights expected and is now turning out for MK Dons in League One.

Twelve years on, the pick of the bunch is probably Bruma. The centre-back has been capped 25 times by the Netherlands and won two Eredivisie titles with PSV. Nowadays he’s turning out for Kasımpasa in the Turkish Super Lig.

Cast your mind back 10 years ago, and there were two youngsters from Manchester United’s 2011 Youth Cup-winning side that were on equal footing in terms of their reputation as the next big thing.

Speak to anyone involved behind the scenes at United at the time, and they’ll tell you Ravel Morrison was one of the most astonishingly talented young footballers they’ve ever seen. He caught the eye for Wayne Rooney’s Derby County last term but he certainly never reached his potential.

The same can’t be said for Paul Pogba. His return to Old Trafford might not have yielded the silverware he envisaged, but he shone for Juventus in four successive title wins, resulting in him becoming the Premier League’s all-time most expensive signing when he rejoined in 2016.

He’s also the only one on the list to have won the World Cup.

Chelsea thrashed Blackburn Rovers 4-0 in the first leg of the 2012 final before the sheen was taken off a little with a 1-0 defeat at Ewood Park.

Of that side, Lewis Baker, Nathaniel Chalobah, John Swift and Lucas Piazon have all gone on to forge careers for themselves, albeit not quite at the highest level some might have expected.

Ake was 17 at the time and went on to make 17 appearances for Chelsea, but he ended up on the loan carousel and it was only at Bournemouth where he found himself with regular Premier League opportunities. Following the Cherries’ relegation in 2020, Manchester City signed the Dutch defender for a reported £41million.

The Canaries shocked Chelsea in the 2013 final, becoming the only side to break the Blues’ seven-year domination of the competition.

Chelsea still boasted Ake, Baker, John Swift and Ruben Loftus-Cheek, but they were beaten home and away by Norwich, who won 1-0 at Carrow Road and 3-2 at Stamford Bridge.

Few of those players quite made it – the majority are playing non-league – while striker Carlton Morris eventually left the Canaries in 2021, joining Championship side Barnsley.

In both legs, Morris was flanked by the Murphy twins, who were hugely hyped at the time. Neither quite reached the European level some tipped them to, but they’ve forged decent careers in the top two tiers.

Josh has made 99 appearances for Cardiff since he joined in 2018, while Jacob has worked his way back into the fold at Newcastle United after a couple of loans away.

Christensen featured in the heart of defence in both legs as Chelsea conceded six goals to West London rivals Fulham in the 2014 final but still won via a bonkers 7-6 triumph on aggregate (3-2 away, 5-3 at home).

Of that crop, Ola Aina, Izzy Brown, Jay Dasilva, Dominic Solanke, Jake Clarke-Salter and Loftus-Cheek have all enjoyed various levels of success, but none can hold a candle to Christensen.

During the 2020-21 Champions League-winning run, the Denmark international looked like Ricardo Carvalho reborn under Thomas Tuchel. He followed that up with one of the most joyous goals you’ll ever see in front of Denmark’s fans at Euro 2020.

Christensen will reportedly join Barcelona when his contract expires this summer.

Few can accuse Abraham of not fulfilling his potential after scoring three of Chelsea’s five goals in the 2015 final against Manchester City (5-3 on aggregate).

Having filled his boots during Championship loans to Bristol City and Aston Villa, the forward was finally given a proper chance at his parent following Frank Lampard’s appointment and the transfer embargo back in 2019.

He finished as Chelsea’s top scorer in 2019-20 and is now shining at Jose Mourinho’s Roma after falling out of favour under Tuchel. How many Blues fans would swap him for Romelu Lukaku now?

Honourable mention to Fikayo Tomori, too.

Hudson-Odoi featured alongside Mount in behind striker Ike Ugbo in the 2017 final against a Manchester City side that boasted Jadon Sancho and Phil Foden.

Ugbo and Foden were on the scoresheet in a 1-1 first-leg draw in Manchester before Jody Morris’ Blues thrashed City 5-1 in the second leg. Hudson-Odoi scored the third of five goals that day and has since made the seamless step-up to the first team, attracting interest from Bayern Munich in the process.

The winger is yet to stake his place as a regular starter, but there’s plenty of time yet. He’s still just 21.

James featured alongside Marc Guehi and Trevoh Cholabah in a back three in the 2017 triumph and continued his development under Morris the following year along with Hudson-Odoi, who notched twice in the final.

He continued at centre-back, in a back four and then a back three, as Chelsea made it five-in-a-row in style, thrashing Arsenal 7-1 on aggregate.

Billy Gilmour and George McEachran also featured on that occasion, but it’s hard to look beyond James – arguably England’s best right-back where there’s an abundance, and flawless in a Champions League final victory. 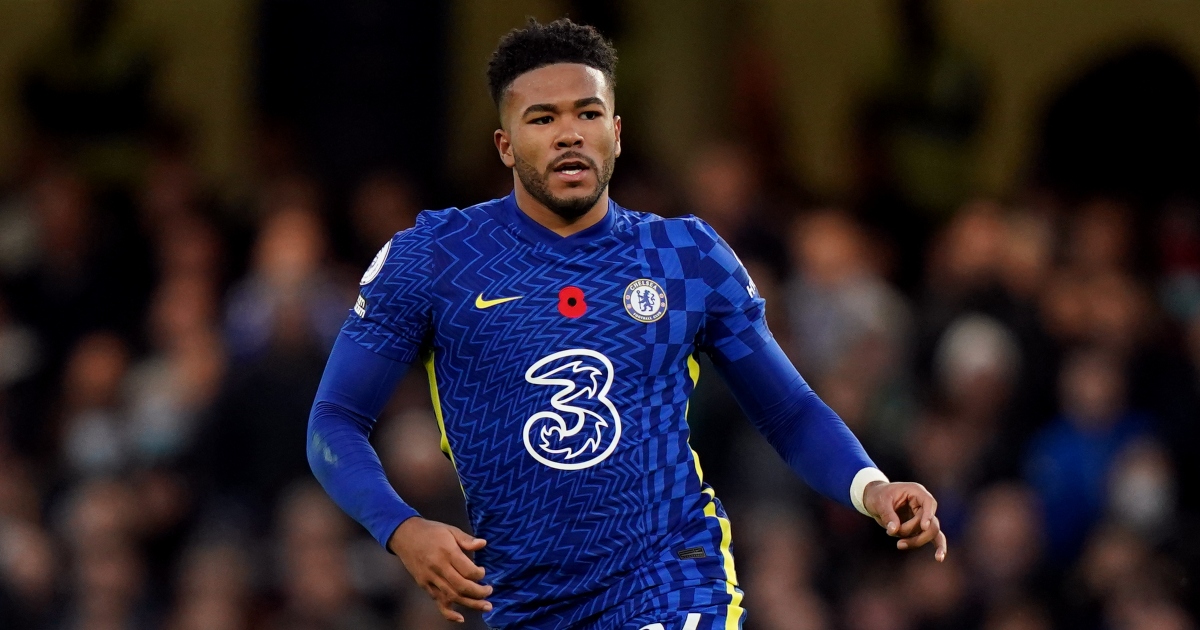 Wales defender Williams featured for Liverpool as they beat Manchester City on penalties after a 1-1 draw in the first one-legged final. It’s the first time the club won the trophy since 2007, when Jay Spearing was probably the best of the bunch.

Twenty-year-old Williams will hope to go further than Spearing, but he may need to leave Anfield to do so, having been capped more times for Wales (18) than handed Premier League appearances (13) for his boyhood club.

With it unlikely that he usurps fellow Kirkby academy graduate Alexander-Arnold anytime soon, Williams is forging a perfectly respectable career path. He played his part in Fulham’s promotion win on loan in the latter half of the 2021-22 campaign and may yet help Wales reach a first World Cup since 1958.

Southampton’s Valentino Livramento and Leeds United’s Lewis Bate featured for runners-up Chelsea, who lost 3-2 to Man City in the 2020 final.

City’s champions are still around the ages of 19 or 20 and just starting to break through at senior level, so it’s still a bit early to say which will definitively “make it” just yet.

Taylor Harwood-Bellis, Tommy Doyle and Liam Delap are all worth keeping an eye on, but Cole Palmer is probably the pick of the bunch. The 20-year-old forward has scored three goals in 11 appearances for Pep Guardiola’s side this season and you imagine – like Phil Foden before him – he’ll gradually become a bigger part of the first-team picture in the coming years.

As with City the year before, it’s still a bit soon to make any definitive judgements on the band of Aston Villa starlets that beat Liverpool 2-1 in last year’s FA Youth Cup final.

The likes of Aaron Ramsey and Louie Barry have since gained senior experience out on loan at Football League clubs, but the one that looks likeliest to make it at Villa Park is 18-year-old midfielder Carney Chukwuemeka.

He’s started to break through into the first team in 2021-22, but his future remains uncertain amid a contract dispute. The England Under-19 international’s current deal runs to 2023 but Steven Gerrard wants to keep him around for longer.

“We want him to sign and to extend and reward him for what we’ve seen so far,” the Villa boss recently told reporters.

“We’ve got big aspirations and a big road map for Carney but, in terms of answering your question, there’s only one person who can answer and that’s Carney.”