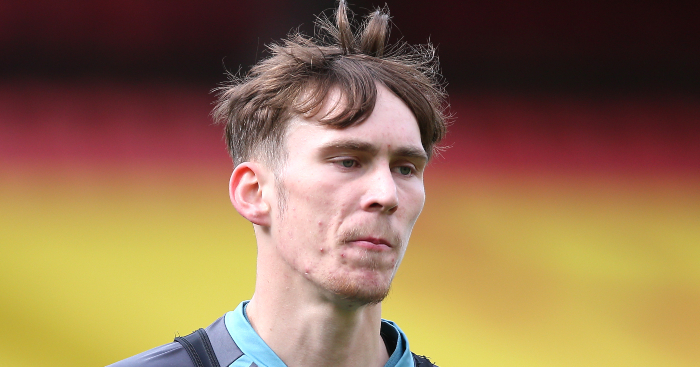 Watford remain unbeaten since returning to the Championship after a 1-0 won over Luton Town. While Brazilian forward Joao Pedro may have gotten the goal, it was on-loan Manchester United midfielder James Garner that had Watford fans purring.

Garner, who joined the Hornets on a season-long loan earlier this month, was making his first start in the Championship.

Playing the full 90 minutes, the 19-year-old completed 41 passes at a success rate of 75.6% – the third most of any Watford player.

Garner has been one of the stars of Manchester United’s youth sides in recent years, even featuring in the Europa League for the first team on four occasions last season.

Since moving to Watford, his new boss Vladimir Ivic has already heaped praise on him, saying: “He is one of the most talented players in England.

“He is a quality player with the ball, he knows how to move the ball fast and he thinks fast which is very important.”

If Garner continues this form in the Championship, this could be a huge season for his chances to break into the Manchester United’s first team on a consistent basis.

We’ve rounded up a number of tweets from Watford and United fans that are already getting excited by the midfielder.

James Garner is going to be great next season. Will overtake McTominay in the pecking order too.

James Garner lowkey balling in the championship to take over from matic next season. My boy

James Garner with a lovely performance for Watford #WATLUT #MUFC

What a player we have on our hands there. Some of his passes today have gone under the radar. Completely oozes footballing ability.

Unlucky not to score too!#watfordfc

James Garner is unreal. United could clearly do with him right now.