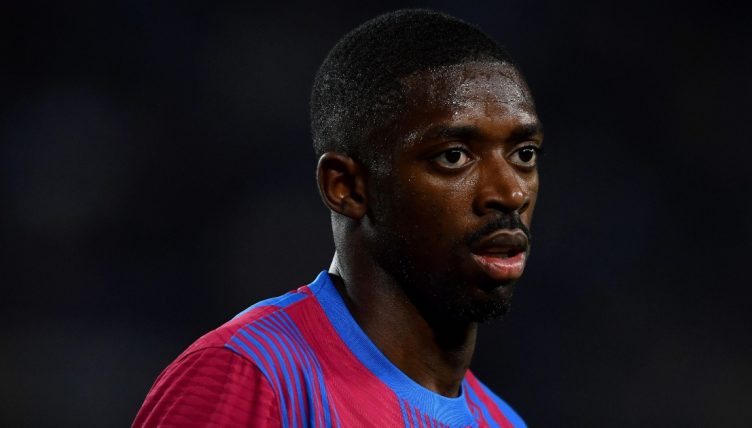 Ousmane Dembele has been one of Europe’s most improved players in 2022 – and it might just have been enough for him to earn a new contract at the Camp Nou.

The France international joined Barcelona for a whopping £89million in 2017 but has only shown fleeting glimpses of his talent during his spell in Spain.

He has struggled with injuries, spending more games sidelined than he’s actually managed to play in Catalonia. And there have been constant reports of tardiness and other misdemeanours in the Spanish press, who have targetted him endlessly.

The winger looked set to leave Camp Nou with his contract due to expire this summer, but his resurgence in recent months has seen many Barca fans call for Dembele to stay.

“I have no doubts with him,” Barca manager Xavi said before the victory over Celta Vigo in May 2022. “Even though he’s not having much luck in front of goal, he generates a lot of danger. He is a difference-maker. I am very satisfied with him.

“The club know my idea in terms of next season. But there’s an agent, a club, a player… it won’t be easy, but I hope he renews.”

It sounds as though Xavi and thousands of Barcelona fans have had their wish granted, with Catalunya Radio reporting that Dembele has decided to stay at the club, spurning reported interest from the likes of PSG and Chelsea.

We’ve collected seven amazing stats that demonstrate Dembele’s improvement since the turn of the year.

– After his two assists against Celta Vigo, Dembele has now recorded 11 La Liga assists since the start of January. That’s the same number he achieved between April 2018 and the end of 2021.

– And, with those 11, only his Les Bleus team-mate Kylian Mbappe has more assists in Europe’s top five leagues in 2022, with 12. PSG’s Lionel Messi is one behind on 10.

– Dembele is one of three French players since 2006-07 to have provided 13 or more assists in a single season across Europe’s top five leagues, along with Kylian Mbappe and Christopher Nkunku.

– His performance against Athletic Bilbao in February was particularly eye-catching. Coming on as a 66th-minute substitute, the winger created three chances, registered two assists and scored during a 3-0 victory.

– Under Xavi’s watchful eye, Dembele has registered either a goal or an assist every 127.8 minutes in all competitions. This number under Ronald Koeman was 168.6.

Ultimate wonderkid Xavi Simons has a career-defining decision to make