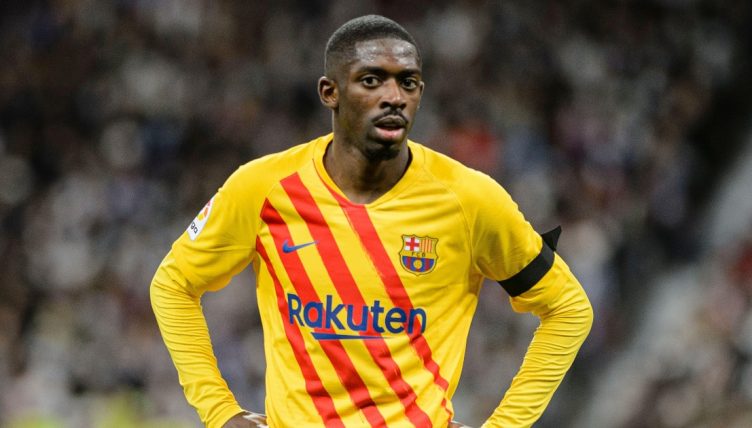 Since joining Barcelona in a deal worth a potential £135.5million in 2017, Ousmane Dembele has often failed to live up to expectations.

Dembele, who was signed as a direct replacement for Neymar, has struggled with injuries and inconsistency during his time at Camp Nou.

The 24-year-old spent his first two-and-a-half years at Barcelona playing under Ernesto Valverde but didn’t make a single appearance for Quique Setien.

He then displayed flashes of his incredible talent under Ronald Koeman in 2020-21, only to suffer a serious knee injury in France’s Euro 2020 game against Hungary.

During Dembele’s time on the treatment table, Koeman was sacked by Barcelona and replaced in the dugout by legendary midfielder Xavi.

The winger, who is out of contract in the summer, was briefly exiled from the Barcelona squad in January after being told to either sign a new deal or find a new club.

But he has since been brought back into the fold by Xavi and is currently starring under the new manager, helping Barcelona fly up the league table and progress to the Europa League quarter-finals.

“He’s been a good professional, his behaviour is irreproachable: I have no complaints,” Xavi said in March.

“I’m pleased for him because it hasn’t been an easy situation, but I always said he could be the best in the world in his position. As a club I think we were intelligent and we have to make the most of him because he is a talent.”

According to ESPN, Barcelona have now reopened talks with Dembele over a contract extension and his priority is to remain at Camp Nou.

We’ve taken a look at Dembele’s overall stats under Koeman and his stats under Xavi to see how they compare.

As the stats show, the France international was far more prolific in front of goal during Koeman’s reign in charge. But he has developed into an assist machine under Xavi and is averaging a direct goal contribution on a more regular basis.