11 big stars out of contract next summer: Messi, Firmino, Kante… 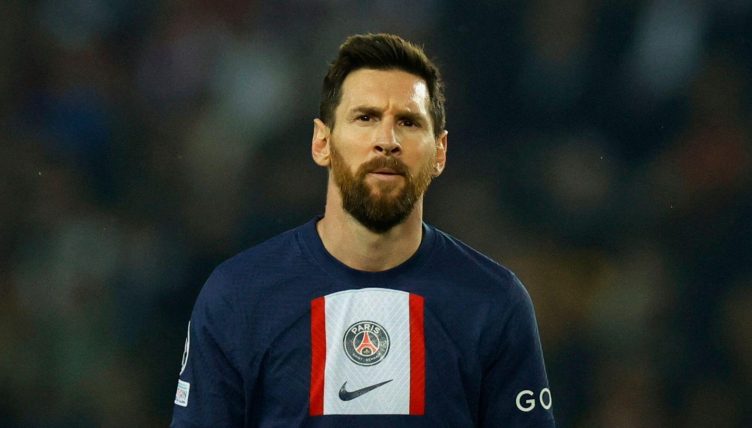 Fans of PSG, Chelsea, Real Madrid and Liverpool will have nervously noted that some of their star players are almost into the final six months of their contracts.

There could be fireworks in the summer if some of these names are allowed to move on a free transfer, with clubs queuing up for their signatures. The players are even free to negotiate with potential suitors and sign a pre-contract agreement in January.

Here are 11 huge names that are out of contract in the summer of 2023.

It will be fascinating to see where Messi decides to have his post-World Cup victory lap, with no shortage of options when his current deal at PSG expires in the summer – at which point he’ll be 36.

MLS outfit Inter Miami are reportedly very keen, while Barcelona’s club hierarchy have made it publically clear they’re trying to convince their greatest-ever player to make a romantic return to the Camp Nou.

PSG also want him to stay, while Fabrizio Romano and La Parisien report that Messi has a verbal agreement to extend his contract with the French giants. However, that might not quite be true.

“Told it is NOT true Lionel Messi has verbally agreed to a new PSG deal,” refuted journalist Ben Jacobs on Twitter.

“Senior PSG club sources reiterate Messi is happy & they’d love a 1+1 extension. But no post-World Cup conversations yet & thus no verbal agreement in place. Talks to renew will only happen in New Year.

“PSG have always been confident Messi will extend. He’s settled in Paris and in excellent form.

“But club sources are “very surprised” by news Messi has already told them he’ll extend. He’s celebrating his World Cup win and no conversations on the matter have yet taken place.” 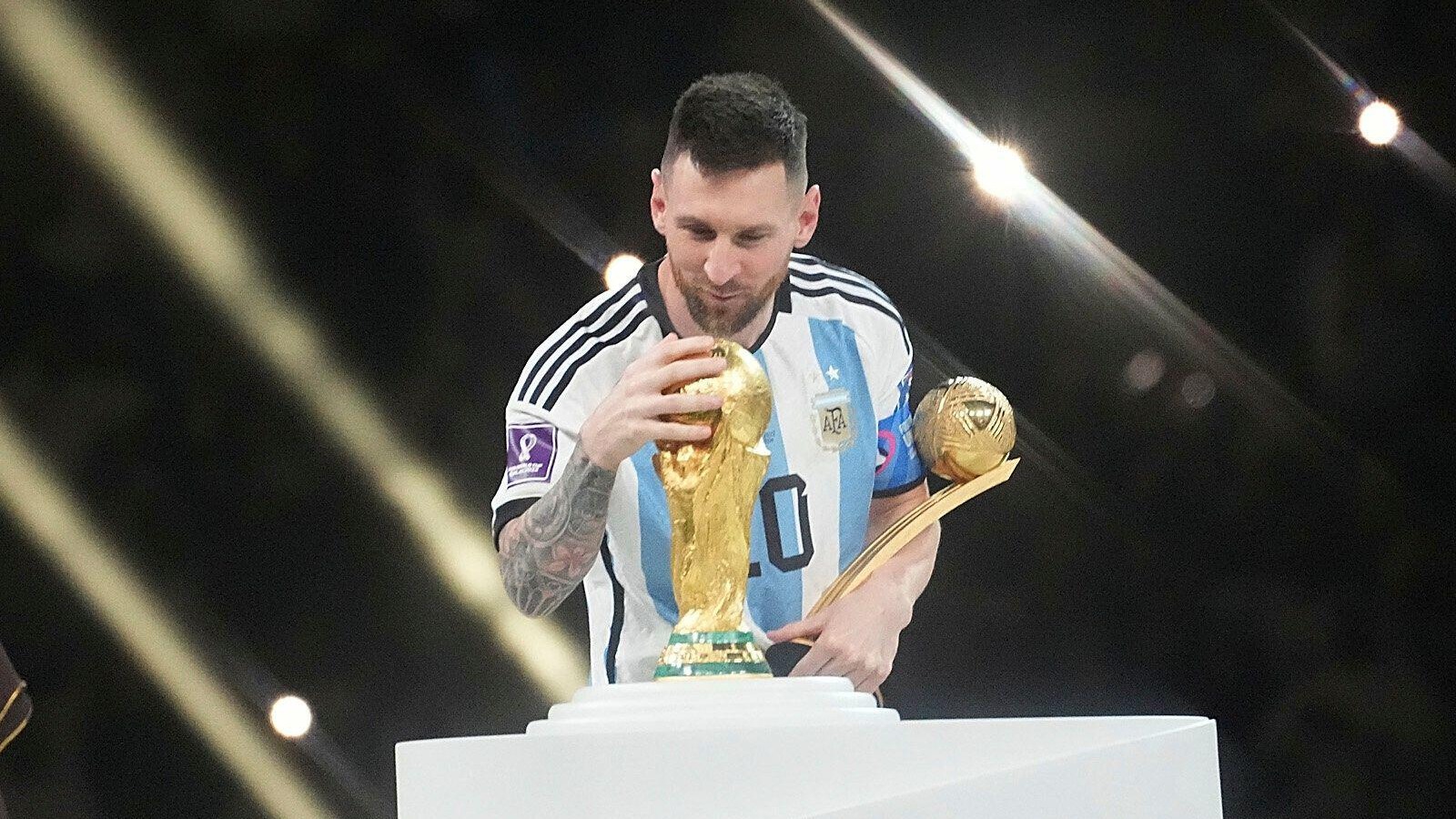 The 27-year-old Inter defender is the most valuable free agent in the summer, according to Transfermarkt’s valuations.

Skriniar has made over 200 appearances for the Nerazzurri since 2017 and was among their standout players when they won the Scudetto in 2020-21.

Gianluca Di Marzio reports that Inter have made him the “highest possible offer” to extend and stay. Newcastle and PSG are also said to be interested.

He’s also been strongly tipped to reunite with Antonio Conte at Tottenham, though there remain doubts whether the Italian coach will still be in charge of the north London club next season,

Liverpool haven’t started 2022-23 well, but has Firmino enjoyed his best spell of form in years and was unlucky to miss out on a place in Brazil’s squad for the World Cup. No player has made more appearances for Klopp’s Liverpool than the 31-year-old.

With Diogo Jota, Luis Diaz and Darwin Nunez arriving in recent years to freshen up Liverpool’s forward line, it looked as though 2023 would be a natural time for Liverpool’s No.9 to wave goodbye.

But Football Insider report that the Reds have offered the Brazilian an extension on reduced terms. Watch this space.

It looked certain that the Belgian would depart Leicester in the summer, but those links to Arsenal fizzled out and his big move never materialised.

So Tielemans has had no choice but to knuckle down and kick on at the King Power. One worth keeping an eye on in January – could Mikel Arteta’s Gunners revive their interest?

With a whopping €1billion release clause, there was never any question of the Frenchman departing the Bernabeu before 2023. But now he’s approaching the final six months of that deal and it remains to be seen whether he’ll extend.

Benzema looked the best player in the world as Los Blancos claimed a La Liga and Champions League double, but he’s 35 now and has struggled with injuries this season. Florentino Perez has been ruthless before when it comes to waving goodbye to club icons – Sergio Ramos, anyone?

Unlike Ramos, Modric has continually done his talking on the pitch, quietly maintaining his very high standards into his late thirties and receiving a series of contract extensions as a result.

He signed his last one-year deal in the summer, and it wouldn’t be a shock to see the 37-year-old stay at the Bernabeu next season, given how well he continues to play.

But with the next generation – Eduardo Camavinga, Aurelien Tchouameni and Federico Valverde – coming through, the Madrid hierarchy may decide that this summer is the time to move on and look to the future. Especially with World Cup stars Jude Bellingham and Enzo Fernandez strongly linked to be their next big-money signings.

Casemiro’s already gone, while Kroos could soon follow alongside Modric. It would truly be a new dawn if the era-defining midfield trio all left.

But Carlo Ancelotti wants the 32-year-old German to stay.

“We’ll speak after the World Cup, in January or February. Personally, I think he’ll stay on because he is doing well. He’s playing better than last season, when he had struggled in the first half of the campaign before a good second half of the season,” Ancelotti told reporters back in October.

“Of course I do, I love Chelsea,” responded the Italy international when asked by Jim White on talkSPORT if he wants to stay at Stamdord Bridge.

“But this is a thing I’m not going to think about now. I need to think about winning games. Otherwise it’s a problem. I’ll focus game by game and then we’ll see what’s going to happen. But my mind is on Chelsea now and trying to win as many games as possible.”

Jorginho will be free to sign a pre-contract with overseas clubs in January.

Jorginho isn’t the only Chelsea midfielder out of contract in the summer.

Kante has been rated as one of the best midfielders in the world over the past seven years. He was particularly impressive in winning the Premier League with two different clubs, France’s 2018 World Cup triumph, and Chelsea’s Champions League victory of 2021.

But there’s an increasing sense that injuries are taking their toll. The 31-year-old has been sidelined since August and it remains to be seen whether Todd Boehly’s Blues will offer the 31-year-old a new deal.

Reports from Spain have suggested that Kante may sign a pre-contract agreement with Barcelona in the coming weeks.

Crystal Palace are said to have offered their star man a new deal with a considerable pay rise.

Zaha has notched 89 goals and 75 assists in 443 appearances for his boyhood club, including a career-best 15 last term.

A move to Manchester United, when he was 20, never quite worked out – but a decade on, this summer may well offer his last opportunity to move to a club that can offer European football.

The Borussia Dortmund striker only turned 18 in November and was the youngest player at the World Cup.

But the Bundesliga club have failed to tie down their star prospect, and he’s free to leave in the summer.

There’ll be no shortage of clubs around eyeing up Moukoko’s signature, but Dortmund may well be the best place for his development – he only needs to look at Jude Bellingham, Jadon Sancho and Erling Haaland. Moving on so soon would represent a big risk.

He couldn’t quite follow in the footsteps of his legendary father and lift the World Cup with Les Bleus, but Thuram’s lively performances in Qatar ought to have made any budding scouts sit up and take notice.

The 25-year-old forward is out of contract at Borussia Monchengladbach in 2023 and could move for a cut-price fee in January. Arsenal have been mooted as a potential destination.

“I think he could be a good addition,” former Gunners striker Kevin Campbell told The Highbury Squad.

“Someone who can play across the front and someone who can give us a bit of physical presence up there because, although Eddie has been working on his physique and looks a bit stronger, [he is] somebody who is bigger, stronger, somebody more physical.

“That will keep defences on their toes, that’s for sure. It will be a fair deal because it will be pretty cheap because he has only got six months left on his contract, so it could be a good deal to be done.”

READ NEXT: Ronaldo to Al Nassr? The 7 most lucrative contracts in football history