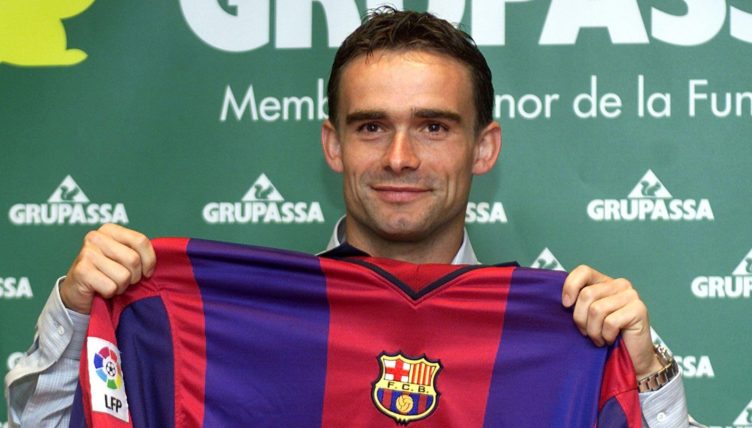 Barcelona sold Luis Figo to arch-rivals Real Madrid for €60million in 2000. Arguably the most infamous transfer in history, the move was the subject of a critically acclaimed Netflix documentary earlier this year.

The purchases made in the aftermath of that sale were also heavily criticised as Barca burned through a succession of managers and went four seasons without winning any silverware. Parallels can certainly be drawn with the way the club wasted the Neymar fee in 2017.

We’ve taken a closer look at the five players Barcelona signed for a fee in the summer of Figo’s switch to the Bernabeu.

The Dutchman was signed from Arsenal in the summer of 2000 for €40million; a significant chunk of the fee received for Figo.

In his three seasons with the Gunners, Overmars never scored fewer than 12 goals in a season, with a personal best of 16 helping Arsene Wenger to a league and cup double in 1998.

Arriving in Catalonia aged 27, the forward should have been in the prime of his career, but his standards quickly began to slide once he pulled on his new colours.

In four seasons with Barca, he scored just 19 goals as persistent knee injuries prevented him from building up form and fitness. A second-place finish in Frank Rijkaard’s first season at the helm marked a change in fortunes but it also marked the end of Overmars’ time with the club, as he retired in July 2004.

🔵🔴 Pass & move from Barcelona before Marc Overmars slots home against Liverpool back in 2001…#UCL | @FCBarcelona pic.twitter.com/1SUmiOOTKu

Another Gunner arrived at the Camp Nou that summer in the form of Emmanuel Petit, who made the switch in a joint transfer alongside Overmars.

Two years earlier, the midfielder had played a major role in guiding France to their first World Cup victory, scoring the third goal against Brazil in the final, while he had just helped Les Bleus also win Euro 2000. Hopes were therefore high at his new home.

Arriving at the age of 29, Barca were able to bring him in for a fraction of the price splashed on Overmars, albeit still a considerable €14million for the time.

Wenger had turned Petit into a defensive midfielder at Highbury, proving a colossus alongside Patrick Viera, but he was bumped further back into the centre of defence by Barca boss Lorenzo Serra Ferrer.

Petit has since accused Ferrer of not knowing what position he played in at the time of his signing, telling SFRSport in 2016.

“Richard [Dutruel] was translating and he was translating normally when he suddenly stopped and after five minutes he turned to me and I saw ‘Mayday, Mayday’ flashing in his eyes.

“He told me, ‘The coach wants to know in which position you play.’ We’d just finished the Euro. I looked at the coach, looked at Richard, and said, ‘Is he joking?’ Richard replied, ‘He’s not joking.’

“So, I said to him, ‘I want you to ask him where he has been for the last two years. Has he been kidnapped? Was he in the jungle where there was no TV?’ The bloke was taking the piss out of me.”

A string of injuries meant he failed to settle and left for Chelsea after just one season, where he at least got to play in midfield. 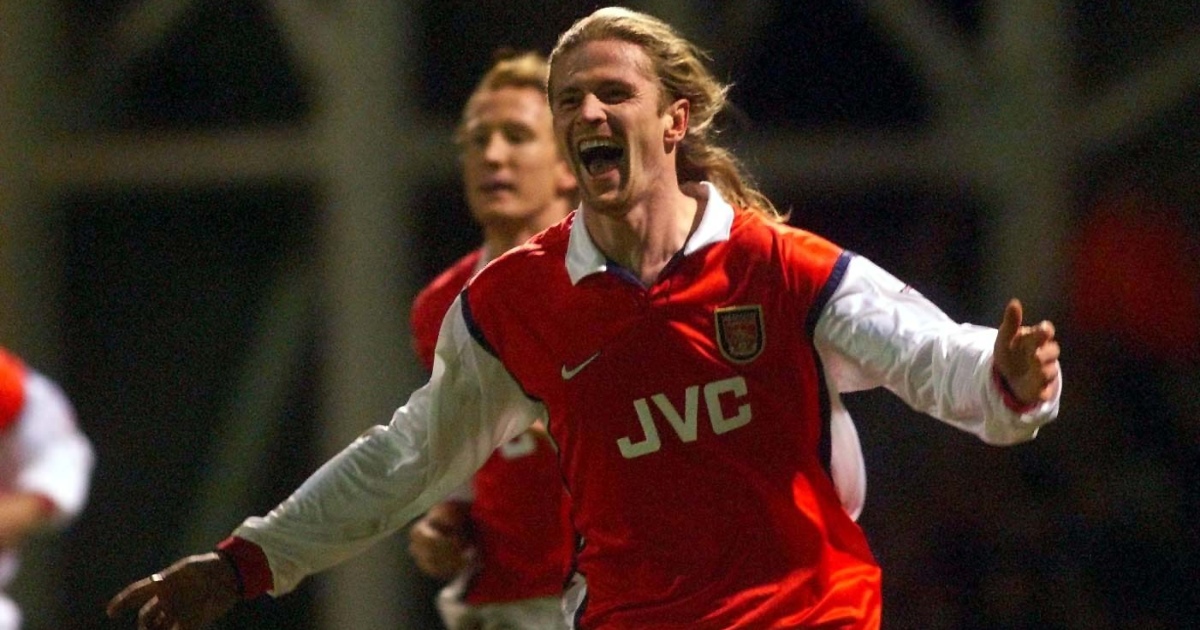 After rising through the Real Madrid youth system, Alfonso pulled a reverse Figo by joining Barcelona in 2000 – albeit with a five-year stint with Real Betis in between.

After Figo was sold, €16.5million was splashed on the striker, who had set a Betis record by scoring 25 La Liga goals in 1996-97, only to follow that up with two more underwhelming seasons prior to joining Barca.

He continued that form at his new club, scoring two goals in his first year at the Camp Nou before being shipped out to Marseille on loan. By 2002, Alfonso was back at Betis.

Having initially graduated through Barcelona’s famed La Masia academy, Gerard signed for Valencia in 1997, helping them to the 2000 Champions League final.

He returned to the Camp Nou three years later as one of Spain’s most promising talents in a deal worth €24million, but although he made plenty of appearances for his boyhood club in five years, he never nailed down a starting spot, making 20+ league appearances in a single season just once.

Gerard ended his spell with a La Liga title in 2005, moving onto Monaco that summer, where he suffered a series of serious injuries. Spells back in Spain with Recreativo and Girona brought his career to an end in 2011.

His roots always remained in Barcelona, however. In 2013, he replaced the great Johan Cruyff as manager of the Catalonia national team before spending three years in charge of his former club’s B team.

The final player to sign for a fee in the immediate aftermath of Figo’s sale, French goalkeeper Dutruel was bought for €4million from Celta Vigo.

He never came close to establishing himself at the Camp Nou, however, and frequently found himself benched in favour of a then 17-year-old Pepe Reina. He even dropped down to third choice in his second season.

During his time with the club, Dutruel did manage to win one international cap for France, coming on as a substitute against Cameroon in October 2000.

Spells with Alaves and Strasbourg followed before his retirement in 2005.