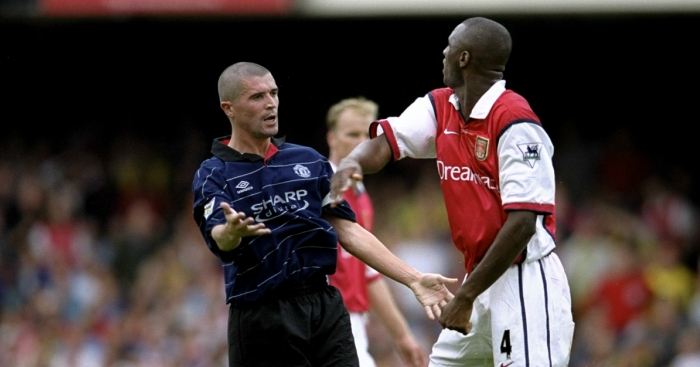 Patrick Vieira and Roy Keane are two of the best midfielders in Premier League history and together were at the heart of the league’s greatest rivalry between Manchester United and Arsenal.

The two were warriors, constantly trying to outdo one another on the pitch, both unafraid to go in hard and to demand the very best of their team-mates.

After retiring, both have tried their hand at management. Keane took over at Sunderland and led them to the 2006-07 Football League Championship title, earning promotion back to the Premier League where he kept them up the following year.

His spell at Ipswich for two and a half seasons was less successful and was his most recent job as the main man in the dugout, ending in early 2011. He then went into assistant manager roles with Ireland, Aston Villa, and Nottingham Forest.

Vieira’s managerial career is a lot more fresh in the memory with him currently being Crystal Palace manager after taking over from Roy Hodgson. Previously he had spells with Manchester City’s youth sides, New York City FC and OGC Nice.

But how do their senior managerial statistics stand up against one another?

🔴⚪️ Vieira vs Keane a rivalry like no other 💯⚪️🔴 pic.twitter.com/FfXpmK8bFx