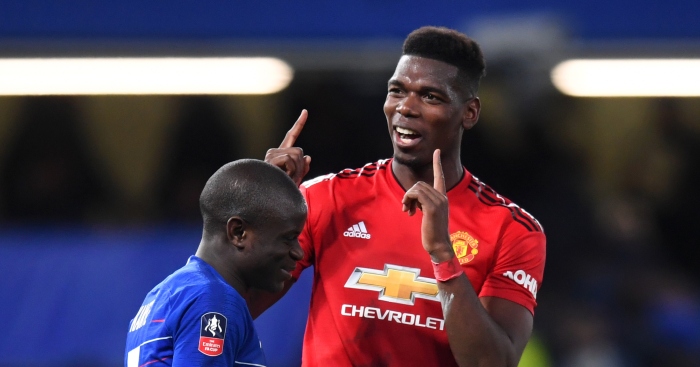 Manchester United are through to the last eight of the FA Cup after a 2-0 win at Chelsea, and Paul Pogba was once more at the heart of it all.

The French midfielder has shown some of his best ever form for the club in the last six weeks, helping carry United back into the top four with nine goals in 11 games.

The ninth of those arrived at Stamford Bridge, but earlier in the evening we saw the highlight of the Frenchman’s game in the form of a pinpoint cross to set up Ander Herrera’s opener.

As Herrera stands alone to head beyond Kepa in the Chelsea goal, it might not be easy to immediately identify the quality of the cross.

However, as soon as you take a closer look it’s clear that the delivery from Pogba is almost as good as a goal in its own right.

It’s not even the kind of ball an out-of-form player might struggle to execute – it’s the sort of thing they’re unlikely to even try.

Pogba’s presence on the left, a spot we’d often see him crop up in for Juventus, just makes the surrounding Chelsea players seem tiny in comparison.

The Frenchman’s confidence seems to add an inch to his height, and that’s enough to allow him to see over all comers, as if he’s sat atop Montmartre, casting his eye over all of Paris.

From such a vantage point, the delivery for Herrera feels like he’s simply placing the ball onto the head of the Spaniard, a human hand dropping a ball down for the miniature players on a foosball table.

Of course, it’s nowhere near that easy, and yet it’s hard to conceive of another outcome. 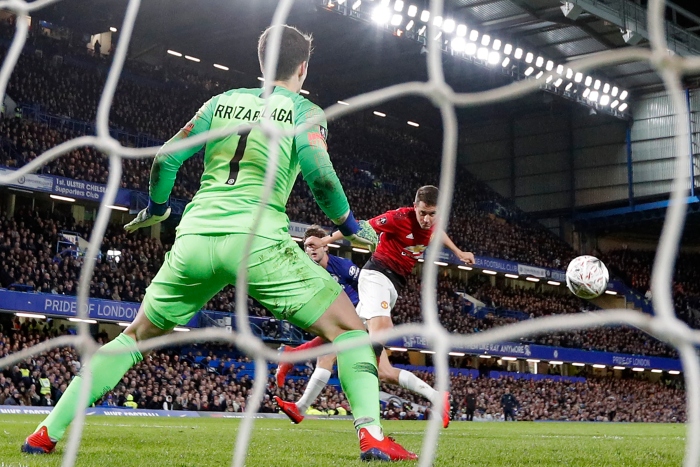 The value of confidence in football can often be overstated, and yet it’s difficult to imagine November’s Pogba pulling off this kind of move with such nonchalance.

It’s a level of execution borne of not just believing you can do something, but of knowing you will.

Both with this and with Marcus Rashford’s cross for Pogba to head home later in the game, there’s a feeling of playing football inside a movie: there’s no pressure to get things right the first time, because there will be further takes if needed, and yet this lack of pressure makes it easier to get the performance spot-on without any need for reshoots.

One thing’s for certain – PSG will be grateful for the reminder that Pogba is suspended for the second leg of their Champions League tie. He might not have done anything like this against them at Old Trafford, but they’ll know he’s capable of it regardless of location.