‘Self-important tripe’: 10 of the most brutal reviews of Paul Pogba’s doc 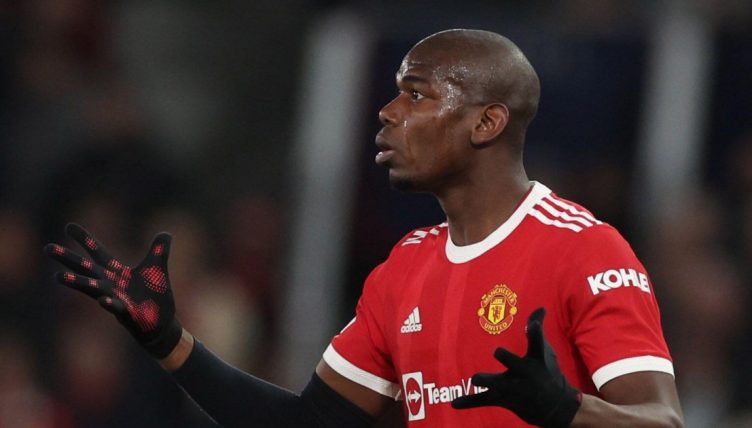 While Paul Pogba has undeniable bags of technical talent and is one of the game’s biggest names, he is also one of the most divisive footballers in the world.

Just look at how disgruntled Manchester United fans have responded to his new documentary, aptly called ‘ The Pogmentary’.

All but confirmed as a Juventus footballer once again, Pogba’s documentary series is billed as “a glimpse into the life of Paul Pogba, the influential world-class French footballer.” But all it seems to have done is to influence people to share just how bad they felt the show was online.

A scene where Pogba openly describes the £300,000 a week contract extension United proposed as “nothing” has caused havoc online.

It’s quickly become the lowest-rated show on IMDB in the film and TV website’s history, currently sitting on just one star out of 10.

Some of those reviews really don’t hold back, and so we’ve decided to go through and find the 10 most brutal reviews of The Pogmentary and bring them to you for your reading pleasure.

Leest-549-727704:  Delusions of grandure and self-important tripe. It’s a disgrace to all real footballers who went before him. It’s a disgrace to humans that work 9 to 5 for a fraction of what this guy earns in a week. Avoid, don’t feed his overinflated ego.

markwhelan-13541: This guy is one of the biggest self-promoting hacks on the planet. Don’t waste your time or the electricity by watching this. I’d rather lick my own armpit.

bpzsvcscd: No responsibility taken for any bad results, it’s everyone else’s problem. The man is a virus and this documentary sees him full of his own importance. £300k is nothing yet he’s going to sign for Juve for half that, let this be the end of him now.

What an amazing night! Was such a good time!
Make sure you watch #ThePogmentary available now on @PrimeVideoFR 🎬
Love you guys ❤️ pic.twitter.com/MQ4sPOqVsL

siddharth-ck: How can a documentary be this bad, totally unexpected from a platform like Amazon. Really poorly structured and a total waste of time. Clear avoid for anyone who hasn’t watched this.

iffatrabbaniovi: He smiles a lot but he was such a bad vibe for the club. No respect whatsoever for the club, supporter. ManUtd paid a lot to get him back – and this is what they’ve got. Such a shame. Pogboom is such a Pogshame.

philjberry: What an awful documentary by a jumped up narcissist £300.000 is nothing apparently, if this was a comedy I’d have given it a 10 but unfortunately he genuinely thinks he’s world class, the mind boggles!!

robbysiregar-66450: The virus and the leaker of the dressing room finally gone, digging his own grave with this documentary. You’d love to see it. You can see that both Sir Alex Ferguson and Jose Mourinho were right about the player. Most of United fans including myself has been a supporter of him, even against Mourinho but thank to this documentary, we proved wrong. This documentary opened our eyes that, maybe, if not absolutely, after all, the manager is always right about their players.

dmckeown-05226: Wow, where do I start on this! This is by far the most ridiculous thing I have ever seen in my life! Paul Pogba should be jailed for crimes against football and TV, I would rather paint my eyeballs turquoise and watch the paint dry on my eyeballs than watch this trash again, also I hate the colour turquoise.

This is where he came from. This is what he's been through.#ThePogmentary, available NOW on Prime Video 📺 pic.twitter.com/x6jAPPcihJ

nelsondavid-52332: A terrible attempt to milk Manchester United. Series has poor quality, and I am sad that I wasted my time to watch this. I tried to make sense of what was happening, but all I can make out of it is a player that tries to justify how bad he was. Stay off it!

ryandavid-32071: Much like the player himself, this is a largely forgettable, cheap attempt at fame. Complete waste of time talent and money. This film is essentially a stroke of the ego of Paul Pogba. I have never seen a person so unremarkable crave attention and celebrity.