Paul Pogba, his outstanding stats and the impact of Nemanja Matic

Paul Pogba is enjoying an excellent season for Manchester United, proving himself as the all-action midfielder fans hoped they were getting when he rejoined in 2016 – and his improvement is well and truly borne out by the stats.

After a steady first campaign back at Old Trafford, Pogba has improved immensely this time around. He is the lynchpin of this Jose Mourinho side, capable of bossing the game and providing moments of brilliance when needed.

United’s results in the Premier League with and without Pogba this season highlight his importance: they’ve won 10 and drawn four of the 14 games he’s played in, compared to six wins, one draw and three defeats when he’s not in the side.

In fact, United haven’t lost a Premier League game that the Frenchman has started for over 14 months, since the 4-0 defeat at Chelsea in October 2016.

In total, Pogba has suffered defeat only three times in 47 appearances in the league for United. It’s impressive stuff. 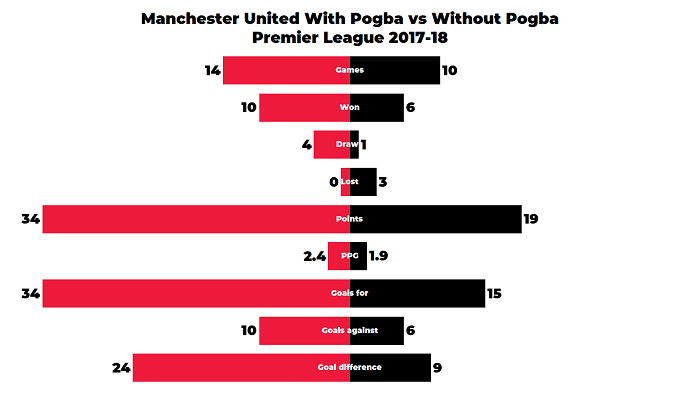 Pogba has increased his attacking contributions this season, already providing nine assists in the league, over double what he managed for the entire of last campaign. Only Kevin De Bruyne and Leroy Sane can boast more assists to date.

In addition to Pogba’s assists, his three goals mean he has directly contributed to a goal every 102 minutes. This can only be bettered by eight players, all of whom play further up the field. 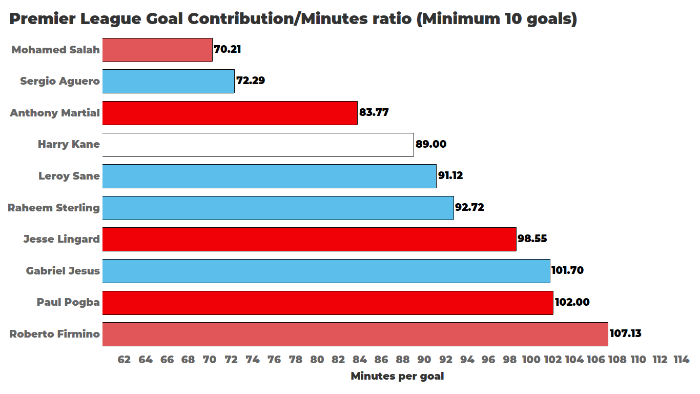 Pogba is also helping United dictate the flow of games, contributing an average of 68 passes a game, putting him behind only Nemanja Matic (69) at Old Trafford. These aren’t just safe, sideways passes either: he’s supplying 2.1 key passes per game, putting him comfortably in the top 10 in the Premier League.

Watching Pogba in full flow really is a thing of beauty. He glides around the turf, demanding the ball at every opportunity, always trying to make things happen.

He’s a rare breed of footballer than can combine flair and skill with brute strength. The way he holds off an opposition player, almost taunting them, waiting for the right moment to release the killer pass. On occasions like this, he is the epitome of the old cliché ‘being worth the entry fee alone’.

So, what has inspired Pogba’s improvement so far this season? Well, a big factor has been the introduction of Nemanja Matic alongside him in the centre of midfield.

The Serbian provides the necessary support for Pogba, to allow him to float around the pitch and influence the proceedings in the attacking third.

In comparison to last season, when Pogba was often partnered with Ander Herrera, the difference is obvious. Herrera is a quality player, but he simply does not possess the same tactical discipline as Matic.

The below shows the average team positions from two home games against Stoke, the 3-0 win earlier this month and a 1-1 draw in the 2016-17 season. 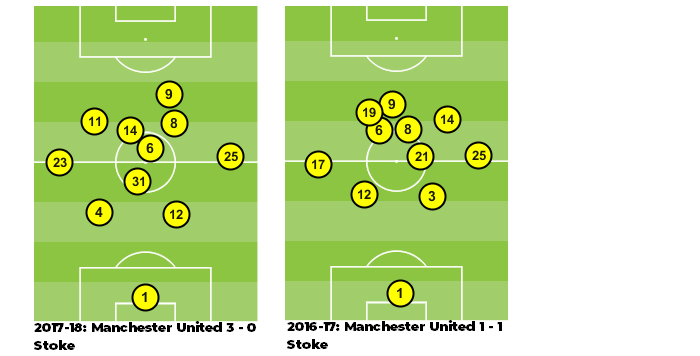 You can see Pogba’s position (No.6) is similar in both, slightly above the half way line and just behind the striker. The difference is that in this season’s win, Matic (31) is in a central defensive midfield position, sweeping up behind Pogba and providing a solid base.

In last season’s game, Pogba’s partner Hererra (21) is higher up the field and not in the centre. The result of this was that United were often susceptible to the counter-attack and Pogba’s defensive contribution was questioned.

While Pogba’s positioning has stayed the same, the introduction of Matic has helped shore United up. 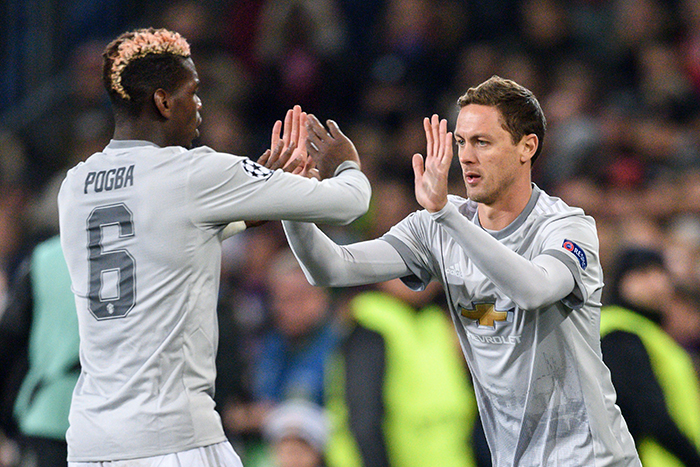 Another likely reason for Pogba’s improvement that can be unfairly overlooked is that it can take players some time to settle when playing in a new league.

Because of Pogba’s big price tag – and perhaps even bigger reputation – it is easy to forget he is still only 24 years old. But just because he was purchased for £89million doesn’t mean he can adapt to playing in a new team and a new country overnight. He had, after all, made only three Premier League appearances in his first spell at United.

Something else that may have helped with Pogba is having the summer off and thus more time to rest and recuperate for the upcoming season.

From the start of the 2012-13 season with Juventus, to the end of the 2016-17 season with United, Pogba played 278 games for club and country. That’s an average of 55 games a year, across five years – a remarkable workload for any player.

The 12 games he missed earlier this season was the joint-longest injury lay-off he’s ever had, something Mourinho will be wary of if he continues to play in every game, but if United can keep both Pogba and Matic fit, they have every right to expect a strong second half of the season.