16 players who flopped in the Prem but proved themselves elsewhere 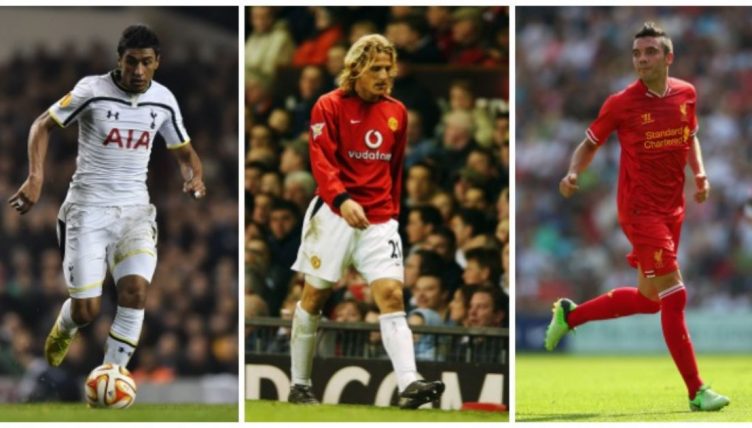 Players are often written off by English football fans if they fail to impress in the Premier League – but plenty have gone on to prove their class elsewhere in Europe.

Many regard the Premier League as the hardest league to play in, and several players with big reputations have moved to these shores only to struggle. Some of them simply made the move too late for English fans to see the best of them.

But other players have been let go by Premier League clubs as youngsters or even in their supposed peak years due to apparently being not good enough, only to then go and prove themselves in a big way somewhere else…

Given he was still only 21 by the time he left Manchester United, calling Pique a flop might be slightly harsh, but Sir Alex Ferguson had seen enough of the defender to deem he was not suitable to English football following a defeat at Bolton in 2007.

Rejoining his boyhood club Barcelona, Pique has gone on to win pretty much every available honour for club and country.

@3gerardpique a long way from that day getting roasted by Anelka at Bolton’s Reebok stadium. God damn you fate. pic.twitter.com/9iWPHWRZ95

Salah lasted just 12 months under Jose Mourinho at Chelsea, starting only six games in the Premier League before being loaned to Fiorentina in February 2015.

Mourinho, however, insists it was not his decision to sell the winger to Roma, telling ESPN: “People say that I was the one that sold Salah and it is the opposite.

It’s fair to say whoever at Chelsea made the call was regretting it come 2017 when Salah returned to England with Liverpool and went on to score 44 in his first season at Anfield.

Conversely, mention Aspas’ name at Anfield and you’re likely to get the same mention of ‘that corner’ from every fan. But he’s certainly recovered from the humiliation of it.

Already a hero at Celta Vigo for the goals which helped them avoid extinction in his first spell at the club, Aspas returned to Galicia in 2015 and has scored 129 goals in his subsequent 254 games.

He even became a full Spain international in 2016, scoring against England at Wembley on his debut.

In the summer of 2011, City allowed Boateng to join Bayern Munich for a fee in the region of £15million after only one season and 24 appearances in England.

City went on to spend huge amounts of money on the likes of Eliaquim Mangala – though they admittedly did find some good centre-halves eventually – while Boateng established a reputation as one of the best defenders in world football.

Much was expected when Memphis signed for Manchester United in 2015, but Louis van Gaal actually predicted the underwhelming first season at Old Trafford that would follow for the winger.

“The plan is to help him develop as a player, but we must all be patient,” Van Gaal said in his United programme notes shortly after the signing was announced.

“The Premier League is very different from any other league and it will take time for him to fully adapt to the pace and unforgiving nature of football in this country.”

However, Van Gaal was sacked and replaced by Jose Mourinho at the end of that season, and in January 2017 Memphis was sold to Lyon having been starved of chances by the new manager.

In his four and a half seasons in France, he fired Lyon to the quarter-finals of the Champions League and did enough to earn himself a move to Barcelona.

Whether or not Forlan deserves to be considered a flop at Manchester United is questionable, with his efforts always appreciated by the Old Trafford faithful despite a lack of goals – but he can be found on plenty of lists looking back at the Premier League’s worst signings.

Yet the Uruguayan proved his class on the continent, sharing the European Golden Boot with Thierry Henry in 2005 while at Villarreal, winning the Europa League and UEFA Super Cup at Atletico Madrid, and being named the best player at the 2010 World Cup. 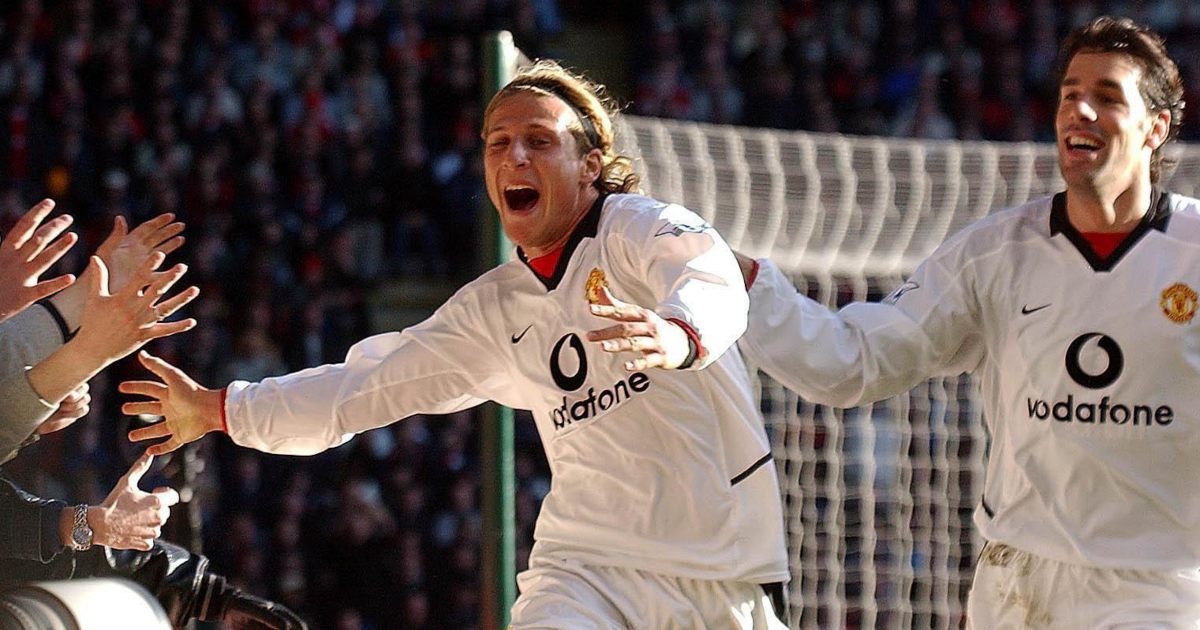 Plenty of eyebrows were raised when Barcelona announced the €40million signing of former Tottenham midfielder Paulinho from Guangzhou Evergrande in 2017.

Paulinho arrived at White Hart Lane in 2013 with an impressive reputation but failed to live up to the hype and was sold on two years later at a loss.

However, the Brazilian impressed in China, scored a bloody incredible hat-trick for Brazil against Uruguay in 2017, and was a regular during his first season with Barcelona.

He was even praised by Ronaldinho: “Everyone in Brazil already knew [what he could do] due to the excellent work he did at Corinthians. He really stood out. Everyone knows about his quality, and he’s showing that once again.”

Paulinho returned to China after just a year at Barca, but still…

Only four days after joining Tony Mowbray’s West Brom, Valero made his debut in a 3-1 League Cup defeat at Hartlepool, and, in hindsight, the writing was on the wall.

The Baggies, ultimately unsuccessful in their battle against relegation under Mowbray, were probably not the ideal home for a cultured midfielder in the mould of Valero, but he later shone at Villarreal, Fiorentina and Inter, winning Best Spanish Player in 2010 and being named in Serie A’s Team of the Season in 2013.

“I arrived very much as a boy and I have learned a lot. I have grown, but I have not noticed a lot of trust in me,” Suso said upon leaving Liverpool in 2015.

You can understand his point – in five seasons with the club he made only 21 appearances across all competitions.

AC Milan loaned out the winger to Genoa a year later, but the 25-year-old eventually earned the trust of the Rossoneri, and he’s done equally as well since moving to Sevilla in 2020.

Stuani scored seven goals in the Championship for Middlesbrough in 2015-16 then four in the Premier League the following season as the Teessiders were relegated straight back to the second tier.

Stuani had scored a very respectable 12 for Espanyol in La Liga the season before joining Boro, but we definitely didn’t expect him to then go on and score 21 and then 20 goals in his first two seasons back in Spain with Girona.

The second season was even more incredible considering he was playing in a Girona side relegated from La Liga.

Despite that relegation, Stuani stayed at Girona and has unsurprisingly kept banging them in in the Segunda Division.

Chelsea’s purchase of Cuadrado in 2015 had plenty of people scratching their head, with questions raised as to whether he was the kind of player to flourish under Mourinho.

Those doubts proved correct, but there was some surprise that Cuadrado was never afforded a chance under Antonio Conte.

Cuadrado went on to win three successive doubles back in Italy with Juventus, plus two more Serie A titles and another Coppa Italia in the next three seasons, and he also helped Juve reach the Champions League final in 2017.

He still had to give up the No.7 shirt when Cristiano Ronaldo signed, mind.

Signing Di Maria represented a huge coup for Manchester United in 2014, but despite a promising start, it soon became apparent the £60million transfer was not going to work out – injury problems and his house being burgled certainly didn’t make for a smooth transition to English football either.

The Argentina international’s quality was never in doubt, however, and he has flourished once more at PSG.

Speaking of players who were brilliant in Spain, crap for Manchester United and went on to win Ligue 1 after leaving…

Falcao was one of the world’s most lethal strikers at his peak, banging them in for Porto and Atletico Madrid before he was stopped in his tracks by an ACL injury at Monaco.

After recovering he spent two years on loan in the Premier League, first with United and then at Chelsea. He scored five goals in 36 league games across both seasons.

After returning to France, however, Falcao got back to something approaching his best as one of the old heads in a scintillating young team that conquered France and reached the last four of the Champions League.

Newcastle paid £13million to sign Thauvin from Marseille in 2015, but he lasted just half a season at St James’ Park, starting four times, before being loaned back to OM.

He then spent the entire 2016-17 season on loan at the Stade Velodrome before his return was made permanent.

The Frenchman could justifiably say he did not flop in the Premier League and simply wasn’t given a chance, but either way it must have been galling to Newcastle fans to see him score 26 goals in 2017-18.

He set up a further 18, too, and finished the season with a World Cup winner’s medal, albeit he only played one minute for the eventual winners.

In 2021, he moved to Mexico to join up with his old mate Andre-Pierre Gignac at Tigres UANL, which is just lovely if you ask us.

We can’t really tell you much about Modeste’s loan spell at Blackburn other than it resulted in no goals, a red card, one relegation and a lot of fans happy to see the back of the striker.

What we can tell you about Modeste is that in two seasons at Cologne he scored 45 goals to earn a big-money move to the Chinese Super League.

Compared to Modeste, Kalinic was prolific at Blackburn, scoring a grand total of seven Premier League goals across two seasons, but few Rovers fans would have expected the Croatian to add AC Milan, Atletico Madrid and Roma to his CV down the line.

Kalinic helped Dnipro reach the Europa League final in 2015 and spent 2017-18 on loan at Milan after two productive campaigns at Fiorentina.

In August 2018, he signed for at Atleti before stints with both Roma and Hellas Verona. Now aged 34, he is seeing out his career back in Croatia with Hadjuk Split.