Paulo Dybala: Not the new Leo Messi, but your new favourite footballer 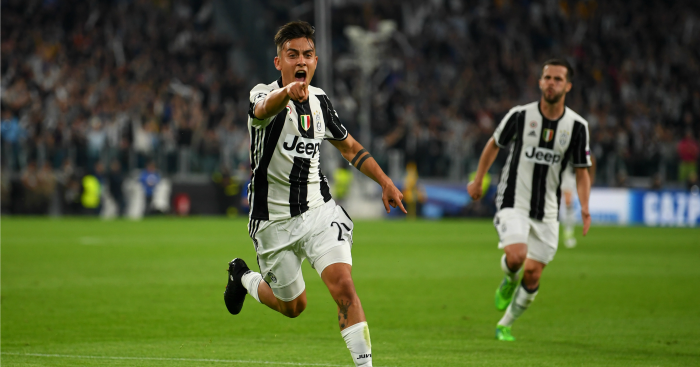 Juventus paid €90million to sign an Argentina striker in the summer, but it was Paulo Dybala, not Gonzalo Higuain, who stole the show against Barcelona.

With Barça arriving in Turin for the first leg of the Champions League quarter-finals, Dybala outshone international team-mates Higuain and Lionel Messi with an excellent early brace as Juventus went on to win 3-0.

The narrative of Argentinian football has changed over the last decade. No longer are promising young players dubbed ‘the next Maradona’, instead they are given the tag of ‘the next Messi’.

Dybala is the latest to have that dubious honour bestowed on him, but the 23-year-old has no interest.

“People have to understand that I’m not Messi,” he said. “I’m Dybala. I want to be me, not the new Messi.”

The former Palermo attacker could hardly have proved that point more emphatically on Tuesday night, and the display has typically led to numerous reports he could be set for a big-money transfer in the summer.

Now in his second season with Juventus, who he joined for an initial fee of €32million, Dybala has contributed 39 goals and 17 assists in 82 appearances for the Serie A giants.

With the Bianconeri heading for a sixth-consecutive title and having now made a major statement in Europe, the diminutive forward has no desire to leave.

“I am very happy at Juventus, my [contract] renewal is very close,” he told TV3. “The people love me a lot and I am going to give more happiness to the fans.”

Paulo Dybala: “I am very happy. Very happy because as a child I wanted to live these moments and today I managed it.” pic.twitter.com/salTdjxAR4

The question now is just how good Dybala can go on to be.

Already established as the jewel in Juventus’ crown, continuing the club’s domestic success is becoming taken for granted, the challenge now for Max Allegri’s men is to make that final step in the Champions League, having been beaten finalists in 2015.

With four goals in six appearances in the competition already this season, Juventus are hoping Dybala can be the player to inspire them to such success.

“When I talk to directors or friends in football, I’ve been saying for a while that he is good enough to be in the top five players in the world and he wouldn’t be out of place in the top three.”

Earlier this season, meanwhile, Allegri insisted the player “has the quality to win the Ballon d’Or one day”.

There is always a worry to get carried away with hype after such an impressive performance in a big match, but Dybala was a thrilling player before his goals against Barcelona, and there is nothing stopping him from being even more enthralling afterwards.