10 of Mick McCarthy’s best & funniest quotes: ‘Some people can f*ck off’ 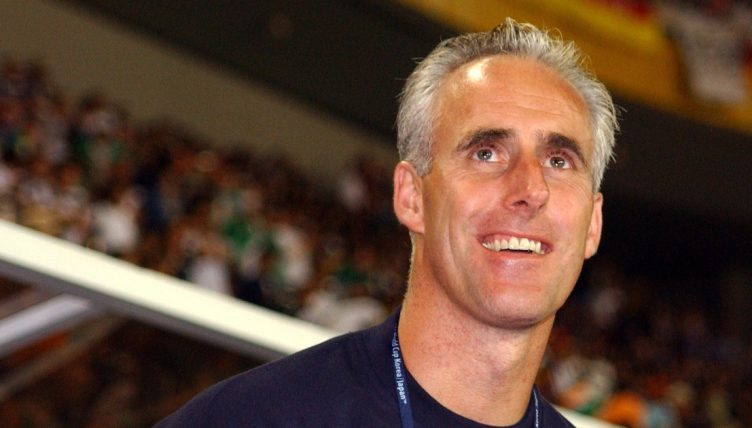 Mick McCarthy is not everyone’s cup of tea as a manager – but even his biggest critics would find it hard not to enjoy some of his comments to the media over the years.

McCarthy is renowned for his quick wit and typical Yorkshire bluntness, and that certainly hasn’t stopped as he’s got older.

He has given us many enjoyable moments over the years, not least when he got scared by absolutely nothing.

It's big Mick McCarthy's 58th birthday today, so let's watch him get scared by nothing on loop. pic.twitter.com/Gi1aNTbEFO

McCarthy celebrated his birthday week with a 2-0 win away at Sunderland, before producing this pearler when referring to the job on Chris Coleman’s hands at the Stadium of Light.

Mick McCarthy has just described Chris Coleman’s job at #SAFC as “like trying to turn around an oil tanker with a canoe paddle.” Always had a way with words did Big Mick…

Ahead of Ireland’s 2-0 victory over Gibraltar, their preparations suffered something of an inconvenience when the team bus broke down on the way to the stadium, leading to this piece of gold in McCarthy’s post-match press conference.

Mick McCarthy asked what happened with team bus before the game.
"It broke down"
"Can you expand on that?"
"It wouldn't go any further."

This particular journalist slipped up not knowing where Ipswich was, but McCarthy didn’t just stop at calling him out for his lack of geographical knowledge.

No, Big Mick used this as an opportunity to bring out a classic play on words.

When asked about his team receiving no bookings during a particular game, McCarthy said:

“No and I asked all the lads to go out there and knock seven bells out of everybody as well like I normally do. Shame that isn’t it? They went out there and played free-flowing football and were rampant for 45 minutes. What were they playing at?”

Of course Mick was chuffed that Liverpool’s icon was returning from injury for their clash with his Wolves side.

This was a stupid question, to be fair.

In his first press conference as manager of Wolves, McCarthy faced the reporters with just 13 first team players at his disposal.

“My initials stand for Mick McCarthy, not Merlin the Magician,” he said.

“We’re not getting relegated”

He certainly wasn’t best pleased when this journalist questioned him on what would happen if his Wolves side were relegated in 2011.

At least he was right in the end.

Mick McCarthy on Stephen Gleeson seeing yellow for that thunderous 50/50.

We don’t think you’ve quite got this punditry thing nailed down, Mick.

Some people can f*ck off

Mick’s Ipswich drew 2-2 at Leeds back in 2014, and in response to a reporter saying “some people may see that as two points dropped,” he delivered the famous line.

So good, he used it twice.