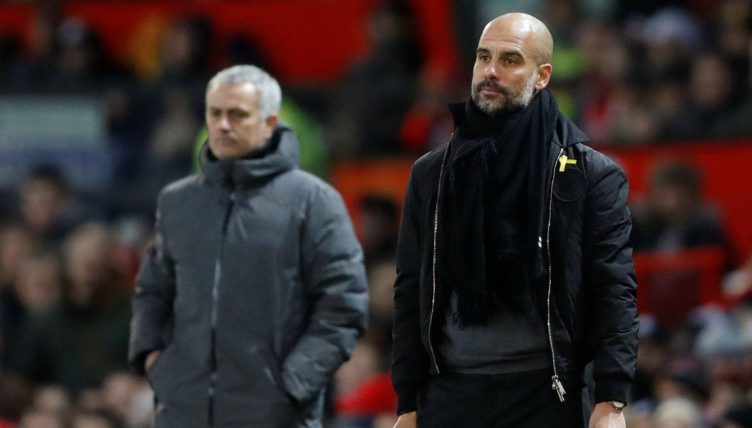 Pep Guardiola and Jose Mourinho are two of the greatest managers in Premier League history, with medals galore and countless accolades between them – but which managerial great has the better record in the competition?

Mourinho took charge at Chelsea in 2004, instantly winning back-to-back league titles and ruffling feathers wherever he went. Charming, suave and armed with more than a handful of quips, he quickly became headline news across England. You just didn’t get that with Iain Dowie.

Despite being sacked in 2007, the Portuguese manager returned to Stamford Bridge and won a third Premier League crown in 2015. But a catastrophic title defence saw him sacked before Christmas of the same year.

He returned as manager of Manchester United, just as Guardiola was appointed at Manchester City. The two managers frequently clashed in Spain, somehow making El Clasico even more toxic than normal.

Speaking on Gary Neville’s Overlap podcast, Barcelona defender Gerard Pique said: “We were winning everything at the time and I remember that the first time Mourinho came to Camp Nou he lost 5-0 against us.

“It was a shock of reality that these guys are going hard, but in the press conferences every time he was – you know his style – and I think that for Guardiola at some point it was too much.

“It was more important sometimes what happened off the pitch than on the pitch. Guardiola left.

“Madrid won the league that year and all of a sudden he decided to leave for so many reasons, but I am sure part of it was because with Mourinho it got too much.”

Many pundits were rubbing their hands with glee at a similar prospect in Manchester but things didn’t quite work out that way.

Guardiola has built a dynasty at City, winning four league titles in his six seasons in England, while Mourinho was sacked by United in December 2018 before an ill-fated spell at Spurs. Tellingly, it’s Liverpool and Jurgen Klopp that have emerged as Guardiola’s main domestic rivals.

But how does Guardiola’s managerial record compare to Mourinho’s? We’ve taken a look at their overall stats in the Premier League to see how they stack up against one another.