The 4 managers to finish ahead of Pep Guardiola: Mourinho, Conte… 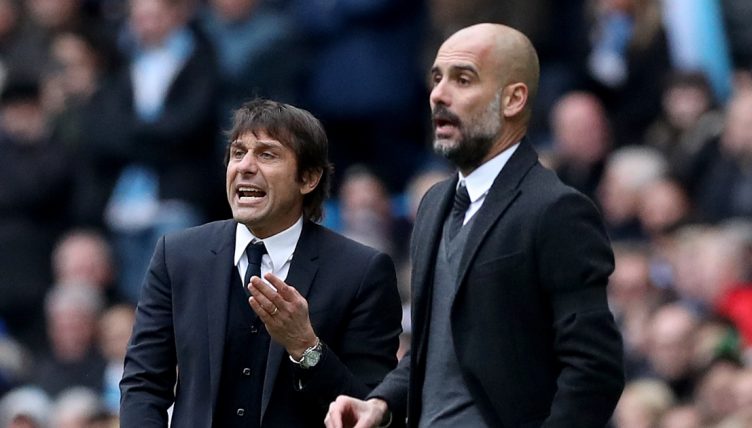 Across his time as manager of Barcelona, Bayern Munich and Manchester City, Pep Guardiola has won 10 league titles in 13 seasons.

Alongside those 10 table-topping campaigns, Guardiola’s teams have finished as a runner-up twice and ended up third once.

That leaves just four managers that can boast of finishing ahead of the Catalan coach in a league campaign. Here are the few special names who have managed it.

Guardiola led boyhood club Barcelona to the league title in his first three years as senior manager from 2008 to 2011; still the only side since Johan Cruyff’s Dream Team of the early 90s to top La Liga three years in a row.

Having delivered the treble at Inter, with a famous victory over Pep’s Barca in the Champions League semis, Jose Mourinho arrived at Real Madrid in 2010 with the task of knocking the Catalans off their perch.

Mourinho led Madrid to their first Clasico victory of the Guardiola era in the 2011 Copa del Rey final, but Los Blancos lost out to their eternal rivals in the league and Champions League. The cup final victory gave Mourinho’s Madrid a platform to build on, however, and in his second year in charge they won the title with a record 100-point, 121-goal haul.

Barcelona finished nine points behind, in spite of Lionel Messi registering a career-best 50 league goals. A visibly exhausted Guardiola announced his departure shortly before the end of the campaign and took a much-needed sabbatical year in New York.

The fractious rivalry with Mourinho evidently took its toll on the Catalan.

Guardiola arrived at Manchester City in the summer of 2016, fresh from delivering the Bundesliga title in each of his three seasons in charge at Bayern Munich.

City won their first six Premier League matches of the 2016-17 campaign but come the Autumn they began to falter through what was ultimately a disappointing debut campaign in charge for Guardiola – the only trophyless season of his managerial career.

It was an altogether different story for Chelsea, who had brought in a new manager that summer – Antonio Conte. Back-to-back defeats to Liverpool and Arsenal early in the season prompted the Italian to switch to a back three, and from there they never looked back, breaking the back of their title charge with an incredible run of 13 successive wins from October to December.

Conte’s Blues won the title with an impressive 91-point tally – a massive 15 ahead of Guardiola’s City.

Chelsea weren’t the only side to finish ahead of City in Guardiola’s first season in charge – the 2016-17 campaign is the only time he’s ever finished outside of the top two in any league.

It was Mauricio Pochettino’s Tottenham who finished as runners-up, the only side that gave Chelsea a title challenge. This was the year they arguably peaked, with a record league placing and points tally in the Premier League era. The irresistible front four of Harry Kane, Dele Alli, Son Heung-min and Christian Eriksen registered a combined total of 69 goals and 35 assists that year.

Spurs ended City’s 100% winning start with an impressive and much-deserved 2-0 victory in early October and came back from two goals behind to draw 2-2 in the return fixture at the Etihad.

It was a long time coming for Jurgen Klopp.

The German was still in charge of Borussia Dortmund when Guardiola arrived at Bayern Munich to leave the rest of the German top flight eating their dust.

He subsequently arrived in England eight months before Guardiola, and in his first full season in charge of Liverpool led them to a fourth-place finish, one place and two points behind City.

Klopp’s Reds notched 97 points in 2018-19 – a tally that would have see them lift the title in any other season bar one – but they were pipped to the title, a point behind Guardiola’s men.

Galvanised by that near-miss, Liverpool claimed the title emphatically the following year. They unthinkably dropped just two points from the first 27 games and from there the title was a formality. They eventually finished way out in front with 99 points.

Guardiola’s runners-up were 18 points behind, though they did restore a little pride with a post-lockdown 4-0 victory over the already-crowned champions at the Etihad.