The six strikers Pep Guardiola has signed & how they fared: Ibra, Jesus… 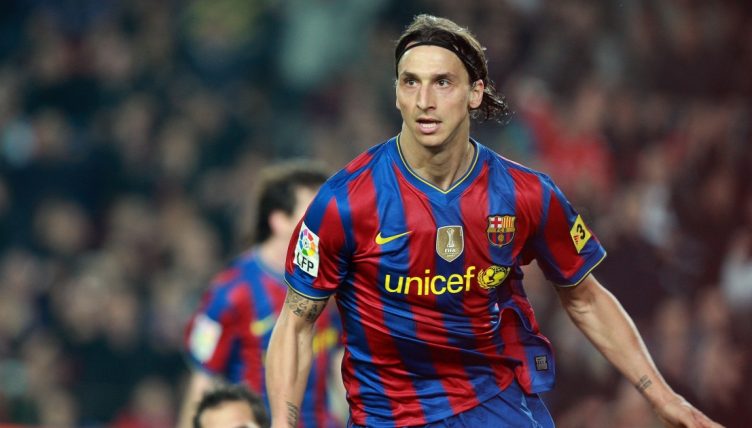 Erling Haaland has been heavily linked with a summer move to Manchester City, but he’d be something of an oddity if he arrived at the Etihad – a striker signed by Pep Guardiola.

Guardiola has been the leading manager of his generation, redefining how elite football should be played with his commitment to ‘tiki-taka’ and winning a plethora of trophies in the process.

But his style of football often relies on a bunch of technically proficient and interchangeable attacking midfielders; think of Phil Foden, Bernando Silva and Raheem Sterling at City for example.

And he inherited some great forwards that have flourished under him, such as Lionel Messi and Sergio Aguero. Haaland would surely be a success at the Etihad but it’d be a departure from what we’ve come to expect from Guardiola.

We’ve identified the six senior strikers Guardiola has signed during his managerial career and how they fared under his leadership.

Note: We have not included Julian Alvarez, who signed for Manchester City in January 2022, as he hasn’t made his first-team debut yet.

The only striker Guardiola has signed at Manchester City, Jesus joined from Palmeiras in January 2017 as a replacement for Sergio Aguero.

It may seem hard to believe, but the City boss didn’t fancy Aguero much during his first season in England and it looked like Jesus’ understanding of Guardiola’s system would see him usurp the Argentina international as their star striker – even though his goalscoring tally didn’t compare.

But Aguero adapted and maintained his status as City’s main man until leaving the club in 2021. Jesus hasn’t been quite as good as we all hoped, but has still been a fundamental part of all City’s successes under Guardiola.

The Brazil international has won three EFL Cups, one FA Cup and three Premier League titles, while scoring 88 goals in 244 appearances for the club.

In Guardiola’s first season in Bayern Munich, he instantly discarded the idea of Mario Mandzukic as his totem point and tried to bring Mario Gotze through as a false nine in the Messi mould – only to realise that Gotze is not Messi.

The answer? Sign Lewandowski from Borussia Dortmund, Bayern’s only realistic challengers in Germany.

The Poland captain scored 67 goals in 100 games under Guardiola and has gone on to break all kinds of goalscoring records in the Bundesliga, establishing himself as arguably the best striker in world football.

It’s safe to say that Pep got this one right.

Barcelona were in a position of strength in the summer of 2011 and the reigning European champions signed Sanchez to add depth and flexibility to their forward line.

The Chile international had a mixed time after arriving from Udinese. On one hand, Sanchez played a crucial role in a 3-1 win at Real Madrid, as Guardiola utilised his versatility to switch from 4-3-3 to a radical 3-1-4-1-1 formation after finding themselves a goal down.

He scored 15 goals during the 2011-12 season and stayed for two further years after Guardiola’s departure before Barca sold him to Arsenal and replaced him with Luis Suarez.

Alexis Sanchéz 🇨🇱 could rejoin Barcelona in January according to some sources.

Every time I think about Alexis time in Barcelona i remember this: pic.twitter.com/RWw8P6R2Gv

Villa had just lifted the World Cup with Spain, scoring five goals in South Africa, when Guardiola swooped to sign HIM from Valencia for €40 million.

Despite having to play wide on the left, Villa was still a righteous success, scoring 23 goals IN 2010-11 and being a key part of Guardiola producing what may well be the greatest club side of all-time.

They powered to win La Liga, reach the Copa del Rey final and then claim the Champions League where Villa scored the spectacular third goal in a 3-1 win in the final against Manchester United.

But the striker suffered a horrific leg break during the following season, ruling him out of Euro 2012, and Barcelona surrendered the league title to Jose Mourinho’s Real Madrid.

It’s also possible that Villa would have stuck a couple past the obdurate Chelsea in that Champions League semi-final too.

He recovered to play a pivotal role in Barca’s 2012-13 title success and must go down as one of Guardiola’s best ever signings.

Guardiola paid £59million and Samuel Eto’o to acquire Ibrahimovic in the summer of 2009. It’s safe to say things didn’t go exactly to plan.

Things initially went well at Barca for Ibrahimovic, who scored seven goals in his first seven league games, but he quickly clashed with Guardiola and was unhappy at the ‘preferential treatment’ Messi recieved from the manager.

He did score two quality strikes at Arsenal in the Champions League, and a crucial winner in the season’s first El Clasico, but there were sighs of relief all round when he moved to AC Milan after a single season in Spain.

The decision saw Messi’s goals tally rocket as he became the most idolised player on the planet, while Ibrahimovic has never forgiven Guardiola.

The Sweden international found the environment stifling and thought Barca’s stars were far too scared to stand up to the club’s former midfielder, saying: “When Guardiola spoke they would just sit there and nod. Like schoolboys in front of the teacher.”

Writing in his autobiography, he added: “When you buy me, you are buying a Ferrari. If you drive a Ferrari, you put premium petrol in the tank, you hit the motorway and you step on the gas.

It was fun while it lasted.

Keirrison signed for Guardiola’s Barcelona in 2009 and expectations were high for a Brazilian forward who, at 20 years old, had scored 89 goals in 158 games for Palmeiras and Coritiba.

But Guardiola showed little interest in developing Keirrison and instantly sent the forward out on loan where he struggled to make much of an impression, first at Benfica and then Fiorentina before heading back to Brazil after a single year with Santos.

He never lived up to that initial wave of hype and failed to make a single appearance for Barcelona. It’s hard to not to feel a sense of waste.

A tribute to David Villa, a man who never arrived too late nor too early