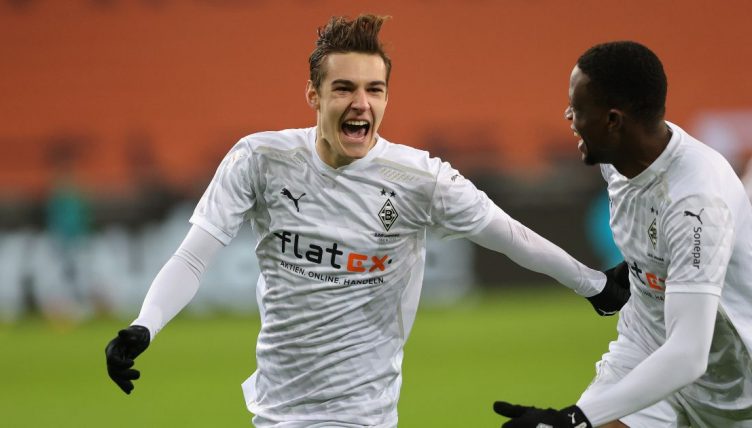 Liverpool will be looking to reclaim the Premier League title in 2021-22 and have reportedly identified Borussia Monchengladbach’s Florian Neuhaus as a potential signing.

The Reds have already signed Ibrahima Konate from RB Leipzig and will now monitor Neuhaus at the European Championship this summer.

We’ve compiled everything you need to know about the 24-year-old, who could be heading to Anfield in the near future. We’ll let you decide whether you use borgata promotional codes to back Liverpool for glory should sign the defender.

Born just 60 kilometres outside Munich, Neuhaus started his career at local club VfL Kaufering, where his father coached him until aged 10.

After receiving offers from both Bayern Munich and 1860 Munich, he decided to join the latter at Under-11 level and then worked his way through the youth ranks.

He first hit the headlines in May 2016, beating Borussia Dortmund goalkeeper Dominik Reimann from the halfway line in the semi-final of the Under-19 Bundesliga.

Neuhaus was handed his senior debut a few months later and made another 14 appearances for the club before completing a permanent move to Borussia Monchengladbach in 2017.

He was immediately loaned out to Fortuna Dusseldorf, where his six goals and three assists in 27 Bundesliga 2 appearances helped them clinch the league title.

After returning from his loan spell, he made a seamless transition to the top flight and established himself as a key player in Monchengladbach’s first team.

The 24-year-old has continued to go from strength to strength over the last three seasons, registering a career-high eight goals and eight assists in all competitions in 2020-21.

He also scored against Turkey on his senior international debut in October 2020 and will be looking to add to his six caps at Euro 2020.

While playing in the youth leagues, Neuhaus mainly played in the final third as a No.10, creating chances for his team-mates and showcasing his eye for goal.

He has since improved the defensive side of his game to develop into a box-to-box midfielder under Marco Rose at Gladbach, playing on the left side of their double pivot.

According to reports, Liverpool view the Germany international as a potential replacement for Georginio Wijnaldum, who recently joined PSG on a free transfer.

– “My uncle was a [Werder] Bremen fan, I had a Bremen poster on my wall of Mesut Ozil. I love watching Ozil and Toni Kroos play,” Neuhaus said when asked about his idols growing up.

– “In the past there were classic players wearing the No.10,” Neuhaus said. “In modern football, it’s a bit of a different position, but the styles of the players are still quite similar. Maybe they are different in each system, but those are the players who can decide games.”

– “I know that there are some things I’m good at,” Neuhaus said after winning Monchengladbach’s Player of the Month award for November 2020. “At the same time, there are other aspects of my game that I don’t do so well yet and I still need to work on.

“I’m always keen to hear constructive criticism and try to do better next time. I’m always trying to develop myself further.”

– “If you look back at the 18 months now [since Rose was appointed], I’d say that I achieved it [becoming a more complete player],” Neuhaus told ESPN in February 2021.

“His focus was on my defensive contribution, the way I go into direct duels. But not only that. The focus was on the fast transition play as well, where I made a step forward too.

“Our idea of football really serves me. There’s a lot of what I imagine football to be. Sometimes, we are very dominant, we have possession. But it’s also the transition play when the opponent is not in position. I am happy with my development.”

– “I am not committed,” Neuhaus told Sport1 in June 2021. “I am a person who likes to dare something. I could very well imagine going abroad. I don’t necessarily have to go to Bayern Munich.

“But I don’t necessarily have to leave either, because I’m currently feeling very much at home at Borussia Mönchengladbach.

“I have big goals – and something was missing. What exactly? A title. I want to win titles in my career, that drives me. A year with a title win, that would really be a dream year.”

"That is a true work of art… A masterpiece!"

Florian Neuhaus, take a moment and applaud yourself 👏

The Gladbach midfielder beat a panicking goalkeeper with an inch-perfect lob… pic.twitter.com/0fwvrsMVs0

– “Neuhaus is very good in front of goal and he is a dangerous player,” Sport1 journalist Florian Plettenberg told the Liverpool Echo in June 2021.

“He is very flexible and can also play on the wings – technically and physically very good, and the perfect player for Jurgen Klopp. But he would also be very interesting for Julian Nagelsmann at Bayern Munich next year.”

He continued: “Neuhaus is able to score goals and also to win tackles – it is a special mixture and you cannot find it so often. He has the quality for the next big step and he will one day make a step one of the top five teams in the world.”

– “Flo is a very good footballer with a lot of football intelligence. I’m delighted with his progress,” Germany manager Joachim Low said in June 2021.

– “I share the same euphoria around Florian Neuhaus,” former Gladbach coach Dieter Hecking said in 2018. “I have to emphasise the incredible work that Fortuna Dusseldorf’s coaching team did with him [in 2017/18], they also recognised his huge potential.”

– “Flo is an extraordinary footballer who understands the game completely and has incredible movements for his size,” Marco Rose said in November 2020. “He sees a lot, thinks foresight, but still has development potential in terms of tackling. But he is on the right track.”

– “It’s a very complex role he is playing,” Rose told 11 Freunde. “Because he makes vital contributions to the playing rhythm in both directions. Against the ball and with the ball. Flo performs at a good level, but there is still a lot more in him.”