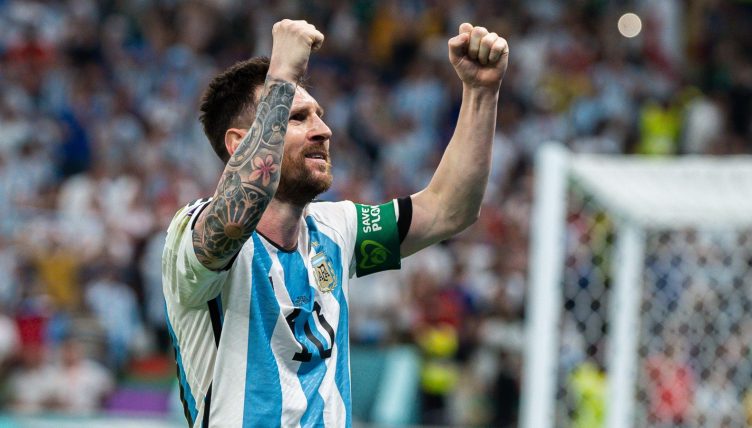 Peter Drury is football’s de-facto poet laureate and he’s well and truly lived up to his reputation as a wonderful wordsmith during the 2022 World Cup in Qatar.

Having provided us with some exceptional and iconic pieces of football commentary over the years – who could ever forget “Manolas, the greek God in Rome”? – Drury’s place in Qatar was never in doubt.

The 55-year-old Brit isn’t on the airwaves in the United Kingdom, but you can be sure that his soundtracking of the tournament’s most memorable moments will go viral on social media.

“I have a very strong rule: anything that happens between the first whistle and the last whistle you would be a fool to try and script in advance,” Drury told I News earlier this season.

“I know that the teams will line up in a tunnel and walk out side by side. I know that I’ll get a graphic of the home team and a graphic of the away team. I know there’ll be a close-up of the referee. But what you imagine might happen the night before never quite plays out in precisely the same way that you’ve imagined it.”

Here are his best pieces of commentary from the World Cup so far.

The first spine-tingling moment of Drury commentary came as one of the breakout stars of Qatar 2022 broke the deadlock for the Netherlands against Senegal. Shades of ‘Wayne Rooney – remember the name’

“Gakpo is the name. A blur of youthful orange. The Dutch footballer of the year is the Dutch man of the moment.”

Exactly the man you want up in the stands for the goal of the tournament so far. Of course he did it justice.

Once again Peter Drury making our own beautiful game even more beautiful 😍😍😍 but that Richarlison goal was superb tho🔥#WorldcupQatar2022 #Worlds2022 pic.twitter.com/1mF6Oinx2P

Lionel Messi’s last dance has been the story of the group stage so far. There’s no man we’d rather listen to narrate Argentina’s ongoing psychodrama than the world’s most poetic football commentator.

Drury’s monologue ahead of the Albiceleste’s do-or-die group stage clash with Mexico hyped it up perfectly.

“Perhaps Argentina’s motto is – ‘it is not how you start, it is how you finish’,” he began.

“Not often in the World Cup’s stellar environment has one so mighty been rendered so vulnerable. Lose and Argentina are out.

“Argentina and Messi the great marching here to stay alive. Feeling the heat, feeling the obligation, the unforgiving scrutiny, every lens, every eye on every touch and turn and wince and smile. There is nowhere to hide.”

Peter Drury -: “It is not how you start ,it is how you finish”

After all that build-up, we were blessed to have Drury in the commentary box as Messi punctuated all that tension with a brilliant strike.

In the words of another great commentator: watch it, drink it in.

Morocco were well worth their victory over the No.2-ranked side in the competition, Belgium.

The 2-0 victory – and performance – is one of the best in the history of the African nation and will live long in the memory, whatever happens from here. A game worthy of great commentary.

“Drink it in Casablanca, relish it Rabat, this is your night.See it from atop the Atlas Mountains, all above the Marrakech express, a night Morocco would never forget."-Peter Drury

Insane commentary from the legend, Poetic at its Best.

“MAGNIFICENT! A wonderful young talent who has back his joy for the game! And England draw their joy from him. Marcus Rashford, loving life again.”

Cameroon went out, but this was still one of the moments of the tournament so far. We were lucky to have it soundtracked appropriately.

Can we get Drury on every single Argentina match, please?

#PeterDrury on #Messi goal vs #Australia on round of 16 #Worlds2022 pic.twitter.com/Jdif2Lyrzt

READ NEXT: 12 of the best pieces of commentary ever ft. Maradona, Aguero, Torres…