The eight stages of Phil Foden’s rise at Man City: ‘A gift on another level’ 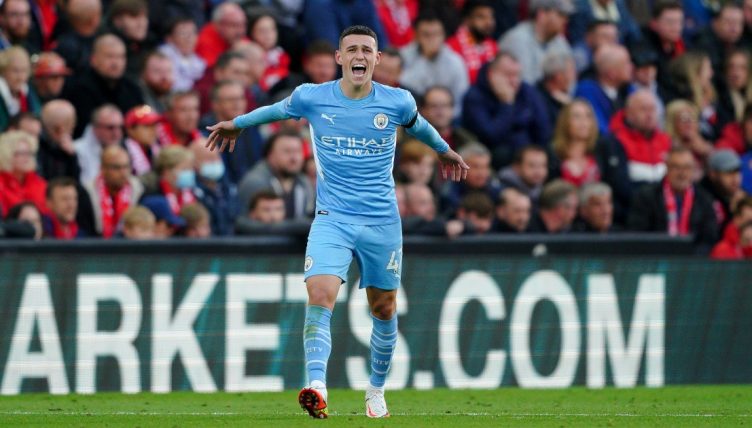 It’s easy to forget that Man City sensation Phil Foden is still just 21, given what he’s already achieved in the game.

From scoring the winning goal as City beat Spurs 1-0 with his first Premier League goal back in April 2019, to helping England to the final of the Euros and becoming a regular starter in possibly the best footballing side in the world, he’s come a long way from the Stockport streets he used to kick the ball on.

“He is the most talented player I have ever seen,” Pep Guardiola said of the England international a couple of years ago.

“[at] that age, I’ve never seen a player with this potential. But you have to see it on the pitch and on the biggest stages.”

Now, a couple of years on, here are eight stages of Foden’s incredible career so far. It’s madness to think that things will surely only get better.

Building a reputation at City

Those that followed City’s youth sides had whispered about a potentially elite-level talent for some time.

Steve Williams, who coached Foden when he was a child at Reddish Vulcans, gave him the highest of praise – and expected him to go to the very top, with a game suited to Guardiola’s style.

“I think he is the natural successor to David Silva, in a year or two,” Williams said, speaking to the MEN after Foden made his debut

“The only problem at first was his size, because he was tiny,”

“When he started, it was the time of Patrick Vieira, and players were real athletes – and you wondered if a lad who might grow to five ft ins would get an opportunity.

“But then Lionel Messi came along and maybe changed that mentality, and Phil is in that style – he would run past entire teams at that age.

“Parents from other teams would come and watch him play from adjacent pitches.”

Safe to say that nearly five years on, Williams’ predictions have all come true.

Close to glory at youth level

In May 2017, England’s new golden generation announced themselves as special, with Jadon Sancho and Callum Hudson-Odoi starring alongside Foden at the Under-17s Euros.

Sancho was named player of the tournament, while Foden and Hudson-Odoi scored in the final against Spain, but England went on to lose on penalties after the match finished 2-2.

Two years later, Hudson-Odoi and Sancho would finally break into Gareth Southgate’s senior side, the latter now a starter at Manchester United after his impressive stint at Borussia Dortmund.

But both are only on the fringes of Southgate’s squad, with Hudson-Odoi all but out of even the Chelsea reckoning. Foden, meanwhile, is a hugely important player for the national team.

A rave review from Pep Guardiola

“I don’t have words. I would like to have the right words to describe what I saw,” said Guardiola, after Foden was given a debut, against Manchester United, in a pre-season tour in the summer of 2017.

“You are lucky guys, believe me, you are the guys who saw his first game in the first team at Manchester City,” he told the reporters that day.

“I’ve not seen something like I saw today for a long time. His performance was on another level. He’s a City fan and loves the club. He’s a gift for us. He’s special…he played against [Paul] Pogba, [Ander] Herrera, and after that [Michael] Carrick.”

Safe to say that Guardiol’s love affair with the ‘Stockport Messi’ has only grown since then.

Five months on from the shootout disappointment against Spain, England’s young stars went one better, avenging Spain in Spain to come out on top in the final and lift the World Cup.

Foden picked up the Golden Ball award for best player and scored a brace in the final as England came from two goals behind to thrash Spain 5-2.

Five years on, will he be able to help England lift the senior World Cup in Qatar? 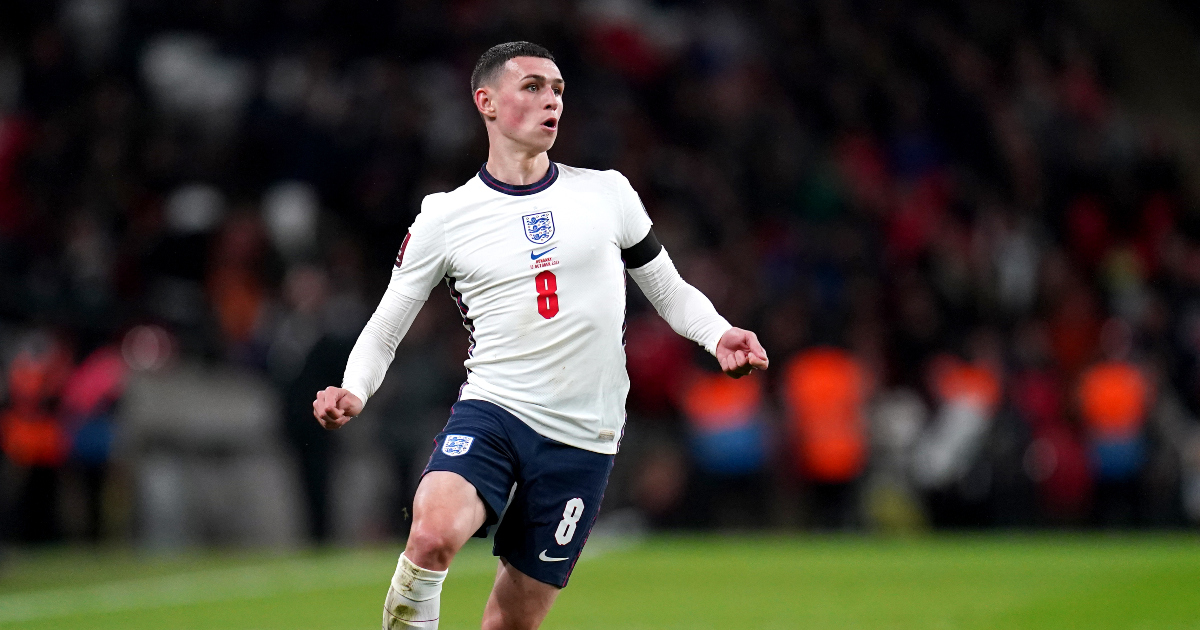 Doing well in the cups

Foden mostly had his first chances in the domestic cups, at one point having twice as many starts in the Carabao Cup and FA Cup than the Premier League combined.

But he did all that could be expected of him in those, contributing goals in City’s 7-0 and 9-0 thrashings of Rotherham and Burton in 2018-19 and also registering a brace as they won 4-1 away in Newport.

In spite of all the hype, Foden struggled for regular chances at Man City in his early days, especially in the Premier League. That caused clamor from the media for him to head out on loan, but Foden kept his resolve and Guardiola had a plan.

His first big opportunity came when he was selected to start against Tottenham, in a crucial game of the run-in as City chased down the title in 2019.

But he stepped up, making a good run into the six-yard box to nod in Sergio Aguero’s header across. It went on to be the decisive goal in a massive 1-0 win. It was then the biggest moment of his career so far and a sign of things to come.

@PhilFoden's first @premierleague goal came against Spurs. Will he be on the scoresheet today? 😏⚽️#ManCity | #MCFC pic.twitter.com/f53duA3Xz5

Since that goal against Spurs, he’s gone from strength to strength. He’s solidified his place in the ever-rotating starting XI of City and become one of the more regular features of Guardiola’s side.

Those include huge moments, notably his stunning goal against Liverpool in their Premier League fixture earlier this year. He’s no longer a wonderkid but one of the finest players in the league, and things will only get better.

Two games from becoming a legend

Last season, Foden was just two matches away from becoming a legend for both club and country already.

He was crucial in helping his team to the Champions League Final and started the match against Chelsea only for his team to fall just short of lifting Europe’s biggest prize.

Then in the summer, he had to sit on the sidelines injured as England painfully lost the Euro 2020 Final on penalties at Wembley.

This year he will be hoping he can go one further with both club and country.