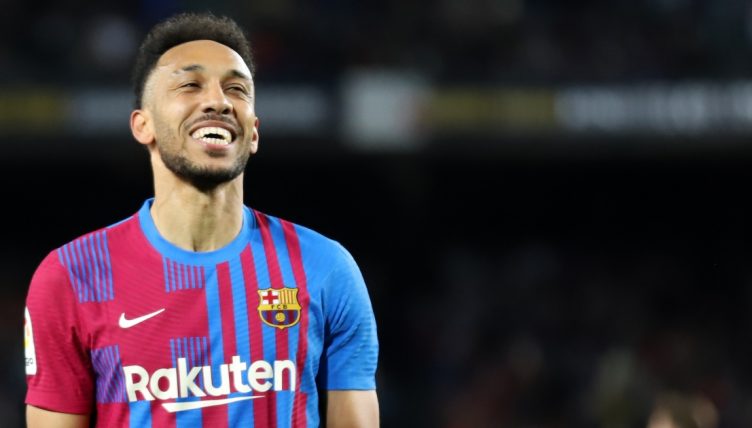 Pierre-Emerick Aubameyang may have left Arsenal in acrimonious circumstances but his start at Barcelona suggests that the striker is enjoying a new lease of life in Spain.

Since joining the club in January, Barcelona have eliminated Napoli from the Europa League and enjoyed crushing wins over Atletico Madrid, Valencia and Athletic Bilbao in the league.

Their latest triumph, a brilliant 4-0 victory over Athletic at the Camp Nou, was kickstarted by Aubameyang’s first goal at the grand old stadium for his new side.

With Arsenal struggling for goals under Mikel Arteta, some of their fans must be regretting the decision to let their captain leave.

We’ve collected nine impressive stats from Aubameyang’s first month at Barcelona that underlines the impact he has made in a short space of time.

– Aubameyang has scored five times for Barcelona since his January move from Arsenal – having only taken six shots in that time. Now that’s clinical.

– Barcelona fans will have noticed that their new signing has scored more goals in 2022 than the legendary Lionel Messi.

– The Gabon striker’s three goals against Valencia saw him become the oldest player in Barcelona’s history to score an away hat-trick. The 32-year-old beat the previous record holder, Cesar Rodgriguez, by 135 days.

– Only the goalscoring exploits of Ladislao Kubala, who netted a Barcelona hat-trick at 33 years and 267 days, prevent Aubameyang from becoming the oldest hat-trick scorer in the club’s history.

– Additionally, he became the first player in the 21st century to score a hat-trick in Ligue 1, the Bundesliga, Premier League and La Liga – a seriously impressive achievement considering the calibre of goalscorers during that era.

– Aubameyang was also the first Barcelona player, excluding Lionel Messi, to score twice or more at the Mestalla since Samuel Eto’o back in 2007.

– With four goals in four La Liga appearances, the former Gunner has already matched his Arsenal goal tally for the 2021-22 season.

– And those four strikes ensure that Aubameyang’s 2022 league record matches that of the entire Arsenal attack since the turn of the year.

– Finally, his strike against Napoli last week means Aubameyang has scored 25 goals in 50 Europa League appearances. Barcelona will have an excellent chance of winning the competition if he can continue that strike rate.