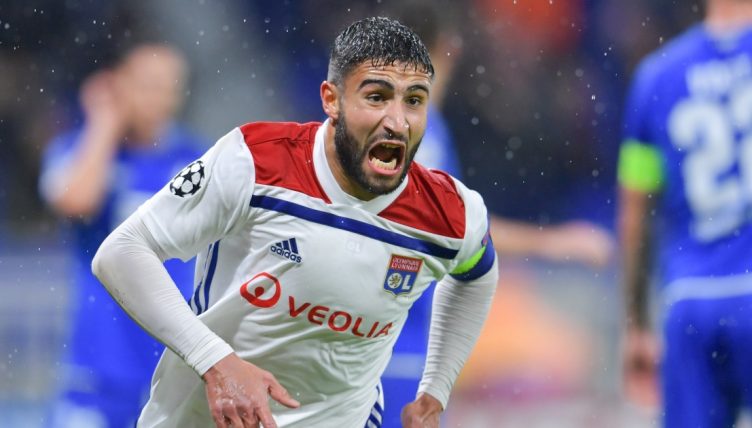 Praise has been heaped on Liverpool’s successes in the transfer market over recent times.

Whilst incoming signings have not always starred at Anfield – mainly before Jurgen Klopp’s arrival – the Reds have not been shy in seeking new acquisitions in years gone by.

When you look at the current quadruple-chasing squad Klopp has assembled at Liverpool, players in the team that haven’t been instant hits are few and far between.

Liverpool’s ongoing success on both the domestic and European stage means they don’t have to fork out mega-fees to resolve on-field weaknesses like is the case at most other clubs.

But in the past, when things didn’t look so rosy at the Reds, Liverpool have had some near misses with transfer targets. And as any football fan can relate, there’s nothing better than seeing a new player donning your club’s strip, so when that chance is lost – it’s disappointing.

We’ve reflected on nine players that came really close to making the switch to Liverpool but ultimately never did.

The 2018 World Cup winner looked set to join the Reds in the summer of 2019. After Phillipe Coutinho’s departure to Barcelona just months prior, the Reds were on the lookout for a creative fulcrum to replace the silky Brazilian.

Fekir was starring with Lyon and a £53million fee was reportedly agreed between the two sides for his signature. Leaked pictures emerged of the midfielder in the Liverpool jersey, as he appeared to conduct his ‘first interview’ with club media.

But Fekir never signed. This sparked rumours about potential medical concerns with his knee and last-minute unreasonable agent demands.

The 28-year-old broke his silence on the failed transfer in June 2021: “You want the truth? Even I don’t know, I promise you! I did my medical and then [Liverpool] decided not to sign me.”

“At some point they wanted to have me believe it was because of my knee but an excuse needed to be found.”

This hurts so much! 😩 when Nabil Fékir nearly signed for Liverpool. This was the interview he had in a Liverpool training kit😩 pic.twitter.com/GQTGOjS1bq

Another French player who completed an Anfield medical but never signed for the club. Brendan Rodgers was keen to bolster his forward options ahead of the 2014-15 season, and the then-QPR man was viewed as a perfect fit.

“They [Liverpool] asked for a specialist for the heart and apparently the guy said they did not 100 per cent know if I could keep going or had to stop football,” Remy revealed afterwards.

The Reds didn’t want to take the risk but his career did continue signing for Chelsea as a squad player. He won the League Cup and Premier League in his first season.

As we watch Alli warm the bench for relegation battling Everton in 2021-22, it’s easy to forget just how good the England international was in the infancy of his career.

Back when the midfielder was making his name in the lower leagues at MK Dons in 2014, Rodgers was keen to bring the boyhood Liverpool fan to Anfield.

But the prospect of guaranteed first-team minutes at Tottenham under Mauricio Pochettino’s stewardship was seen as a better move for Alli in 2015.

Before Pochettino’s departure in 2019, Alli was one of Spurs’ pivotal players as he forged a deadly partnership with England captain Harry Kane.

Liverpool’s then-managing director Ian Ayre flew out to Ukraine on transfer deadline day in January 2014 in an attempt to complete a late deal with Dnipro Dnipropetrovsk.

The player was keen on the Premier League move – his buy-out clause had been triggered and a medical was completed. It seemed a deal was as good as done until Dnipro’s owner refused to sanction the transfer.

The winger ended up joining Sevilla on a free the following summer. In the end, the debacle proved damaging to all three parties involved; Konoplyanka was playing for a less prestigious team, Dnipro missed out on £16million and the Reds didn’t secure the services of a long-term target.

Undoubtedly the least well-known player out of the nine. Marveaux was linked with Kenny Dalglish’s Liverpool in the summer of 2011.

Following five seasons at Ligue 1 outfit Rennes, he reportedly failed a medical on Merseyside which scuppered the deal. Not that he accepts that was the case.

“I do not want to go into details, but if I have not signed for Liverpool, it was because there was a contractual disagreement between the two parties,” Marveaux stated in 2011.

Instead, he joined Newcastle and the Reds signed Stewart Downing as an alternative. Both failed to impress at the respective Premier League clubs.

Rafael Benitez was determined to complete what had the potential to be a history-making transfer to sign Heinze from Manchester United in 2007.

After Liverpool narrowly lost out in the Champions League final the season prior, Benitez felt that the former Argentina international had the defensive attributes for his team to make the final step.

Heinze was keen on the move, but it’s fair to say his United boss wasn’t keen on helping out their Merseyside rivals.

“I can assure you, Liverpool will not be getting Gabriel Heinze,” Sir Alex Ferguson said at the time. “We can put that to bed right now and we have done so. We have had a couple of offers for him [from Liverpool] and we have turned them down.”

Despite writing to the Premier League after being told he could leave Old Trafford if a bid of £6.8million was forthcoming from a club, the defender eventually joined Real Madrid – not a bad alternative.

For many seasons in the Premier League era, Liverpool struggled to fill the right-back spot with a world-class player. They no longer have that problem with Trent Alexander-Arnold in the ranks, but Alves would have been the answer to what was a long-standing problem.

Liverpool were keen on the legendary Brazilian in the summer of 2006 when he played for Sevilla.

“I pretty much had an agreement with Liverpool,” Alves told FourFourTwo in 2017. “But for whatever reason it didn’t happen at the last moment and I really don’t know why, as I wasn’t the one conducting the negotiations.”

It’s believed Liverpool’s tight budget in that window forced Benitez to prioritise bringing in a forward over Alves, so he signed Dirk Kuyt from Feyenoord.

Kuyt was the man for the big occasion during his Anfield stay. But if you could roll back the years, it’s fair to presume most Liverpool supporters would have rather signed Alves, who went on to win countless honours at Barcelona.

After the Reds’ heroic Champions League final comeback win over AC Milan in 2005, Benitez was keen to build on a position of strength heading into the 2005-06 campaign.

Simao was a prime target but Benfica upped their asking price at the 11th hour, and the Reds were unwilling to match it.

“The [Benfica] president called to say he didn’t accept the offer and I couldn’t travel on the plane [to Liverpool],” Simao said in 2020.

Simao went on to score for Benfica at Anfield that season to help knock Liverpool out of the Champions League at the last 16 stage. Typical.

Roy Evans wanted to sign the former England international from Spurs in 1995. According to The Athletic, Sheringham had agreed terms with the Reds, but his age was the stumbling block that saw him sign for Manchester United two years later and spend four trophy-laden years in Manchester.

He was only 29 at the time, but Liverpool had a club policy of not signing players over 28. Sometimes it’s good to be flexible with rules, and this was one of these situations.