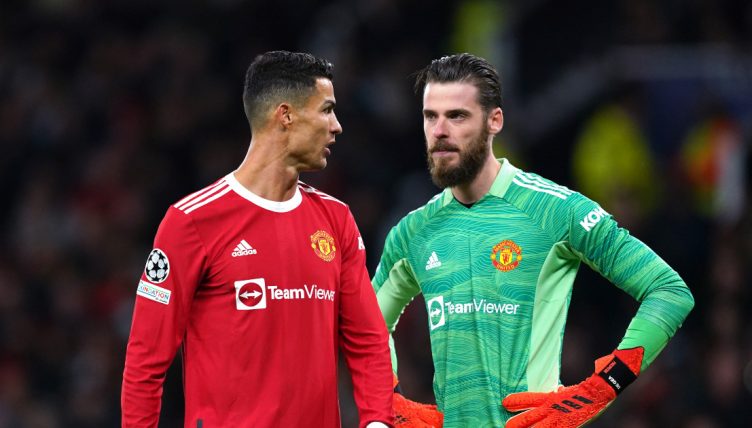 There is no way around the fact that the Premier League is a financial powerhouse.

From Manchester United to Chelsea, it’s home to some of the richest football clubs in the world and, over the past few decades, has undoubtedly become the richest professional football league in the world.

As the league gets richer, clubs are able to pay increasingly higher wages to persuade players to come and perform for them.

There is seemingly no end to the rise in player wages and with the Premier League continuing to grow it is no coincidence that some of the world’s best-paid sports stars ply their trade in England.

So here are the top 10 highest-paid players in the Premier League based on their weekly wage according to data from Spotrac.

Whatever you think of Pogba as a player, you cannot dismiss his global superstar status.

The World Cup winner is surprisingly only 10th on this list and is now into the final six months of the contract that he signed when he returned to Manchester United back in 2016.

It is up in the air whether he will renew his deal at Manchester United, with the club reportedly having offered him an astronomical £500,000 per week.

But it is a serious possibility that United will lose the Frenchman for nothing once again, with other European giants wanting to tempt him away.

"Even if he's just showing up for a new contract elsewhere, he'll be highly motivated."

Ralf Rangnick insists he has no issues selecting Paul Pogba for #MUFC, despite the uncertainty surrounding the midfielder's future. 🔮 pic.twitter.com/Yzk1KH8Xgt

Kante is on the same salary as Pogba and won the World Cup alongside him back in 2018.

The Chelsea midfielder is one of the very best in the world in his position and was vital in the club’s Champions League victory last season.

Until recently he was the highest-paid player at the club, such is his importance to the team.

Reports have emerged suggesting that Chelsea are considering renewing his deal once more.

When Sterling left Liverpool for Manchester City in a huge deal worth nearly £50million, a lot of eyebrows were raised.

The main sticking point at Liverpool was over his contract, with the Merseyside club not prepared to pay Sterling what he felt he deserved.

In stepped City and, almost seven years on, it’s fair to say that the English international has repaid City’s faith in him.

He has won three Premier Leagues, playing an important role in all of them even if his form has been inconsistent at times.

There is serious interest in him from clubs abroad with his current deal, signed in 2018, running out at the end of next season.

£100million man Jack Grealish is reportedly on the same salary as Sterling.

He received a sizeable pay rise after his move in the summer from Aston Villa, but he has yet to truly prove himself worthy of the record-breaking fee he cost City.

Yet just as Sterling proved himself, Grealish will likely be given the time and opportunity to do the same.

Jack Grealish looks back a crazy few months and admits life at Man City is much more difficult than expected 🔵 pic.twitter.com/LvzdkC485c

He has scored just eight goals this season and failed to live up to the hype as the missing piece for a Chelsea title challenge.

The Belgian left Manchester United for Inter in 2019 where he helped fire the club to the Serie A title in 2020-21, ending Juventus’ dominance of the Scudetto.

Yet financial issues at the club along with the departure of manager Antonio Conte meant Lukaku decided to return to England with Chelsea last summer.

Four of the top five most paid players in the Premier League play for Manchester United, who comfortably have the highest wage bill in the league.

New boy Raphael Varane joined in the summer from Real Madrid saying that he wanted a new challenge. In trying to help United defend he certainly has one.

The £340,000 per week would have no doubt helped convince him to join as well of course, but reportedly he turned down a higher salary at Real to leave.

It’s fair to say he hasn’t had a flying start, scoring just twice and struggling to nail down a place in the starting XI.

But his huge wage is a testament to the value that the club place on him both in the short and long term; it’s easy to forget that the England international is still just 21.

De Gea is the highest-paid goalkeeper in the league and likely the world.

Yet until the start of this season, his position as United’s number one looked vulnerable, with Dean Henderson vying for his position.

But Henderson’s absence at the start of the 2021-22 campaign coincided with an incredible change in form for the Spanish ‘keeper, who has proved himself once again as one of the finest shot-stoppers in the world.

One of the finest players in the league, Kevin De Bruyne is Manchester City’s main man and their highest earner with a monster salary of £400,000 per week.

He signed a contract extension in 2021 which means he will be at the Etihad until 2025.

In the build-up to the deal, he hired a data firm to analyse both his role at City as well as the club’s suitability for him moving forward.

He then negotiated the contract himself along with his father and lawyers, rather than leaving it up to his agents as most other players do.

🗣 "I feel proud. I've been here for six years and this feels like home."

It is no surprise that Cristiano Ronaldo is by far the highest-paid player in the Premier League.

His contract is over £100,000 a week larger than De Bruyne’s and makes the rest of the league’s wages pale in comparison.

This does not even begin to take into account potential bonuses if he can help United to any kind of silverware or success in the coming seasons.

One of the biggest names in the world, even outside of football, he’s also the wealthiest footballer in the industry, the highest-paid one, and an institution in his own right.