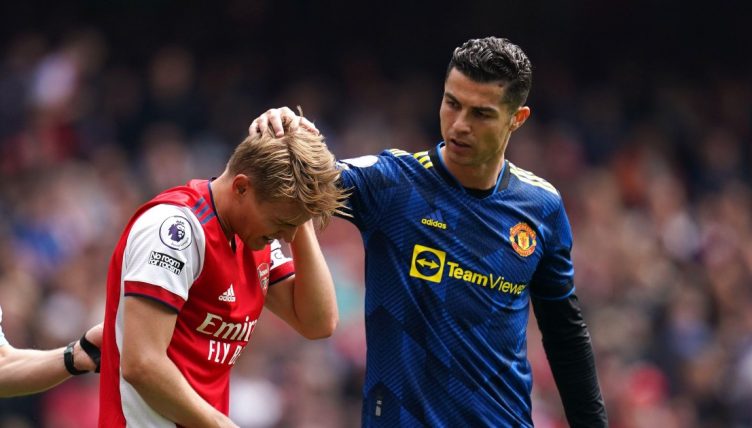 As usual, there is fervent debate about whether those nominated are deserving of their place and plenty of controversy around who missed out as well.

But as usual, plenty of brilliant players have missed out on being shortlisted for both awards.

Ederson is likely to win his fourth Premier League title in 2021-22 and is going toe to toe with Alisson for this year’s golden glove.

But we’ve chucked him in here ahead of the Liverpool number one for one reason, and one reason only: this sort of stuff. Yeah, he made the mistake, but he also dealt with it.

Plus he’s more fun. Which you’ll see is pretty much a requirement to make this team.

Just look at how Pep reacts.

It makes sense that Trent Alexander-Arnold has pipped Reece James as the representative for right-backs in the nominations, but the England international is still some player.

There are few players in the world who have the combination of defensive awareness and attacking prowess that James does. Do you want someone to make an important challenge before getting up to the other end of the pitch to put a perfect ball on the striker’s head? James is your man.

He’s also filled in as the right-sided centre-back at times this campaign, helping Chelsea contain counter-attacks. Things are only going to get better.

Your initial reaction was probably, “What, not Virgil van Dijk?!”

But we don’t mind adding our voice to the bold opinion that Matip has been better this season. From crucial goals to vital goal-saving interventions, he’s been a revelation. 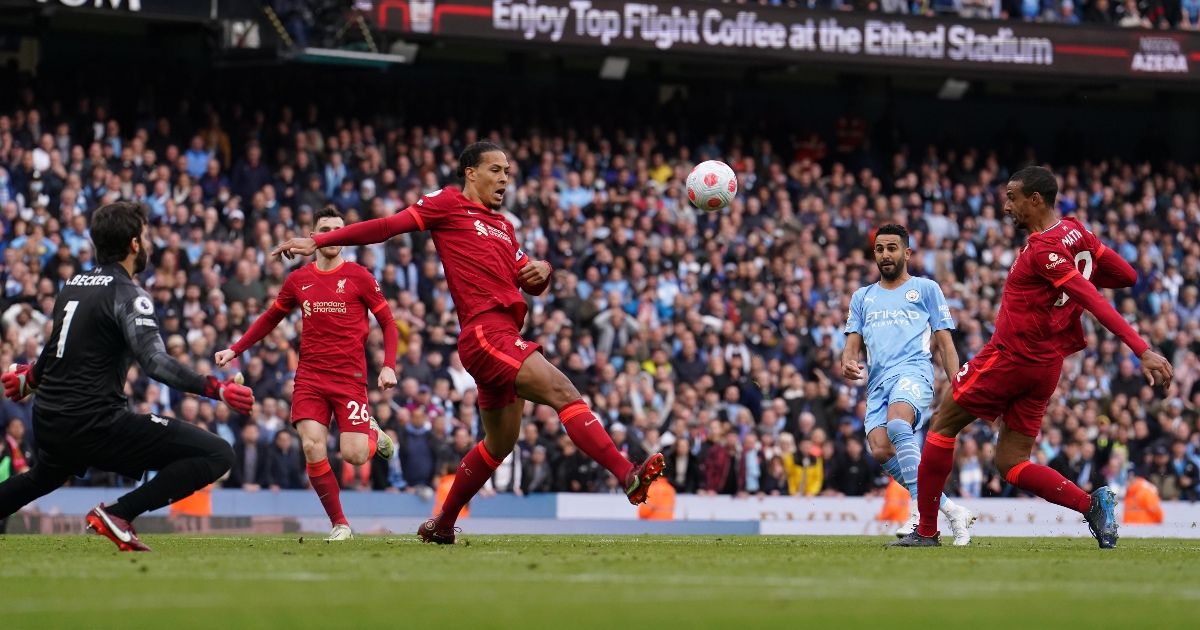 Rudiger will be one of the best players in recent history to leave on a free transfer and Chelsea will be sad when he heads to Real Madrid for nothing this summer.

He’s consistently been one of the best defenders in the league for the past couple of seasons and that was no different in 2021-22, where he has not only been a permanent fixture in Chelsea’s back three but in most people’s FPL teams too.

The way in which the German glides past attackers and shrugs them off the ball with a total lack of respect oozes cool, and he’ll look even better doing it in Madrid’s famous white shirt next year.

Cucurella could be in this XI for his magnificent hair alone, so it’s just a bonus that he’s been brilliant for Brighton this season.

He should have definitely been nominated for Young Player of the Year, but he won’t mind too much. His goal against Manchester United topped off a brilliant debut season in England for him, and he’ll be content to be up for the award next year instead.

Unless Graham Potter carries on making him speak English that is.

“Ey, gaffer, next season put me on the bench, I don’t like speaking English!” 🤣 pic.twitter.com/ttO3x2cDP6

Thiago is just class personified. He makes the basic look outrageous, and the outrageous look basic.

One of the best individual performances from any player this season was his total annihilation of Manchester United in the match at Anfield, dominating the midfield with ease.

Crossfield pings, deft touches and all with a saunter in his step as well; you don’t need stats like goals or assists to prove he’s Liverpool’s magnifico.

Alongside Thiago is his fellow Spaniard Rodri, creating a midfield pivot that could win the league all by itself.

You can picture it now; Rodri breaking play up and winning the ball, laying it off to Thiago who pings it up the other end of the pitch.

Rodri’s been magnificent for City this year and taken his game to another level, doing the work that often goes underappreciated (hence why he’s not nominated for Player of the Year).

He’s also stepped up when he’s been needed and his late winner against Arsenal may well be one of the individual moments that helped win City the league again.

I can’t decide if Rodri celebrated in front of Arsenal’s fans to intentionally boil piss or because he had just scored a stoppage time winner and lost all concept of what he was doing. pic.twitter.com/sxx2kHJ4Pk

It’s a mystery that Arsenal’s Norwegian playmaker isn’t nominated for either award.

He’s helped transform the team and has all the hallmarks of a future Arsenal captain, and the ability of heroes past. 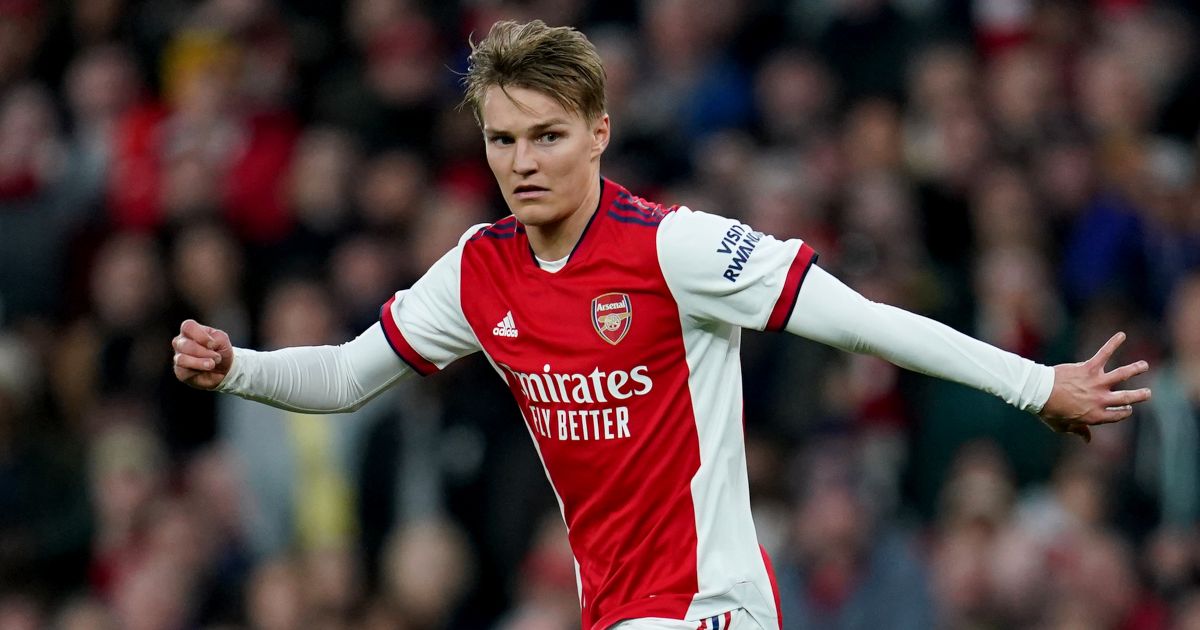 Cornet is perhaps our most rogue shout on this list, but he deserves to be in the conversation for players in that group on the border between great and nomination-worthy.

Without him, Burnley would have been relegated long ago. Yes, he’s ‘only’ scored eight in the league, but that makes him the Lancashire club’s top goalscorer and plenty of those goals have been crucial point-winning moments.

There’s also his general play, which has been a joyous watch. His dribble-filled style is a tribute to football and far from the ‘Burnley’ style of football that is so often decried.

If they do end up getting relegated, someone will get themselves a bargain.

"A CHILLING MOMENT FOR EVERTON… IT'S A DEFENSIVE DISASTER" 😬

It's a HUGE goal for Burnley as Maxwel Cornet makes it 3-2 against relegation rivals Everton – Turf Moor goes wild! 🤩 pic.twitter.com/eOfJ32AHlE

Despite having the most Player of the Month awards and the third most goals in the league, Ronaldo still wasn’t nominated for the Player of the Year award.

True, United have been awful (disastrous, despicable and all the other synonyms you could imagine) but Ronaldo has still produced moments of magic.

He’s also been the match-winner seven times, more than any other player in the league. He wouldn’t have deserved to win, but a nomination would have only been fair.

One of the favourites for the Balon d’Or, Mane is another shock exclusion from the nominees for the Premier League Player of the Year award.

The Senegal international had a difficult 2020-21 season and appeared to be on the decline but has rediscovered his best form in 2021-22.

With 15 goals and four assists to his name, the 30-year old has better stats than plenty of the nominees for the award. He would be right to feel aggrieved.