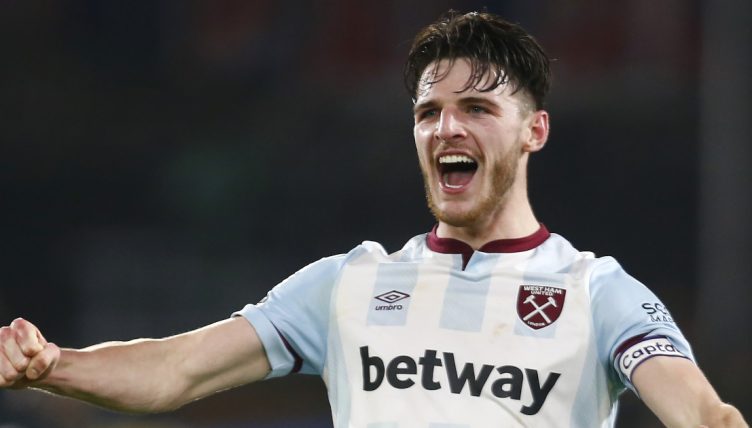 The Premier League season is drawing to a close and attention will, inevitably, soon turn towards the summer transfer window.

And there are several players at clubs below the ‘big six’ who may be hoping to earn an upwards move.

We’ve taken a look at those who could be targeted by some of the division’s top clubs.

This feels like it’s been on the cards for years. Zaha is now almost 30, the age at which modern footballers are, apparently, rendered immediately ineffective.

But he is, crucially, still very good. This season has been amongst his best for Crystal Palace; the Ivorian has thrived under Patrick Vieira, scoring 13 Premier League goals, his best return to date.

Will anyone come in for the soon-to-be ageing veteran? That remains to be seen.

Brentford’s prolific striker has been anything but Ivan the Terrible this season.

After giving League One and Championship defenders PTSD, he’s made the step up to the top flight seamlessly, netting 12 goals.

At 26, too, there should be more to come from Toney.

A move to Arsenal has been hinted at in the rumour mill and it wouldn’t be entirely surprising to see the former Peterborough man at the Emirates next season.

Ivan Toney in the Premier League in 2022:

Would you take him to the World Cup? 🦁 pic.twitter.com/LabYQPbIGc

Bowen is the man at West Ham right now. He’s the only player – Mo Salah aside – to reach both 10 goals and 10 assists in the Premier League this term.

Predictably, that’s brought attention from some of Europe’s elite. Liverpool and Manchester United have been linked, as have AC Milan, so it could be he’s off to sunny Lombardy in the summer.

But there is a real appreciation for Bowen now in the Premier League.

“I’m happy for him and I enjoy playing alongside him. All you have to do is give him the ball because he will either score or provide an assist.”

Aside from his apparent desire to headbutt the referee during Leeds’ defeat at Arsenal, Raphinha has earned plenty of admirers since joining the club from Rennes.

Ten goals and three assists for a side struggling to avoid the drop is certainly not a shabby return from the Brazilian.

And if Leeds do go down, expect the vultures to circle and pluck Raphinha away from Elland Road. 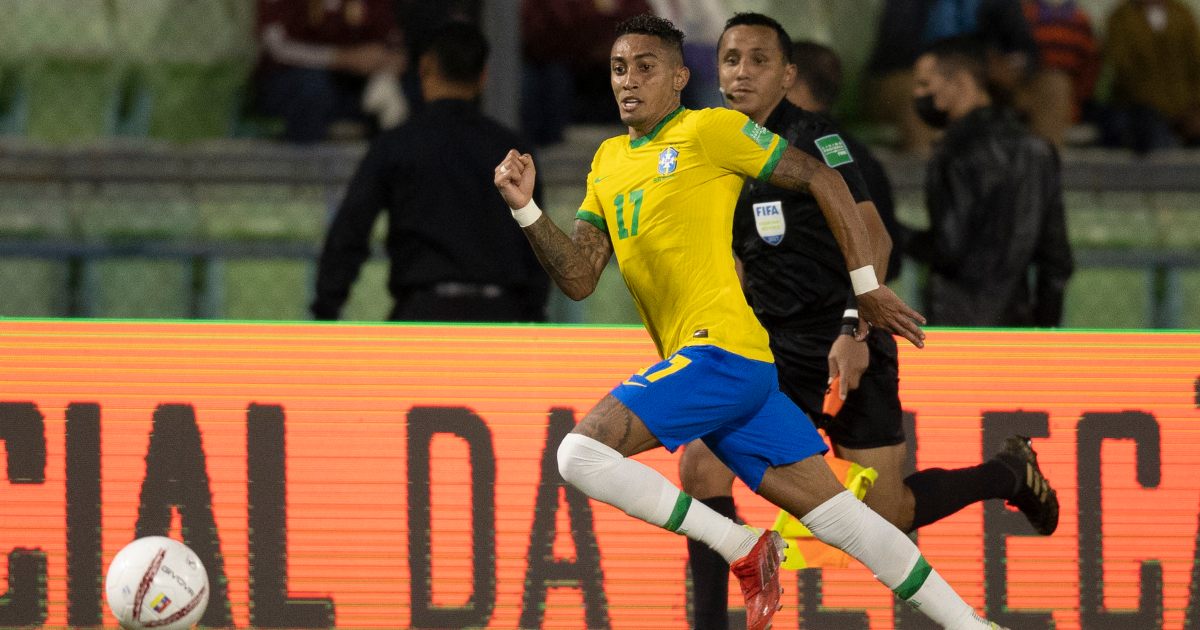 Neves is still only 25 but has been a consistent performer for years now.

After one of his strongest seasons in a Wolves shirt, it seems the time might be right for him to make the move that has seemed inevitable for some time.

United, Arsenal and Tottenham are said to be interested, while Barcelona have an eye on the Portuguese midfielder.

Another Wolves player, Sa has been amongst the Premier League’s standout goalkeepers this term.

With 11 clean sheets to his name and the fourth-best defensive record in the division, could the Portuguese be ready for a big six move?

Webster’s rock solid performances at the back for Brighton have been a huge part of the Seagulls’ success this season.

His ability on the ball and positional awareness are integral to Graham Potter’s gameplan.

The 27-year-old has perhaps gone under the radar somewhat, so Brighton could well keep hold of one of their most valuable players.

It’s always seemed like a matter of time for Rice.

The prevailing narrative had been an inevitable return to Chelsea, though Manchester United have threatened to spoil that.

Where he will end up isn’t yet clear, but what’s certain is that Rice is now ready to play at the highest level.

At 23, he is an established England international and West Ham’s key player. The future is exceptionally bright for Rice.

Bissouma is one of a host of Premier League players who seem to be perpetually linked with the divison’s biggest clubs.

But it’s for good reason. His energy and efficiency in midfield are essential for Brighton, and it’s no wonder Arsenal, Spurs, United and Liverpool are all believed to be keen.

All the talk on the transfer rumour mill is that Arsenal are on the verge of signing Tielemans, Leicester’s brilliant play maker.

The Belgian was sought after as a youngster and now at 25 has matured into a superb midfielder, a player with the obvious ability to play for Europe’s best teams.

Ward-Prowse has been at Southampton for a long time. And the fans will hope he stays even longer. 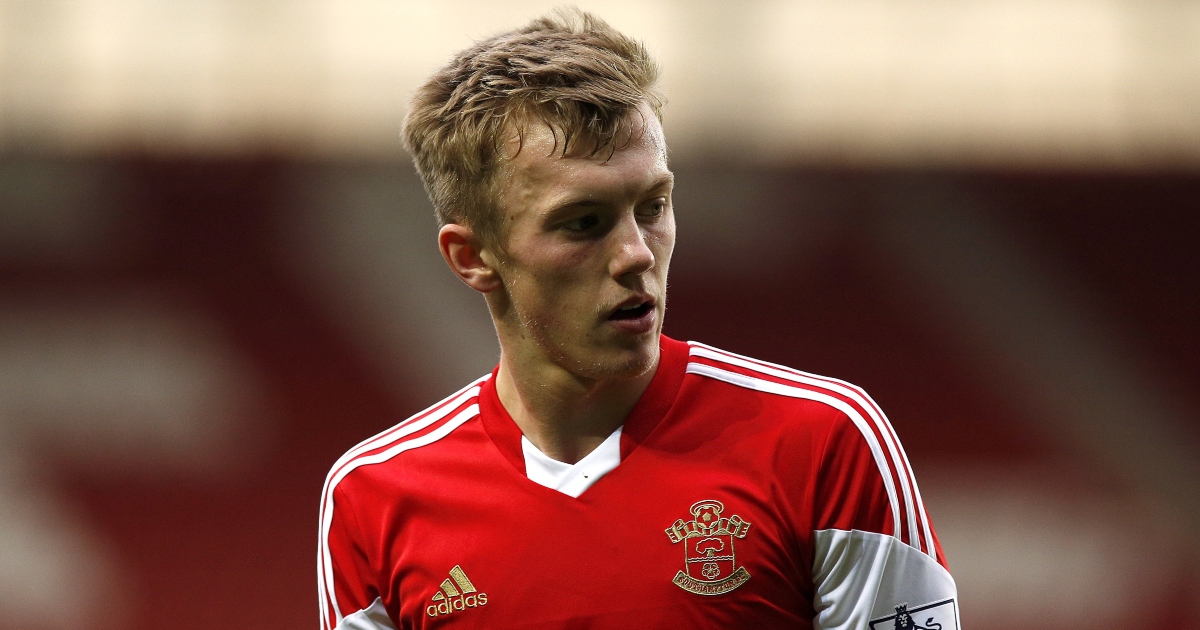 READ: Where are they now? Southampton’s XI from Ward-Prowse’s PL debut

Like Raphinha, Phillips’ future is likely to be dependent on Leeds’ fate come the end of the campaign.

If the Whites are still in the Premier League, all may be settled on the outgoings front.

Relegation, though, could see a mass exodus of Leeds’ best players.

Phillips is certainly one of them. Along with Rice, he’s one of England’s most coveted midfielders, and there’ll be no shortage of suitors.

Steven Gerrard, as an aficionado of effervescent midfield players, will no doubt hope McGinn is at the forefront of his Aston Villa team for years to come.

“I’m a massive fan of him, he’s very unique how he plays,” the Villa boss said recently. “He sees passes, he’s infectious, he’s a leader.”

McGinn’s performances won’t have gone unnoticed, although things remain quiet on the transfer rumour front regarding the Scotland international.

Once the big six begin to appreciate the majesty of his backside, though, things might change.

“I said to the gaffer that if I didn’t have this backside I’d be playing in the Lowland League. He had a laugh at that,” McGinn said.

“But we’ve got an understanding that as long as I give it my best shot – and keep the size of my backside – we’ll be fine.”