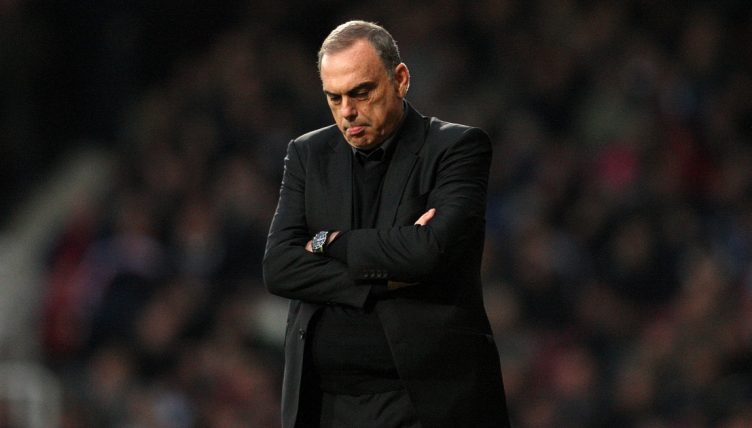 Norwich City hold the unenviable honour of being bottom of the Premier League at Christmas – a position few have managed to survive from.

While West Brom famously escaped relegation in 2005, many more have fallen through the trap door and it will take a big second half of the season from Dean Smith’s men to avoid an immediate return to the Championship.

We’ve taken a look at who propped up the table at Christmas since 2010 and how they fared afterwards.

Marooned at the bottom of the league at Christmas 2010, West Ham owners David Sullivan and David Gold gave manager Avram Grant an ultimatum – win one of the next three matches, or you’re sacked.

Unfortunately for Hammers fans, Grant’s side won 3-1 at Fulham on Boxing Day and he remained in the job for the remainder of the season, despite a botched attempt to poach Martin O’Neill in January.

West Ham, with a host of internationals in their squad, went on a mini-run after Christmas but their last win of the season was in early March.

A run of seven defeats from their final eight matches sealed their fate, with relegation confirmed after allowing Wigan to come from two goals down to win 3-2 in their penultimate match.

Grant was sacked in the dressing room straight after the game and only an intervention from Scott Parker allowed him to travel on the team bus back to London.

It was a season so shambolic that EastEnders would have considered the plotlines too outlandish for use.

Blackburn fans still shudder at memories of the shitshow that was their 2011-12 season.

Rage boiled over at Ewood Park following a pre-Christmas defeat to also-rubbish Bolton, but Blackburn stuck with their manager – and fell out of the Premier League after 11 seasons in the top flight.

One fan released a chicken onto the pitch during the defeat to Wigan that confirmed relegation. It showed more courage, application and talent than anybody else at Blackburn that year.

Reading went on an incredible run to secure promotion in 2012, winning 15 of their last 19 games, but there was always the sense they’d get found out in the Premier League. The 2012-13 season proved just that.

Brian McDermott’s side won just once before Christmas, a home win over Everton, and their main achievement was somehow managing to be even worse than QPR.

They went on something of a run after the Quality Street was put away, winning four games before the end of January and rising out of the relegation zone.

But it was only a temporary reprieve. Reading won just one more league match and were relegated, alongside QPR, after the two sides played out a soul-destroying 0-0 draw in late April.

Never mind flirtation, Sunderland walked up the aisle with the Grim Reaper before pulling off an incredible escape in 2013-14.

Manager Paolo Di Canio signed 14 new players, including £9million Jozy Altidore, but it didn’t stop him from being sacked after five games or Sunderland from accumulating just 10 points before Christmas Day.

Gus Poyet replaced Di Canio at the Stadium of Light but it wasn’t until mid-April that Sunderland woke from their slumber and set about saving themselves.

Connor Wickham started the banging in the goals, Jose Mourinho suffered his first home league defeat in 12 years to the revitalised Black Cats and three further wins lifted Sunderland to an incredible 14th at season’s end.

After resolving to forget the lessons they’d learnt, Sunderland circled the plughole for the next two seasons before dropping into the Championship in 2017.

They’re yet to return to the top flight.

A year before they won the most unlikely league title of the modern era, Leicester became only the third Premier League side to survive after being bottom at Christmas.

Having only taken 10 points from their opening 17 after promotion – the same situation Norwich are currently in – the writing was on the wall for Nigel Pearson, Craig Shakespeare and the Leicester side.

This situation persisted for much of the spring until a home win over West Ham in early April kickstarted an incredible run of form.

Leicester won seven of their final nine matches to race clear of relegation, accumulating more points than they had in their previous 29 matches, to finish a comfortable 14th.

They remain the last side to avoid relegation to achieve such a feat.

Christmas 2015 was a miserable one for fans of Aston Villa, with their team taking out a long-term lease on bottom place and having just seven points to their name.

After the appointment of Tim Sherwood incredibly failed to work out long-term, Villa appointed Remi Garde in October. Faced with a demotivated squad of players, Garde appeared in no way like a divorced dad who’s attempted a spectacular gesture to try and impress his ex-wife.

Villa won their second game of the season in January, but it wasn’t nearly enough. They lost 12 of their last 13 games to finish with a grand total of 17 points – just 22 short of safety.

Hull were in chaos before a ball was kicked in 2016. Despite winning them promotion, Steve Bruce walked away because of a lack of investment and they only had 13 fit players before their season opener against champions Leicester.

Incredibly, Mike Phelan led them to a 2-1 win and Hull won their next match for good measure. By the time Christmas rolled around, they’d only won once more and Phelan had been replaced by Marco Silva.

Despite players like Harry Maguire and Andy Robertson in their squad, Hull were always battling against inevitable relegation. A late run of form in April propelled them to 17th but demotion was confirmed with a game to spare.

They lost their final match 7-1 to Tottenham for good measure.

Swansea had been joint-bottom at Christmas during the previous season, so their position during the 2017 festivities didn’t come as a massive surprise.

What happened next did. Having jettisoned Steve Clement for Carlos Carvalhal, Swansea rose to 13th by early March after a string of home victories – including triumphs over Liverpool and Arsenal.

But a 4-1 thumping of West Ham would prove their final three-point haul of the campaign. The new manager bounce began to fade, Carvahal began to resemble David Brent with his inane mutterings and defeat against Southampton in May proved fatal.

Despite spending £100million after winning promotion, Fulham were rancid in 2018-19.

Expensive signings like Jean Michael Serri failed to fire and Claudio Ranieri was bought in to save the west London club in November. He failed… spectacularly.

Ranieri was long gone by then, having been sacked in February. We’re presuming Watford ignored this interlude when appointing the Italian as their boss in October.

Watford propped up the table at Christmas 2019 but, with Nigel Pearson in charge, many felt they’d escape relegation.

They almost did. Watford smashed champions-elect Liverpool and were three points above the relegation zone with two games remaining when the famously impatient board sacked Pearson for having an argument with the owner after losing a six-pointer at West Ham.

They had earned five wins and five draws in 21 games but they faced Manchester City and Arsenal – both of which were lost under caretaker boss Hayden Mullins as Watford succumbed to the drop.

We’d have loved to have been a fly on the wall at the Pearson household when relegation was confirmed.

Sheffield United had two points when the turkey was carved last Christmas. Two.

They did not stay up. They did manage 23 points though, which proves they weren’t completely rancid.