The six fastest players in the Premier League in 2021-22: Salah, Rudiger… 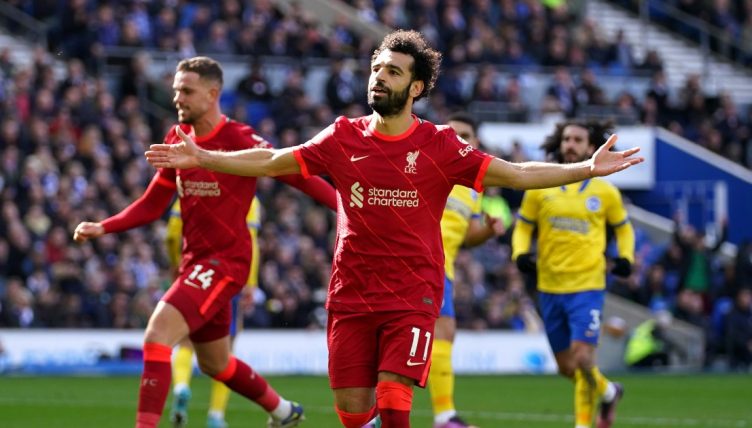 Pace is still an incredibly useful skill in the modern game – but who have been the fastest players in the Premier League this season?

Manchester City and Liverpool, who have established themselves as the best sides in England, both have several speedsters in their squads.

Using data from OptaJoe, we’ve looked at the six players who clocked the fastest pace in the Premier League in 2021-22.

There are a lot of similarities between the two strikers as they both like to use their blistering pace to stretch the play and threaten the space in behind the opposition.

He’s clocked an impressive top speed of 36.1km/h this season and even managed to impress Liverpool centre-back Virgil van Dijk, who is renowned for his remarkable recovery pace.

“We want to keep a high line because we know we can win the ball up high,” Van Dijk said after Liverpool’s 2-0 win over Leicester in February. “It’s the risk you have to take. Today, I played against Patson Daka, who is crazy quick in my opinion, so you have to be ready.”

🗣"He's like a different Jamie Vardy almost you know!"

Since leaving Brentford for Aston Villa in a £28million deal in 2020, Watkins has scored 21 goals in his first 63 Premier League appearances.

But the England international is also renowned for his work off the ball and has managed to match Daka’s top speed of 36.1km/h in 2021-22.

“I don’t think there is a limit for Ollie,” Villa boss Steven Gerrard said in December. “He’s got the lot – pace, power, aggression.

“He has really stepped forward in the two weeks I have been here, and he will grow. He will enjoy the style we play so there isn’t a ceiling for him.”

As Van Dijk mentioned, Liverpool like to play with a high-line and that’s why they decided to sign Konate from RB Leipzig last summer.

“His physical attributes are very impressive; he is quick, he is very strong and he is dominant in the air,” Liverpool boss Jurgen Klopp said after the deal was complete.

The centre-back has been eased into the Liverpool side this season but his top speed of 36.2km/h shows that he can compete in a footrace with most forwards in the Premier League.

During his six seasons in the Premier League, Traore regularly struck fear into opposing full-backs due to his electric turn of pace.

“I’ve played against him about 10 times and I don’t think I’ve kept up with him,” West Ham United defender Aaron Cresswell told the Premier League’s official YouTube channel in 2021.

“He could give me about 10 yards and I still wouldn’t keep up with him. He’s unbelievable. He’s got pace, power, strength, and he even oils his arms up so you can’t even grab him.”

The Spain international only started 10 Premier League games for Wolves in 2021-22 but still got to showcase his pace, hitting a top speed of 36.6km/h.

Cresswell and other Premier League left-backs definitely breathed a sigh of relief when Traore joined Barcelona on loan in January.

While Salah is renowned for his twinkle toes and goalscoring exploits, he’s also one of the quickest players in the Premier League.

The Liverpool winger is able to turn defence into attack in the blink of an eye and has scored some stunning counter-attack goals for Klopp’s side.

“Well, I don’t know. I just feel I’m fast,” Salah recently told British GQ when asked how quick he is. “I try to use that in the game.”

“When there is a ball in the space, I am the fastest. Virgil is very fast, Sadio is fast, Joe Gomez is very fast, but I’m always choosing myself.”

Salah’s record of 36.6km/h officially puts him above all of his Liverpool team-mates, but there is one Premier League player who’s been quicker than him in 2021-22…

Rudiger has thrived under Chelsea manager Thomas Tuchel, establishing himself as one of the best centre-backs in the Premier League.

His pace is one of his greatest assets, and he clocked in a top speed of 36.7km/h during Chelsea’s 1-1 draw with Brighton in January.