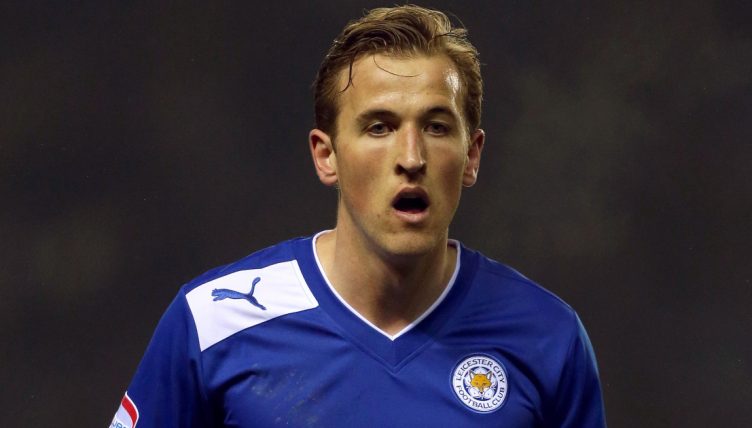 The loan system can benefit Premier League teams, allowing their rising stars to gain experience elsewhere. And the Championship has often proven to be a great destination with plenty of success stories.

Loans to the Championship are often more successful than loans to fellow Premier League clubs as loanees can play more matches, take up a more important role and play in a more physically demanding league. These young stars also have a good chance to make themselves promotion or play-off heroes.

In some cases, players have done so well on loan in the Championship that their parent club decided to give them a chance in the first team upon their return.

Manchester United’s James Garner will be hoping to follow in their footsteps after helping Nottingham Forest win promotion to the Premier League.

We’ve picked out seven players from the Premier League’s ‘big six’ clubs who shone at their club after going on loan to the second division.

Currently one of Arsenal’s best players, Smith Rowe had to navigate a fairly tricky path between the academy and the first team as he embarked on two loan spells in his late teenage years.

A move to RB Leipzig in the Bundesliga was marred by injury before he spent the second half of the 2019-20 season on loan at Huddersfield Town.

This was where the talented playmaker developed his speed and strength, but he also managed to showcase his excellent skills.

“Emile Smith Rowe is just a really lovely player, isn’t he?” Huddersfield manager Danny Cowley sad in 2020. “He has that ability to find space; he could find space in a telephone box.”

His Championship loan spell meant that he is adored by fans of Huddersfield and Leeds United, as he scored a goal against West Brom which confirmed that Leeds would be promoted back to the Premier League after 15 years away.

The England international returned to Arsenal and established himself as a first-team player under Mikel Arteta. He even earned the No.10 shirt that was once worn by Dennis Bergkamp.

One of the best strikers in the world, Kane has been referred to as a ‘one-club man’ for spending his entire career so far at Tottenham, but he did embark on a couple of loan spells before breaking through into the first team.

A successful loan at Millwall in 2011-12, where he scored seven goals in 14 starts to help them steer clear of relegation, was followed by an unsuccessful move to Norwich City in the Premier League.

Kane then returned to the Championship with Leicester City as they failed in their promotion attempt, losing to Watford in the play-off semi-finals when Troy Deeney scored *that* goal.

With Jamie Vardy and David Nugent already at the club, opportunities up front at Leicester were hard to come by, and Kane stated that the spell was a difficult one.

“I ended up going to Leicester for six months and I couldn’t get into the team,” Kane told ITV Football in 2020. “I was on the bench a lot. That was probably the time in my career that was the hardest.

“I was 19 and I was thinking: ‘If I can’t play for Leicester, in the Championship at the time, how am I going to get back and play for Tottenham?”

Safe to say it worked out well in the end.

Frank Lampard’s time as Derby County boss proved to be fruitless as his side lost the play-off final to Aston Villa, but a shining light in their season was Chelsea loanee Mason Mount.

The midfielder joined the Rams when he was 19 and had a stunning campaign in 2018-19, registering 11 goals and six assists in all competitions.

Mount followed Lampard back to Chelsea and has remained one of the first names on the team sheet under Thomas Tuchel.

He’s helped the club win the Champions League, UEFA Super Cup and FIFA World Club Cup and has also won their Player of the Year award in 2020-21 and 2021-22.

Now a full England international, a Champions League winner and one of the best right-backs in the world, Reece James has Wigan Athletic to thank for advancing his development.

He registered three goals and three assists in 45 Championship appearances in 2018-19 and won their Player’s Player of the Year award.

His fruitful loan spell at the DW Stadium fully prepared him for the Chelsea first team, and he slotted in seamlessly upon his return.

James has gone from strength to strength over the last three years and the sky is the limit for the 22-year-old.

The Argentina international went on many loan spells during his nine years at Arsenal, but it was his last one at Reading which made all the difference.

Martinez was finally able to show his quality and proved himself as one of the best goalkeepers in the Championship in the 2018-19 season.

Upon his return to Arsenal, he was promoted to the number two spot behind Bernd Leno and when Leno picked up a long term injury, Martinez shone to help Arsenal win the FA Cup and Community Shield in 2020.

He was subsequently sold to Aston Villa, but his loan spell helped him progress from backup goalkeeper to Premier League starter and Argentina’s No.1.

The Liverpool wonderkid was signed from Fulham as a 16-year-old and was later loaned to Blackburn Rovers to gain some match experience.

Elliott showed what a frightening prospect he is, registering seven goals and 11 assists in 41 Championship appearances in 2020-21.

“It’s unfathomable to me that, in five years, he’ll still be in his early twenties and he could have played 250 games by then. What a joy he is. He just loves the ball; can’t have enough of it.”

Elliott returned to the Liverpool squad, where he has shown glimpses of his talent but found his appearances limited due to injury. But he’s still only 19 years old and is undoubtedly set for a bright future at Anfield.

A talent destined for the very top…🚀

We look at some of Harvey Elliott's best goals and assists for Blackburn as he continues to impress in the Championship! 🔥pic.twitter.com/Y4SkF6L98W

A member of Manchester United’s 2011 Youth Cup-winning squad, Lingard got his first taste of first-team football during a brief loan spell at Leicester City in 2012-13.

He joined Birmingham City in September 2013 and scored four goals on his debut during a 4-1 victory over Sheffield Wednesday. The midfielder made another 12 appearances for the Blues before spending the second half of that campaign at Brighton.

After getting injured on his United debut, he returned to the Championship with Derby County in February 2015 and scored two goals in 15 appearances.

The experience meant he came back to United ready for first-team action, and he scored the winning goal in the 2016 FA Cup final.

Lingard, who made over 200 appearances for United, also scored in the 2016 Community Shield win over Leicester and the 2017 League Cup final win against Southampton.