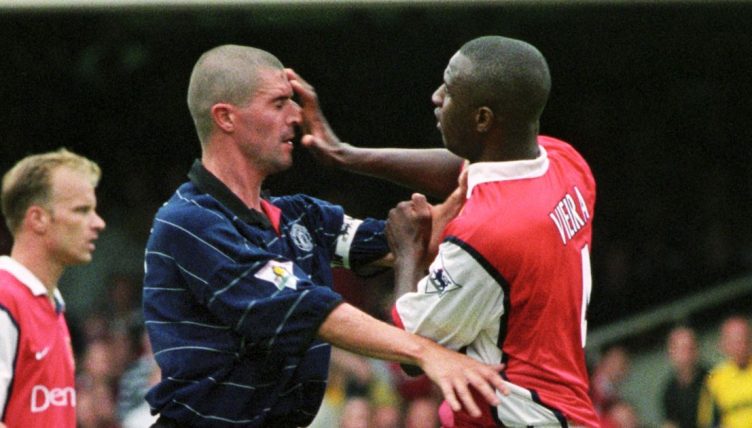 The Premier League is known for its firm challenges, but there have always been a few players who’ve taken things too far. The men with the most red cards in the league’s history include those who forged fearsome reputations at Manchester United and Arsenal.

Though the Premier League has calmed down a lot in recent years – with the influence of more technical overseas players and stricter refereeing – it retains its reputation as Europe’s most blood-and-thunder top flight.

That violent reputation was forged in its early years, as the influence of the previous era of English football remained strong in the new-fangled Premier League.

Players like David Batty and Neil ‘Razor’ Ruddock weren’t going to tone down their, err, vigorous playing style because of a bit of rebranding, were they?

Surprisingly, neither of those two make this list, perhaps because of the less stringent officiating of the early Premier League years. But plenty of predictable names – and a couple of surprises – do pop up.

Here, we’ve rounded up the 20 players with the most red cards since the inception of the Premier League in 1992.

Note: where players were tied on the number of reds, we’ve ranked them in order of cards per match (red or yellow) across their Premier League career.

We’re getting into the real red-card big leagues now – the seven men with seven or more Premier League red cards – so they all deserve a little bit of extra attention.

Keane is the ultimate Premier League pantomime villain. As such, it’s no great shock to see his name up here.

The most infamous of his sendings off came for a horrendous challenge that contributed to ending the career of Alf Inge Haaland, Erling Braut’s father and a former Leeds and Manchester City player. The challenge came in 2001, but the story started in 1997.

Keane’s United team went to play Haaland’s Leeds at Elland Road and the Norwegian spent a good portion of it winding up the fiery Irish midfielder. Near the end, Keane went in hard on Haaland but ended up injuring himself, tearing his cruciate ligament.

Four years later, with Haaland at Manchester City, Keane took revenge. During the derby at Old Trafford in April 2001, Keane flew in knee-high and studs up on Haaland and was immediately dismissed, later receiving an extended ban and £150,000 fine.

In his 2002 autobiography, Keane wrote: “I’d waited long enough. I f*cking hit him hard. The ball was there (I think). Take that you c*nt.”

Jones was another of the English top flight’s great baddies and his seven early baths came in just 184 Premier League games – the fewest of any man to reach the mark.

Though Keane’s repeated clashes with another player even higher up on this list have gone down in Premier League folklore, we reckon the battle between Keane and Jones was spicier… 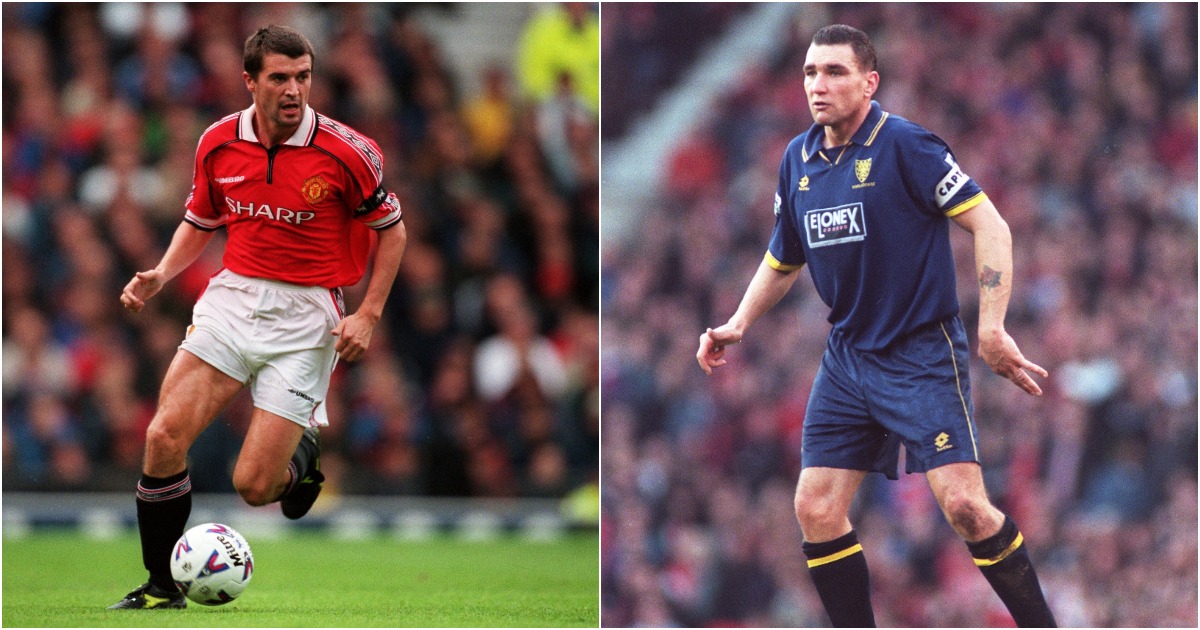 READ: Sorry Vieira, Roy Keane vs Vinnie Jones was the ultimate clash of the titans

The most violent of the former Manchester United players on this list is – somewhat surprisingly – Smith rather than Keane. As well as his seven reds coming in fewer appearances, he received bookings at a faster rate than his former team-mate.

Smith started off at Leeds, of course, making the move to Old Trafford in 2004, despite having previously said he’d never play for United.

At Old Trafford, he was converted into a combative midfielder, a role also he played for his third Premier League club, Newcastle. That transition undoubtedly contributed to the total.

With 0.35, former Sunderland man Cattermole has the highest cards per game ratio of any player in this top 20.

He particularly liked getting stuck into Newcastle and once even managed to get dismissed after the final whistle in a Tyne-Wear derby, seeing a straight red from Mike Dean for abusive language having already seen yellow for an over-zealous challenge on Jack Colback during the game.

We’re into the top three now and to start us off is – in our opinion – the most terrifying player in Premier League history.

Though there have been more theatrical villains – the likes of Keane, Jones and Cattermole all included – we reckon Big Dunc would have any of them if push really came to shove.

And of his eight dismissals, a record six were straight reds rather than two yellows. It was those pointy elbows, you know.

Duncan Disorderly’s most notorious moment came not in England but in Scotland while playing for Rangers, however.

During a game against Raith Rovers, he headbutted John McStay. The ref didn’t see it, so Ferguson was not sent off, but he was not so lucky after the game. As well as a 12-game ban, Ferguson was charged with assault and received a three-month prison sentence in October 1995.

Dunne was a one-man wrecking ball of a footballer.

In addition to having eight reds, he also tops the list of most Premier League own goals with an outstanding 10 – the same number as he managed at the right end of the pitch.

The king of the hill when it comes to Premier League sendings off, we all doff our caps to the Arsenal legend.

Vieira was seemingly everywhere in the Gunners’ midfield during the peak of the Arsene Wenger glory years.

The master of winning the ball back and springing a counter, Vieira regularly made his way into the referees’ notebooks when his challenges edged over that line of acceptability. It is telling, perhaps, that five of his eight reds were a result of two yellows.

Despite the Frenchman going in a little too hard on occasion, there’s no doubt Arsenal missed his combativeness after he left.

A very bon anniversaire to Arsenal legend, and master of the saving slide tackle, Patrick Vieira. Everyone pop some Vicks Vaporub on your shirt before work, to show your appreciation.pic.twitter.com/lLuZNkbPKF