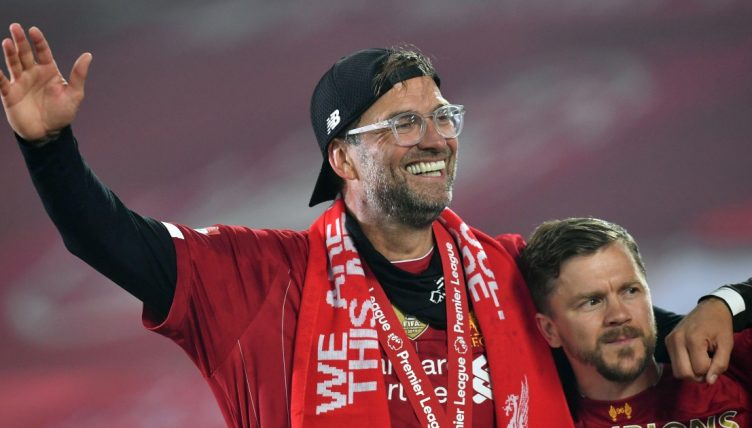 The 2021-22 Premier League season has drawn to a close, but what would the table have looked like if results were calculated based on the aggregate score between teams after their two matches?

By this, we mean the two matches each team plays against each other would be added up, with the winner awarded three points and each team awarded one if there is a draw after two games, with away goals not counting. This means there are 19 total results, with a maximum points tally of 57.

For example, Manchester United lost to Liverpool home and away this season first 5-0 and then 4-0, meaning the aggregate score was 9-0 to Liverpool. In our table, this sees Liverpool awarded just three points instead of six for the two wins as they received in real life.

In fact, Manchester United are one of the biggest losers here. Their 25 points are fewer than half of what they have achieved in the actual Premier League table.

Their 2-0 home victory against Brighton, for example, is not enough to counter the 4-0 hammering they received at the Amex, meaning Brighton picked up all three points in our table through their 4-2 aggregate victory.

Meanwhile, Liverpool are one of the biggest winners; they finished ahead of City as Champions in our aggregate table.

Their 2-0 home victory over Leicester, for example, means that they overcame the 1-0 loss they suffered away from home, while City dropped crucial points in their aggregate losses to Spurs and Crystal Palace.

Liverpool fell short of becoming champions in real life, but Jurgen Klopp has said he is proud of his team’s title push this season regardless.

Remarkably, Liverpool would have gone undefeated if scores were aggregated, while Everton would have finished comfortably above the relegation zone and Villa would have climbed to sixth.

Spurs would have finished third, ahead of Arsenal; who were also big winners, jumping into fourth and qualifying for the Champions League if results were done on aggregate.

Meanwhile, Chelsea finished fifth, losing on aggregate to teams like Brentford and drawing 4-4 with Arsenal.

The relegation zone would be unaffected, with Burnley, Watford and Norwich all going down. Leeds finished two points ahead of Burnley, helped by their aggregate victory over the Lancashire club.

Norwich only had only one aggregate victory, 2-0 over Burnley, and suffered the most aggregate losses with 15.

With the season now over, here’s the table in full if the results were calculated on aggregate.

Note: Where points are tied, goal difference is used to organise the teams.