The Premier League table over the last 38 games: Arsenal 2nd… 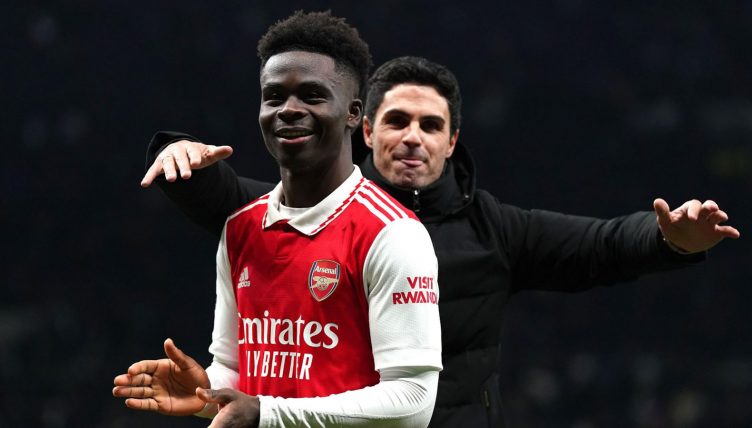 As we are now halfway through this Premier League season, we thought it would be a good time to look at the league table based on the last 38 matches that have been played.

Arsenal have taken the league by storm this year and deservedly lead the way at the halfway mark with 47 points. Mikel Arteta’s side have been electric to watch and they have progressed well since last season.

Long gone are the days when Arsenal looked like a side who were on the verge of crumbling; this Arteta side looks like they mean business this year.

Manchester City ended last season well with six wins from their last seven matches. While they have looked a little bit more inconsistent this season, they are still well in the title mix this time around.

Elsewhere in Manchester, United have done well to turn around their fortunes. They won just three of their last 12 matches last season which ultimately saw them finish the season in 6th place.

Erik ten Hag has managed to immediately put his stamp on things and change the momentum at Old Trafford. United now find themselves unbeaten in their last six and look on course for Champions League qualification.

Tottenham only lost two of their last 14 league matches last season and managed to pip Arsenal into fourth place. Antonio Conte’s side have been a little more unpredictable this year though, as they have struggled for consistency.

Newcastle have continued to showcase their impressive form under Eddie Howe and are well in the hunt for a Champions League spot come the end of the season.

Chelsea finished last season with an inconsistent run and won just four of their final 10 league matches. Graham Potter has struggled to implement his style this season as they are now 10th in the 2022-23 table.

Undoubtedly the biggest drop-off we have seen from this season to last is Liverpool. Jurgen Klopp’s men didn’t lose a single match from January onwards last season and were narrowly beaten to the title by Man City.

Klopp not happy at full-time 😅 pic.twitter.com/3QOw7em2sz

This season has been a different story for the Reds though as they have already lost six matches during this campaign. Injuries haven’t helped things, but they have so far failed to match the pace they have previously set for themselves.

Following their 3-0 defeat against Brighton, Klopp told the club website: “The problems are the same like last week when we spoke about it: we don’t win the key battles on the pitch, the key challenges, and we give the ball away too easily.

“That’s difficult to organise protection for losing balls you should not lose, it is not easy. Fully my responsibility because I had an idea with a different formation and it didn’t work out. So, [I am] sorry.”

We’ve crunched the numbers and figured out what the Premier League table would look like based on the last 38 games. Note: we have only included teams that have featured in the 2021-22 and 2022-23 seasons.

READ NEXT: Everything Gary Neville has said about Arsenal & Arteta in 22-23