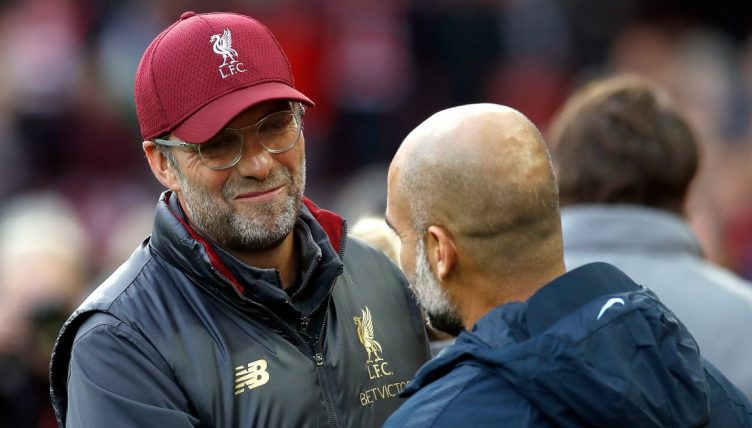 Manchester City and Liverpool have undoubtedly been the Premier League’s two most dominant teams in recent years – you only need to look at the table since the start of the 2018-19 season to see that.

City won the Premier League title in 2018-19 but they were pushed all the way to the final day by Liverpool and had to win 14 consecutive games to get over the line.

Liverpool put the disappointment of 2018-19 behind them and finished 18 points ahead of City in 2020-21, ending their 30-year wait for a top-flight title.

Pep Guardiola’s side managed to reclaim the league title in 2020-21 and the two sides are now involved in another enthralling title race.

“To fight with them [Liverpool] is one of the biggest achievements of my career,” Guardiola said in March 2022. “They are outstanding. Liverpool are the toughest opponent I have ever faced in my 12-13 years as a manager.”

After hearing Guardiola’s comments, Jurgen Klopp said: “Yeah, but I can give that back easily! I could say City are the toughest opponent I have ever had, but I should not forget I faced him already at Bayern [Munich] so I can’t say it was much easier.

“I know what he means. We pushed each other on to insane levels in the last few years, the amount of points both teams collected. Of course we couldn’t cope with it last year for obvious reasons, but for other years we were really around.

“I don’t think City would get the amount of points they would get this year if we weren’t around, and the other way around pretty much the same.”

We’ve taken a look at how the Premier League table would look if it began at the start of the 2018-19 season.

Note: all teams have played 144 league games unless stated otherwise. We’ve only included teams that have been involved in each of the last four Premier League seasons.