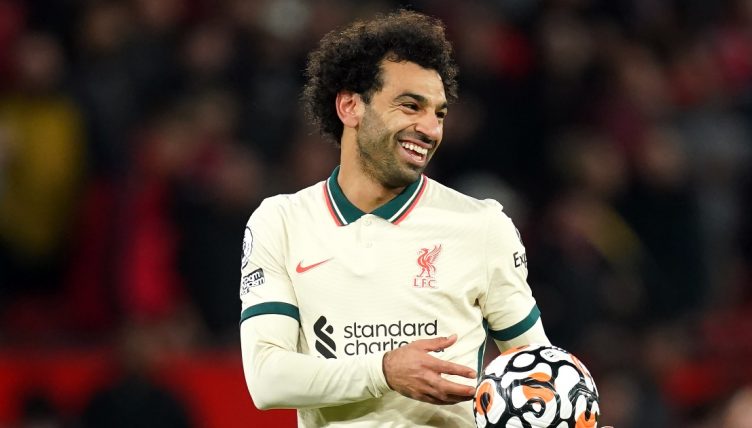 Another rip-roaring year of Premier League football has come to an end, so it’s time to look at the best of 2021. And in football, there’s nothing more significant than sticking the ball in the net.

Thirteen men have scored 12 or more Premier League goals across the calendar year, four of them finishing equal tenth in the top goalscorers in the English first tier this calendar year.

There are no prizes for guessing who comes out on top, but the lack of any Manchester United players tells its own story, as does the presence of a few other surprise names here.

So, here are the top goalscorers in the Premier League over the past 12 months.

Leeds United’s Brazilian superstar has been linked with a big-money move to Bayern Munich, and it’s not difficult to see why given his form in 2021.

He’s stepped up amid Patrick Bamford’s injury and Leeds’ struggles in 2021-22 with eight Premier League goals – six more than anyone else in Marcelo Bielsa’s squad.

He’s been overshadowed by that fella who plays on the other side of the Liverpool attack, but Mane has still had a more-than-solid 12 months.

One of the Premier League and England’s real breakout stars of the past year, Mount has 12 Premier League goals to his name including that lovely hat-trick he managed against Norwich in October.

Mad to think Thomas Tuchel was not entirely convinced when he arrived at the Bridge in January 2021.

Another one of those breakout stars. After threatening to come (very, very) good for a few years, Foden finally did in 2021.

In 2021-22, he’s got seven goals and six assists for City so far at a rate of one goal contribution every 99 minutes. That’s scary.

That is some finish by Phil Foden! 🔥

You think he’d slow down at some point. But the Skittles vodka and caffeinated sugary pop combo seems to be working still.

If we remember rightly, much of 2021 was spent discussing how badly out sort Sterling was.

We wish we were good enough to score 13 Premier League goals and fire England to the final of a major tournament when badly out of form.

Son is one of the best footballers in the world and has been for five years. That’s bloody incredible and probably doesn’t get said often enough.

Michail Antonio has been one of the most prominent figures in English football in 2021, and that is a really good thing.

He’s funny, he’s frank, he’s down to earth and most importantly, he’s belatedly become one of the most effective centre-forwards in the Premier League.

He equalled then surpassed Paolo Di Canio’s West Ham Premier League scoring record earlier this year. As he said himself, “Not bad for a right-back.”

West Ham's Michail Antonio is tied with Paolo Di Canio as the club's record Premier League goalscorer, and had the perfect response… 🎙💬

Four headers, six with his left foot, four with his right. That’s the record of a man who really knows how to finish.

Twelve of these goals came in a mad purple patch between February and May.

So far this season, he’s gone back to where he was before, with two goals in 14 games. But hey, maybe he’ll turn it on again in the new year.

Ruben Dias got the PFA Player of the Year award for the 2020-21 season, but his team-mate Gundogan was even better if you ask us.

City’s top scorer as they won the title by 12 points, Gundogan has carried that form into 2021-22.

In April, his manager Pep Guardiola said: “He deserves this role of leadership through what he has done on the pitch. It is the best way to show his ability.

“I am delighted with the external recognition he gets now because he is scoring goals and making assists. He deserves it.”

You’ll find no counter-argument from us.

Harry Kane’s poor start to the 2021-22 season has, for some reason, made people forget just how magnificent he was in the first half of the year.

He got 23 goals and 14 assists in 2020-21, finishing as the Premier League’s most prolific player on both counts. Probably a good job he didn’t get that move to City, otherwise there’d be no point in anyone else even trying to win the league.

But however good Kane was last season, this calendar year in English football belongs to one man and one man alone.

Salah has been in stunning form, hitting not only a superfluity of goals but goals of the absolute highest calibre.

There was that outrageously calm finish against West Ham (which seems an eternity ago now), the more recent one against Watford when he wriggled through an impossibly small gap and the hat-trick against Manchester United at Old Trafford.

Best of all though was the goal against Manchester City in October. If you could frame goals and hang them in the National Gallery, this would take pride of place.