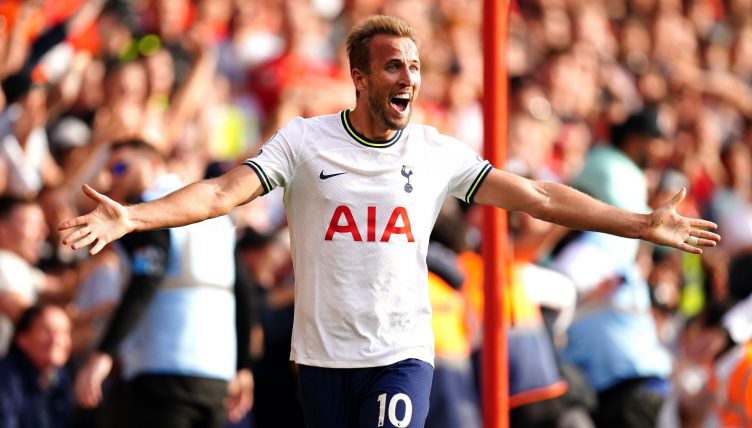 The Premier League’s 2022-23 campaign is properly up and running now – but which players have scored the most goals in the competition over the course of the calendar year?

Here they are, ranked from 10th to 1st with minutes played used to separate those with the same goal totals. Note: Brighton’s Leandro Trossard, West Ham’s Jarrod Bowen and Manchester City’s Phil Foden have scored 11 goals apiece, but miss out on this top 10 on goals-per-minute.

This year hasn’t exactly gone to plan for Ronaldo and he has surely played his final match for Manchester United after his explosive interview with Piers Morgan.

Earlier on this year, he did at least notch hat-tricks against Norwich and Tottenham. Ten of his 11 Premier League goals in 2022 came under Ralf Rangnick in the latter half of last season.

He’s not been a guaranteed starter for United under Erik ten Hag, and the goals appear to be drying up. Opportunities have been limited, but one goal in 10 appearances (520 minutes) is not the kind of return we’ve come to expect from the all-time great.

Ronaldo is 37 now and proving that time comes for us all.

The Brazilian hasn’t scored in his last 11 appearances for Mikel Arteta’s Gunners, but even when he’s not scoring, he’s proving a brilliant foil at the tip of their attack.

Jesus is the only player on this list to have scored for two different clubs (six for Man City, five for Arsenal) – he’s undoubtedly been one of the signings of the season.

"He will be disappointed." 😞

After a slow start to last season, with injuries disrupting his involvement at the Euros for Belgium, De Bruyne has returned to his imperious best in 2022.

The midfielder scored the winner against Chelsea in January, poached a brace during the spanking of Manchester United and opened the scoring during the title showdown against Liverpool in April.

He remains arguably the greatest midfielder in the world and is central to City’s hopes of success this season. The Belgian has three goals so far this season, but his nine assists in 14 games show you exactly what his job is going to be in 2022-23.

Despite their sluggish start, Leicester have one of the most prolific midfielders in Europe right now.

Seven of these 14 goals have come since the start of the 2022-23 campaign, which is a hell of a return given what’s going on around him. Thankfully his miraculous run of form was enough to grab the attention of England boss Gareth Southgate before the World Cup.

Liverpool’s Egyptian King slowed down in the latter half of the 2021-22 campaign, having endured AFCON heartbreak with his national team midway through.

Still, he did enough to clinch a third Golden Boot in five seasons and his return of four league goals amid Liverpool’s struggles in 2022-23 isn’t terrible.

He has been showing flashes of his old self recently with goals against Spurs and Man City.

Crystal Palace were one of last season’s success stories, with Patrick Vieira reinvigorating a stale squad and building an exciting side full of young attacking talent. But Zaha remains the main man at Selhurst Park.

And while Palace have not made the best start to the current campaign, Zaha has maintained his own form, scoring five goals in 11 games thus far. Overall in 2022, he’s managed a goal every 167 minutes in the Premier League.

Considering Zaha played at AFCON in January and February, his tally becomes even more impressive.

Christian Eriksen pulled the strings from midfield as Thomas Frank’s Bees pulled themselves away from relegation trouble and up to the safety of midtable in the latter half of last season, but Toney scored the goals.

A hat-trick against Norwich, just when Brentford were beginning to wobble, could not have been timed better and the striker followed that with a crucial double against Burnley.

Strikes against Manchester United, West Ham and Wolves took the striker’s tally to eight before the end of the 2021-22 campaign and he’s added 10 more in 2022-23.

A brace against Man City at the Etihad showcased just how clinical Toney has been this year.

Defending Erling Haaland must be an absolute nightmare 😅 pic.twitter.com/zkGJ5ExUc3

Son shared last season’s Golden Boot with Salah and 15 of his 23 Premier League goals came since the turn of the year.

The South Korea captain began 2022 with the winner at Watford and helped himself to a goal during the thrashings of Leeds and Everton. He then scored twice as Spurs beat neighbours and top-four rivals West Ham in March while netting a hat-trick during the dismantling of Aston Villa in April.

It took him a while to get off the mark in 2022-23, but when he did, it was spectacular. A banging hat trick against Leicester took him to 18 Premier League goals for the calendar year.

Kane has been brilliant in 2022, dovetailing expertly with Son and Dejan Kulusevksi and bagging 25 goals in the Premier League.

He’s well and truly put his poor form at the start of last season behind him and looks back to his best ahead of the World Cup.